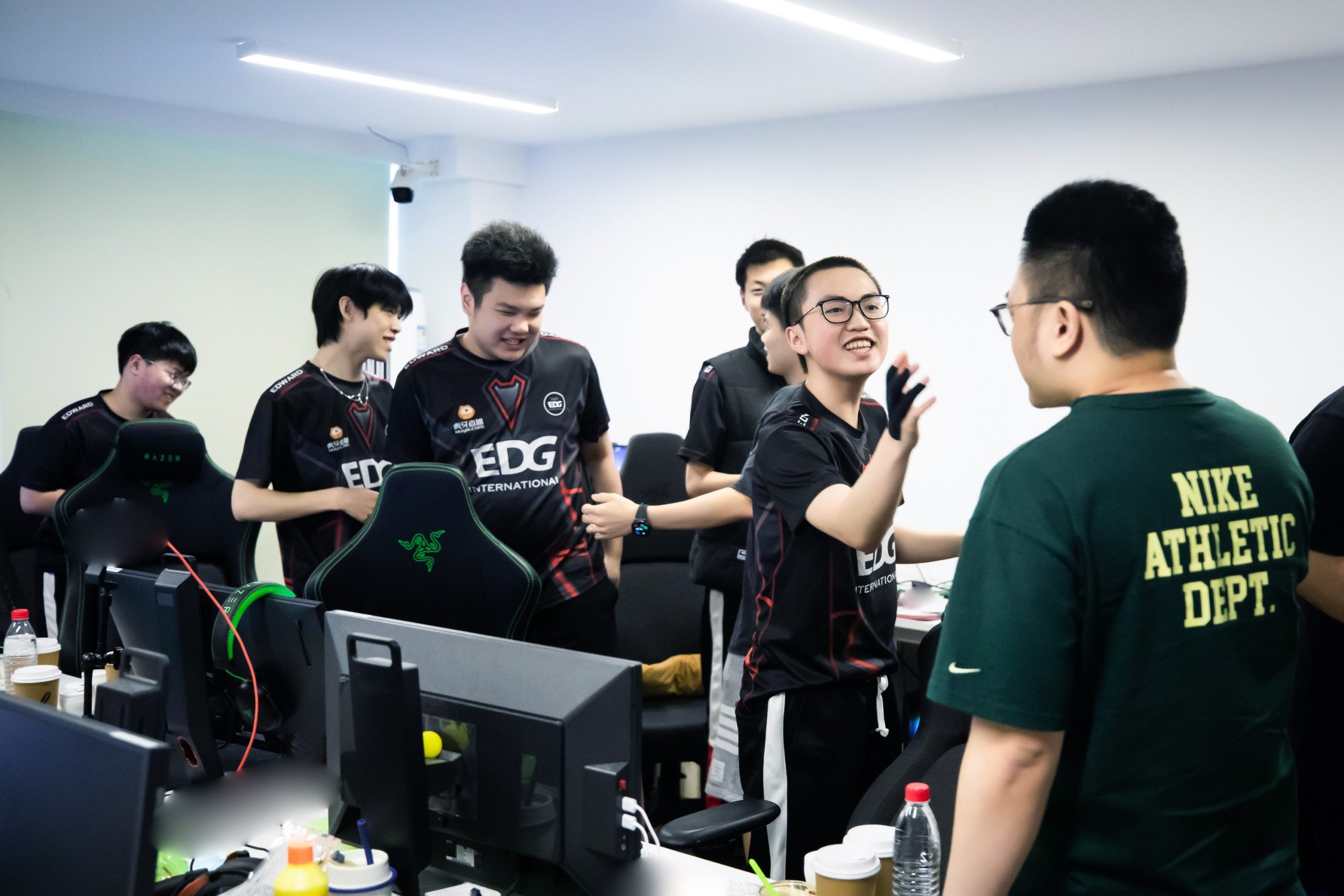 There’s no shortage of reasons to be excited about VALORANT Champions 2022. The field of 16 teams attending is stacked with star power, it’s only the second world championship but the final one before partnership takes over, and one of the most exciting regions finally makes its international debut via China’s EDward Gaming.

In the realm of Riot esports, EDG is already a dominant name. The org has consistently been a top-two team in the LPL, China’s top League of Legends system, since 2014 and they’re the reigning world champions following their stellar Worlds 2021 championship run.

But who is this VALORANT roster representing EDG at Champions 2022?

Who are the EDward Gaming players in VALORANT?

Here is the full starting roster for EDG VALORANT:

Their substitutes are Bohao “Abo” Han and Zhao “Smoggy” Zhang, and EDG is coached by former Overwatch pro Wen-Hsin “AfteR” Lo and Shijun “Muggle” Tang.

In some of the game’s most iconic regions like North America and EMEA, the top teams are a blend of experienced talent coming from CS:GO and fresh young players getting their first real professional esports experience. But for EDG, it’s all youth. The starting roster’s average age is only 19, drastically lower than the average roster age of early to mid-20s for the other teams at Champions.

In a similar fashion to 100 Thieves and its roster, EDG has built a youthful foundation that’s proven it can already handle big moments, as evidenced by their flawless run at the East Asia Last Chance Qualifier.

How did EDward Gaming reach Champions 2022?

EDG booked their ticket to Istanbul in dominant fashion. They went on a perfect run through the East Asia LCQ’s lower bracket, capped off with a decisive 3-0 victory over On Sla2ers from Korea. This LCQ run came after they finished the Chinese FGC Series as the consensus top team in the region, after winning stages two and three and finishing second in the first stage.

One thing that stuck out during EDG’s LCQ run was their stranglehold on Fracture. EDG played Fracture three times during the LCQ, and won 13-3, 13-3, and 13-4, while displaying dominant halves on both attack and defense. Breach, Neon, and Raze lead the way for EDG’s attack side, while Chamber holds down the defense.

EDG plays exactly like you’d expect a young, talented team to play: aggressive swings and pushes based purely on the notion that they could out-aim anyone. So far it’s worked, but against world-class talent from other regions, there’s a risk that their over-aggression plays right into the hands of a Liquid or Paper Rex team that’s prepared for it. And if “first event jitters” hit EDG, then experienced players in their group like ScreaM, Jinggg, f0rsakeN, kiNgg, and Tacolilla will punish them.

Much like Sentinels were in the NA LCQ this year, EDG are the proverbial wild card at Champions 2022. The gap between their floor and ceiling is massive. They could realistically be blinded by the bright lights and bomb out in groups or find themselves competing for a top-four finish in front of a crowd. But one thing’s for sure: VALORANT as a whole has been waiting for China to arrive, and with a young and electric roster full of playmakers, there’s no better first-time representative for a potential super region than EDG.