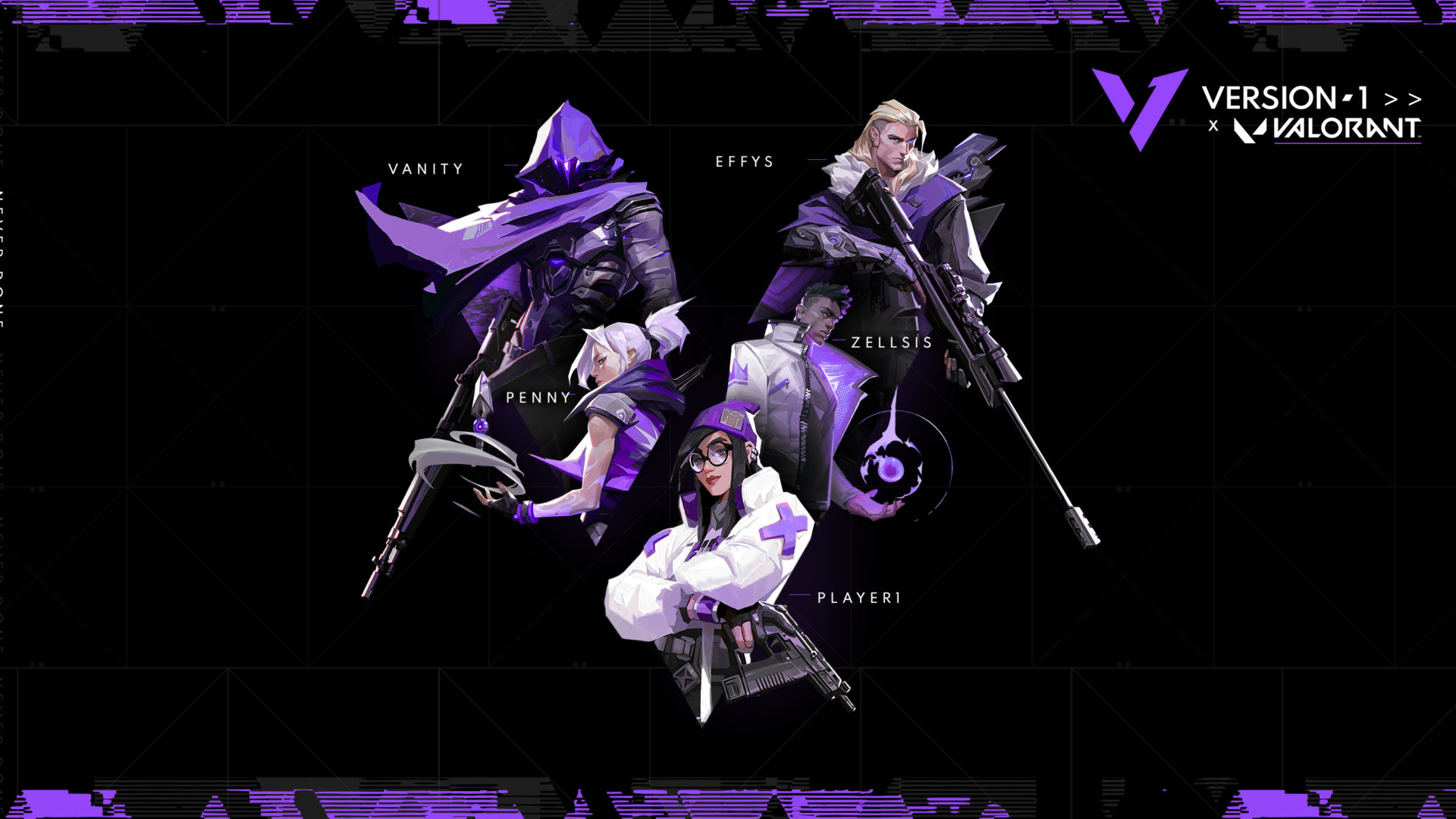 The Version1 organization introduced its VALORANT lineup today. The team had been playing together since January under the name “Never Done” but now they’ve officially joined the organization. They’ll look to make a deep run at VCT NA Challengers Two.

The Version1 roster consists entirely of former NA Counter-Strike players who have since made the transition to VALORANT. Players like Keven “PLAYER1” Champagne and Loic “effys” Sauvageau have already competed for Gen.G in 2020. Erik “penny” Penny, Jordan “Zellsis” Montemurro, and Anthony “vanity” Malaspin officially join their first org since leaving CS:GO.

Vanity will take over as in-game leader (as he did in CS:GO) and will primarily play controllers Omen and Brimstone, according to the organization’s announcement. Zellsis will primarily play duelists Phoenix and Reyna, but will also take on Sage. Penny will take on the other duelist role with Phoenix, Reyna, and Jett. PLAYER1 will play the role of a sentinel on Cypher and Killjoy, while effys will play support on Sova and Breach.

Both penny and vanity are switching to VALORANT despite having successful years in Counter-Strike on Triumph and Chaos EC, respectively. With fewer opportunities available in NA CS, they’ve turned their sights toward greener pastures.

Version1 is an esports organization owned and operated by WISE Ventures. The company also operates a Rocket League team that competes under the Version1 name, as well as the Minnesota RØKKR Call of Duty League franchise.

The Version1 VALORANT roster will compete in the open qualifiers of the VCT NA Challengers Two event. Their opening match will be against Onslaught Gaming.