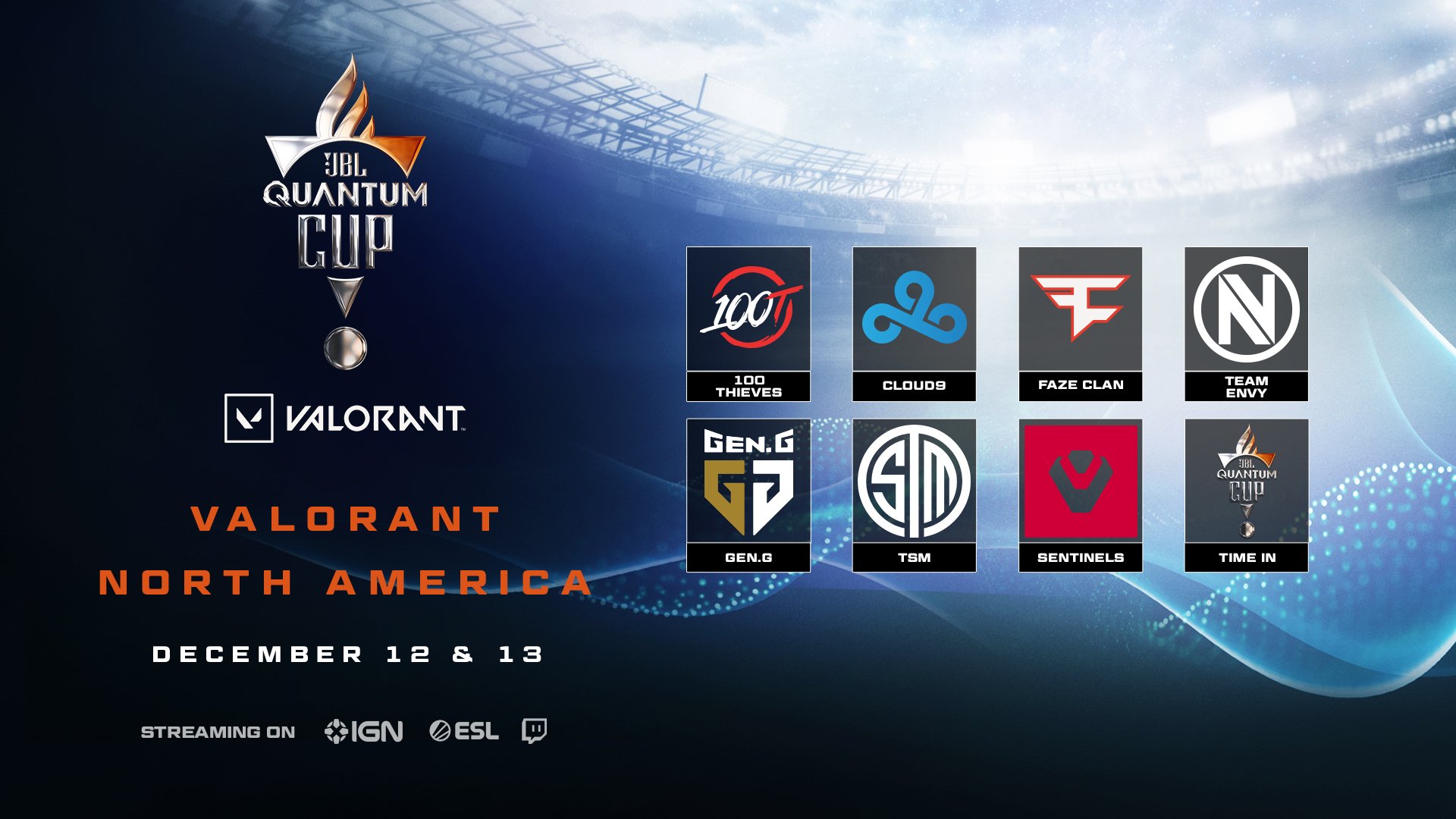 This weekend’s JBL Quantum Cup, organized by ESL, will feature some of North America’s best teams, including First Strike champions 100 Thieves. Squads will compete in the two-day tournament for their slice of the $50,000 prize pool.

The group stage on Dec. 12 will follow a best-of-one round robin format, where eight teams—100 Thieves, TSM, Sentinels, Team Envy, Cloud9 Blue, FaZe Clan, Gen.G, and Time In—will try to elbow their way into the playoffs. The cup will culminate on Dec. 13, where four teams will participate in a best-of-three single-elimination bracket to determine who comes out on top.

VALORANT fans can tune into the broadcast on the JBL_Audio Twitch channel.

Here’s the schedule, scores, and standings for the JBL Quantum Cup.