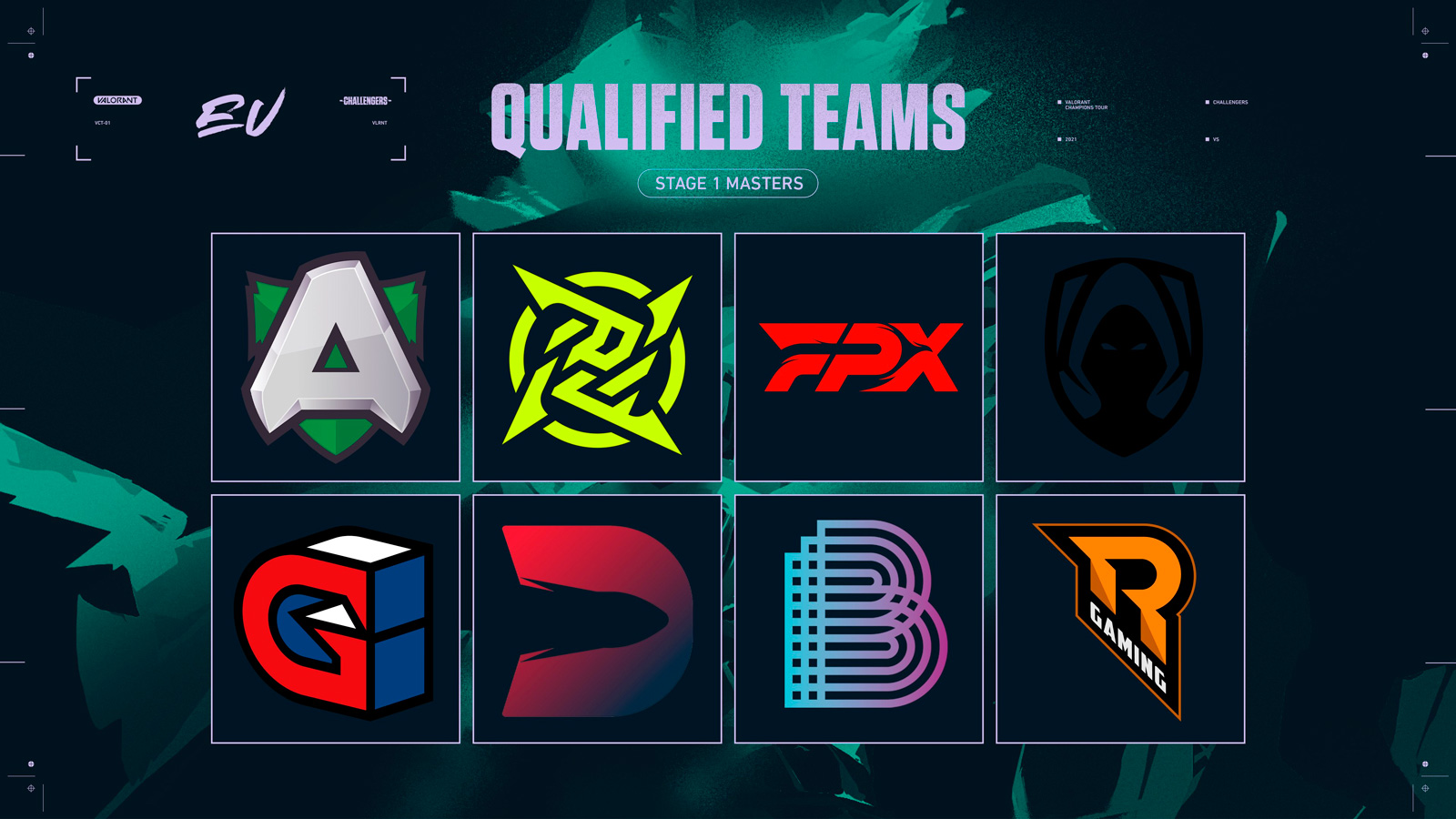 Phase one of the VALORANT Champions Tour is fast approaching its finale. Over in Europe, eight teams will participate in the first Masters event. Four squads arrived via Challengers Two, while the other four qualified via Challengers Three.

For those who’ve been watching the double-elimination brackets of North America, you’ll be surprised to see that Europe has enacted a drastically different format. The eight teams that reach the Challengers closed qualifier compete in a single-round, single-elimination bracket. In fact, it’s not even really a bracket—there are four matches and the winner of each advances.

As such, there’s a smaller sample size of matches for EU compared to their North American counterparts. But there’s enough there to rank all eight teams heading into the VCT Masters event for Europe. Here are our power rankings for VCT EU Masters One.

A heretic, a phoenix, and a ninja walk into a bar. That bar is now theirs. All three of these teams qualified for Masters the first chance they got at the Challengers Two closed qualifier. It wouldn’t be surprising to see all of these teams competing late in the EU Masters One bracket and you can expect the two Masters Two teams to come from this field of three.

Team Heretics are the reigning First Strike champions in EU. But rather than resting on their victory to close out 2020, they went to two more events and won those as well. After missing out on the first Challengers qualifier, they confidently strode into the second open qualifier and won their three matches, with only a little trouble from Polish squad Chakalaka. Then they played spoiler to the OG roster’s debut in the closed qualifier, dominating both maps with Žygimantas “nukkye” Chmieliauskas dropping 50 kills across the series.

FPX and NiP were almost perfect across both Challengers events. NiP dispatched of the (at the time) consensus best team in Europe on two separate occasions, denying G2 Esports a chance at Masters. FPX only lost one map during both events, that being their first to Fnatic in the Challengers Two deciding series, but they recovered with two straight wins on Split and Haven to punch their ticket to Masters.

In Alliance’s first go-around as a team at Challengers One, they fell just short of making the closed event after losing to FPX in the open qualifier's final round. But their ticket was eventually punched to Masters with open qualifier wins over Team Liquid and DfuseTeam, then over Wave in the Challengers Two open qualifier. As impressive as this was, the team has still struggled against the top-tier squads—and they're the only team without a full roster after dropping krea6on.

For the Guild Esports roster, the third time was the charm. They made the closed qualifier for Challengers One but failed to finish in the top four. Then on the doorstep of qualifying to Challengers Two, they lost a heartbreaker in overtime to Fnatic due to a late spike plant. But rather than spiral down after a tilting loss, they rallied with a nice Challengers Three open qualifier run, then beat Wave to secure their Masters spot. After needing three tries to make Masters, Guild need to show a little bit more to be considered for the top echelon.

Guild were one of the four teams that qualified for Challengers Three via the open qualifier and all four of those teams won their series to make it to Masters.

Why are the well-known teams from big organizations like G2, Fnatic, and OG not participating in Masters? Because these teams beat them.

The Dfuseteam roster actually formed in July under the name Opportunists, then joined the French organization Dfuse in November. They won a few small regional events before jumping into the Challengers field and were one series win against Alliance away from qualifying for the second closed qualifier. They took out two big names in the open qualifier in Movistar Riders and Giants before facing their biggest challenge: G2.

After G2 took map one 13-3, it looked like they’d finally break into Masters at the expense of Dfuse. But Jonathan "TakaS" Paupard switched over to a duelist and turned on his carrying function, dropping 50 kills over the next two maps to reverse sweep G2 out of Masters contention. With the roster now departed from the Dfuse organization, they’ll be playing for more than pride, prize money, and VCT points. They’re playing for a home.

Ballista Esports are the lone Polish squad represented in the Masters field. Very little is known about the team that just formed at the end of January. The team jumped into contention for Masters at the tail end of the Challengers Three open qualifier. After surviving that process, they stood face-to-face with Fnatic, who had narrowly missed the top four in both Challengers Two and Three. Unfortunately for the former SUMN FC roster, their struggles at the final hurdle continued. Ballista won their own map pick of Haven then stole Fnatic’s pick of Bind in overtime via heroics from duelist Kamil "baddyG" Graniczka.

Finally, we have Raise Your Edge Gaming, an international roster that, like Ballista, formed late in January just before Challengers. After an early exit at Challengers One, they came together for the third and final qualifier but had a little trouble closing out weaker opponents in the open qualifier. But they showed up when it mattered in the closed series against OG, easily taking the series 2-0, including a 13-3 rout on Ascent.

These teams are lower in the rankings only because they have smaller sample sizes, not because they’re objectively worse than the other teams. And they’ve proven they can beat teams that are widely considered “better” than them.

In just a few days, starting on March 12, these teams will definitely decide who the best in Europe is at VCT Masters One.