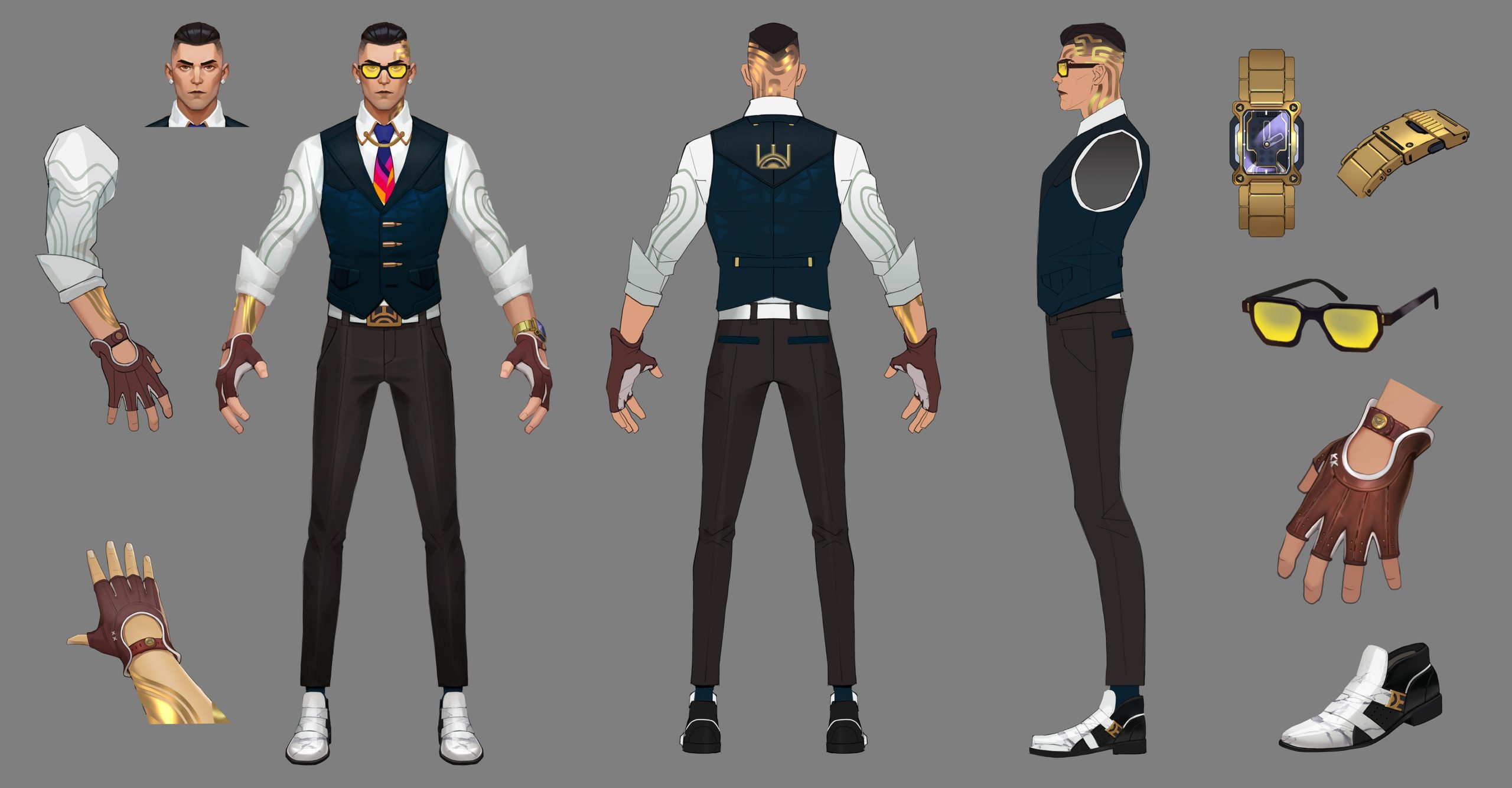 VALORANT’s new agent is a well-dressed, well-armed weapons designer who leverages his custom-made arsenal to hold the line and pick off enemies from afar.

Chamber, a French sentinel agent, takes inspiration from the archetype of the “gentleman assassin,” according to Riot. His gameplay revolves around “highly lethal, pinpoint accuracy” that makes use of an array of weapons and gadgets, including a pistol and a great big golden sniper rifle.

As a character, he’s a perfectionist—a person who cares about the finer things in life from the cut of his vest to the color of his threading.

“That feeling was the core of his thematic: the idea that the distance of the shot, the breeze in the wind, the type of powder in the ammo, all these fine details must be taken into account to land the perfect hit,” Riot said.

Here are all of Chamber’s abilities.

Place a trap that scans for enemies. When a visible enemy comes in range, the trap counts down and then destabilizes the terrain around them, creating a lingering field that slows players caught inside of it.

Activate to equip a heavy pistol. Alt fire with the pistol equipped to aim down sights.

Place two teleport anchors. While on the ground and in range of an anchor, reactivate to quickly teleport to the other anchor. Anchors can be picked up to be redeployed.

Activate to summon a powerful, custom sniper rifle that will kill an enemy with any direct hit. Killing an enemy creates a lingering field that slows players caught inside of it.