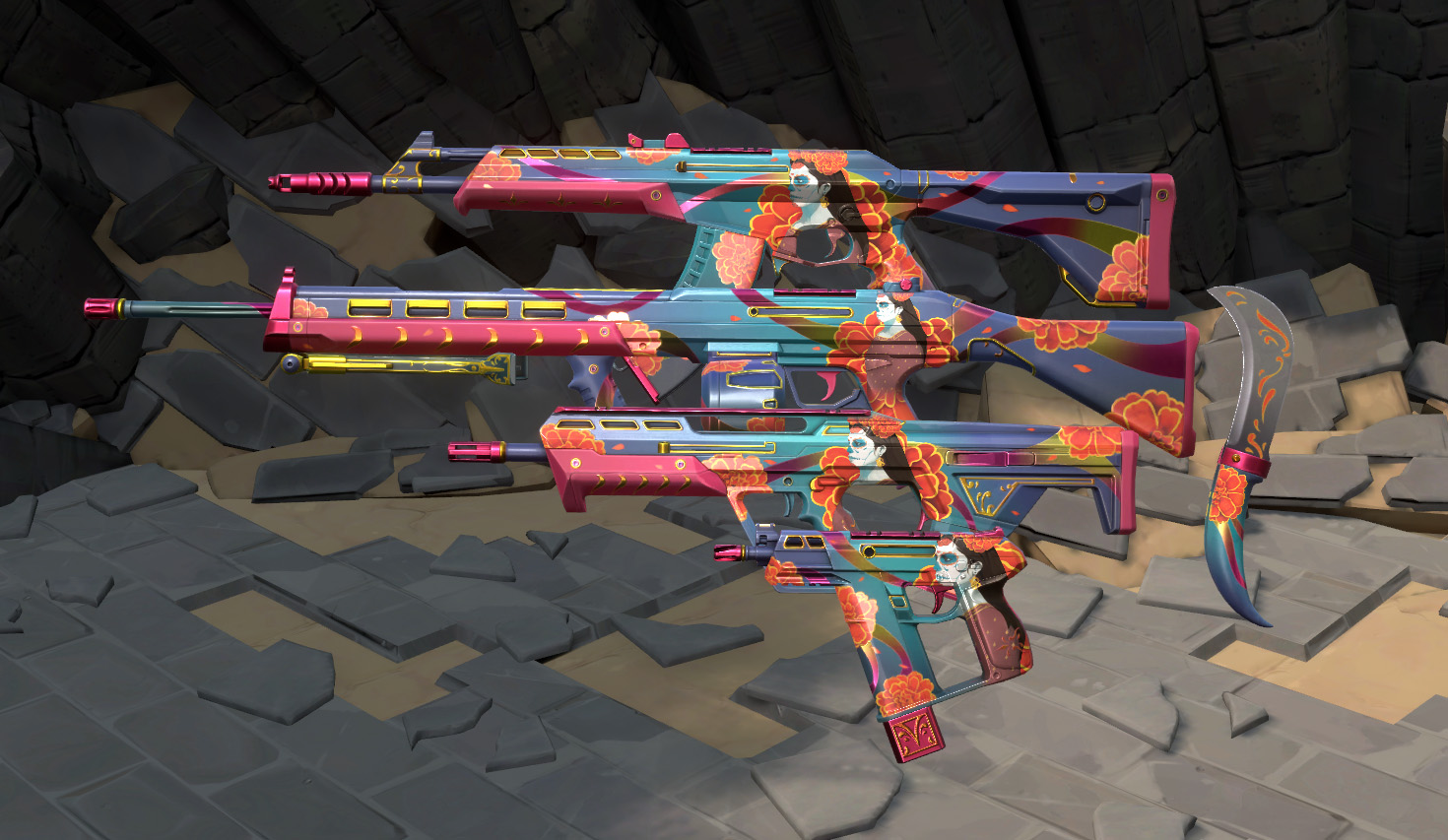 Riot Games has explained the process behind VALORANT’s Nunca Olvidados skin line, inspired by the Mexican holiday Día de los Muertos (Day of the Dead), in a new blog post.

Día de los Muertos is a Mexican holiday that takes place on Nov. 1 to 2 and is a “celebration of the life and death of our families and loved ones.” Participants create a small altar called an ofrenda that’s decorated with food, drinks, and pictures of deceased family members. The offerings help the spirits find their way home and visit their living family members every year.

The Day of the Dead has grown in popularity in recent years, so VALORANT created the Nunca Olvidad skin line to honor the holiday and traditions and give the skins an authentic feel.

VALORANT’s outsource supervisor Sammi Pedregon explained the process behind creating the new Nunca Olvidados (never forgotten) skins and how they brought her closer to her heritage as a second-generation Mexican American. Pedregon was excited when she saw the concept art created by Josh Kao, featuring marigolds, the lady in calavera face paint, and the glow in the dark variant.

Pedregon was assigned to outsource the skin line and the team worked closely with Riot’s Mexico office on the design to “ensure we brought authenticity and respect to the tradition—and strayed from kitsch.” The team also determined releasing the skins from Oct. 20 to Nov. 2 would be perfect since those dates overlap with Día de los Muertos.

The Nunca Olvidados skins were originally designed to transition between a night and day texture depending on in-game shadows, similar to the Winterwunderland skin. But the team listened to player feedback about preferring two variants instead of a transition, allowing them to always have their preferred option active.

The lady prominently featured on the skins isn’t directly textured onto the gun but is instead projected from the player’s camera. This helps maintain the elegance and design of the lady, ensuring the themes and vision match in-game. The team also focused on visual pillars to ensure the skins accurately represented the Day of the Dead.

“We steered away from anything that would make the skin look childish, have a sense of grief, or misrepresent what the holiday means,” Pedregon said. “This isn’t an alternative Halloween, it’s a celebration. The concept held to these values well, and I wanted to make sure these were respected in the 3D phase of the skin too.”

After receiving the initial designs, the team added details to the light and dark variants, like the gold accents on the light design and brightening the background behind the lady to help her stand out. The final skins represent Día de los Muertos in an authentic manner without cliché, allowing players to celebrate the holiday in-game with an incredible skin line.