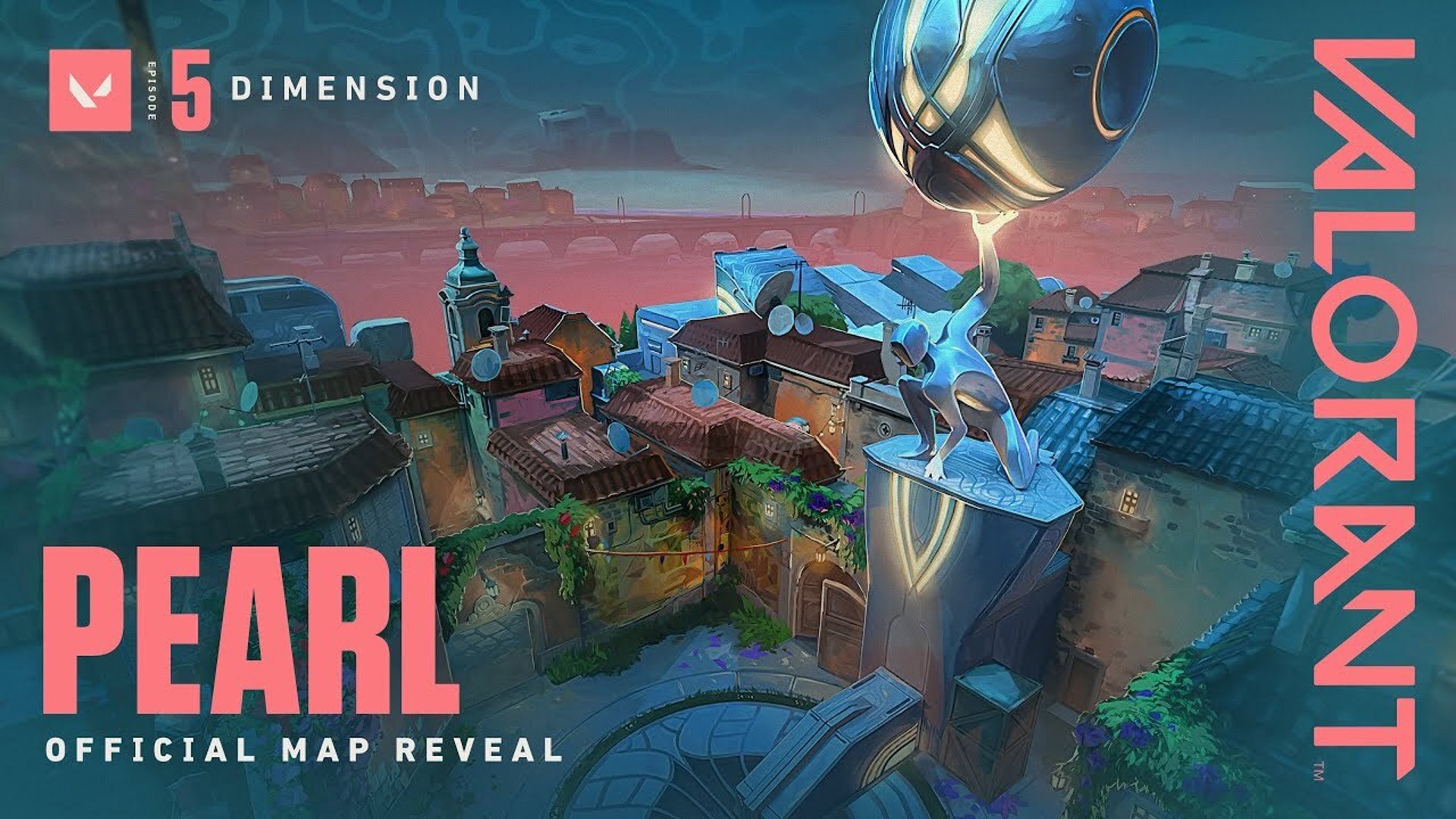 Riot Games has released the official trailer for the new VALORANT map Pearl after leaked gameplay surfaced on Facebook.

Gameplay of VALORANT’s latest map Pearl was leaked on Facebook by an account named Gaming Leaks & News an hour before the official trailer for the map was revealed by Riot. The video that was posted on Facebook was over eight minutes long and showed parts of the new map, including a new close-quarters staircase and a few battle pass weapon skins.

Pearl is an entire city encased in a Radianite-infused polycarbonate created by Kingdom Industries, according to the trailer. The new map appears to only feature two bombsites unlike VALORANT’s Haven map and is a mixture of long corridors and alleyways with buildings, like the Multiverse Museum, scattered throughout. Outside of the long hallways to take gunfights down, Pearl also appears to have several corners and hiding spots for enemies to lie in wait.

The leaked footage also included several battle pass weapon skins, such as a Bulldog skin with various different blues to match the underwater atmosphere. There was even a gold-covered Judge, which appears to be another variant of the blue Bulldog skin. Toward the end of the trailer, the player can also be seen holding a similar patterned skin in red. There were fire-inspired Guardian and Operator skins as well as industrial weapon skins that appear to be the main battle pass line. These industrial skins were shown on the Frenzy, Marshall, Phantom, and a knife melee.

Outside of battle pass skins, the leaked footage also showed the new weapon skin bundle coming with the next act. These skins have a power core similar to the Ion weapon skins and have the same futurist but industrial feel and feature bright neon colors.