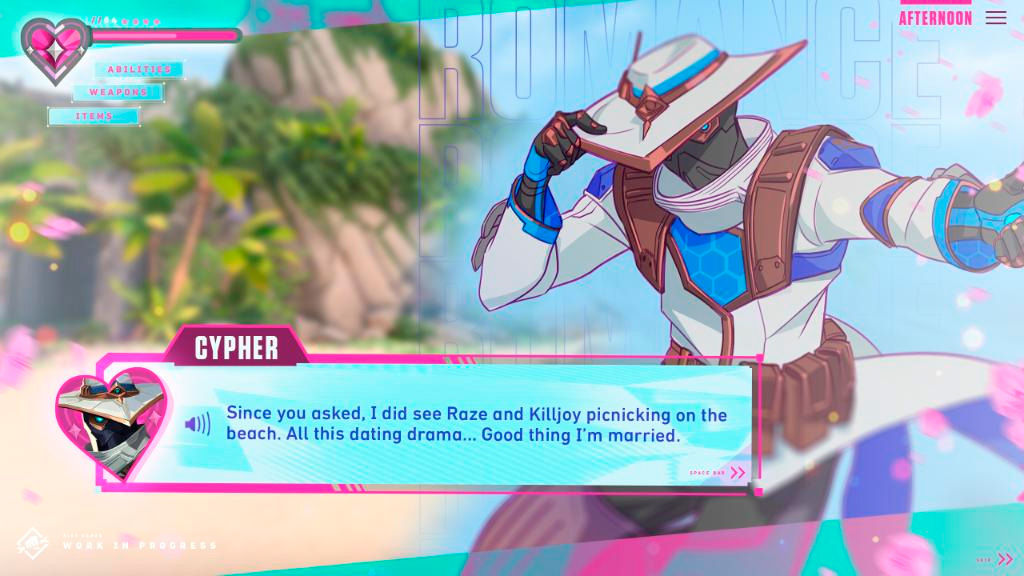 The return of the VALORANT Night Market has brought with it some hidden details that suggest the next new map may be located somewhere in the Caribbean.

On the Night Market banner, the short-hand version of Caribbean can be seen in the center next to a crossed-out word. Some people in the community seem to think the crossed-out word reads Breeze, which alone sounds like it would fit the theme.

In the corners of the Night Market banner, the coordinates of 25° N and 71° W can be read. If you enter these into Google, you get a marker on Google Maps that’s almost exactly in the center of the Bermuda Triangle. The Bermuda Triangle is a region of the Atlantic Ocean north of the Caribbean that’s shrouded in mystery since many ships and aircrafts have disappeared there over the years.

Many fans are already speculating about either a beach-side map or one taking place potentially on a boat. Some even believe the image of Cypher on the beach from the VALORANT dating simulator, an April Fools’ Day joke by Riot, is an indicator that the next map is heading to a sandy island shore.

Codenamed “Foxtrot,” the next map would be the sixth official map added to the rotation. The first five all used the NATO phonetic alphabet in their code names as well (Alpha, Bravo, etc.).

Riot has yet to confirm any details about a new map but an important date to watch is April 21, which is when Episode Two Act Three begins.