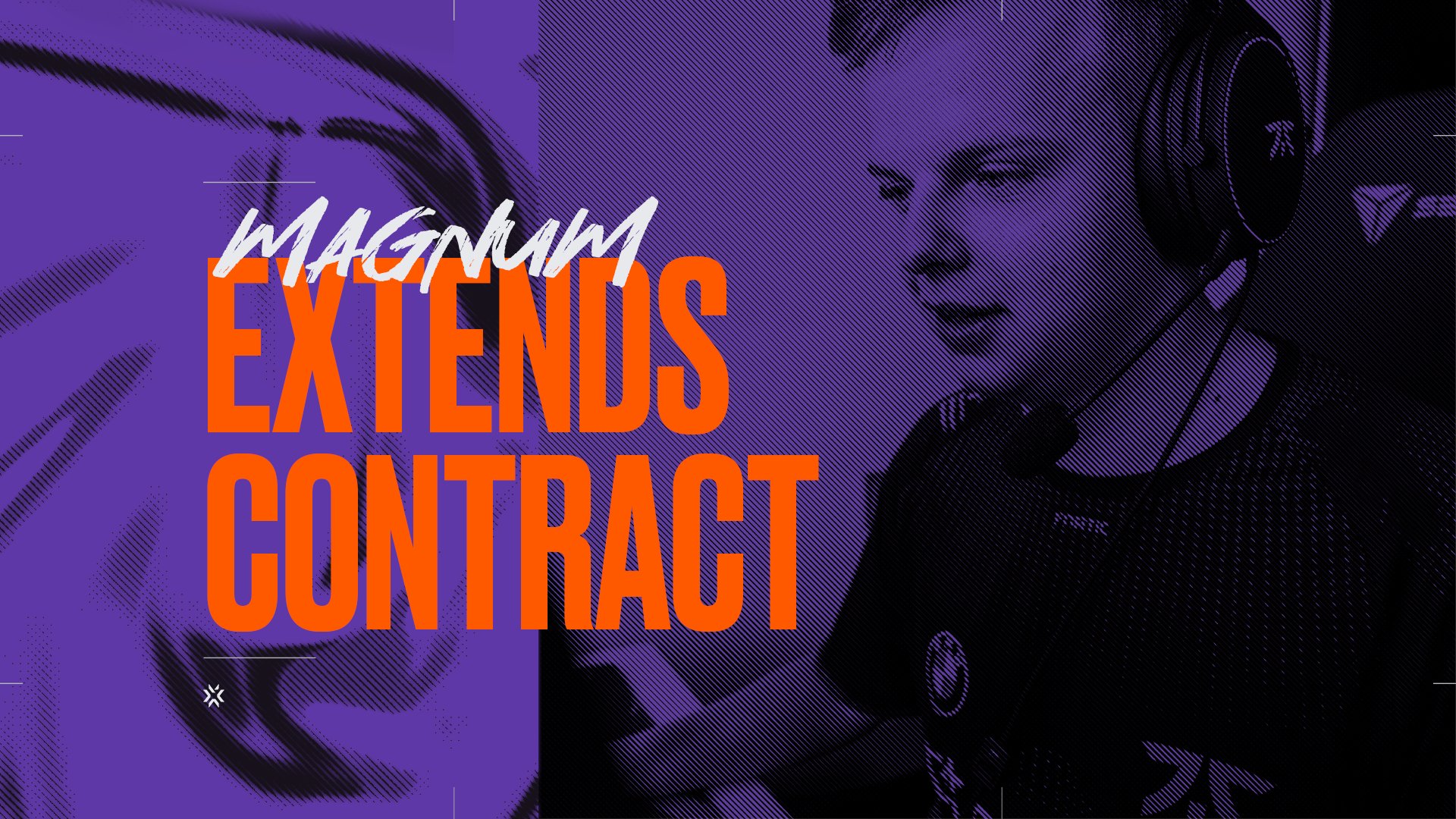 Magnum has been a standout player for Fnatic since his arrival from HOMELESS. The 19-year-old plays with more supportive agents like Killjoy, Cypher, and Skye, for example, which normally affects players’ ability to frag. But he’s still good at getting kills for his team. The Czech support was one of the best Fnatic players during their runners-up finish at VCT Masters Two Reykjavik, averaging a 215.6 ACS, 1.10 K/D ratio, and 138.8 ADR, according to VLR.gg’s statistics.

This contract extension comes less than a week after Fnatic lost 3-2 to Team Liquid in the EU VCT Stage Three: Challengers Two lower final, which means Fnatic will miss the EMEA Challengers Playoffs. But the organization’s management has faith in the project, according to Fnatic’s team director Colin “CoJo” Johnson.

“We didn’t get the results we wanted in Poland, but that doesn’t change the fact that we have the youngest, highest ceiling team in Europe and Magnum is a core piece of that,” CoJo said on Twitter.

This new deal is seemingly among the longest publicly announced contracts in VALORANT, if not the longest. This practice isn’t all that unusual in other games but it’s a huge deal in such a young esport like Riot Games’ FPS and shows that Fnatic is heavily investing in it.