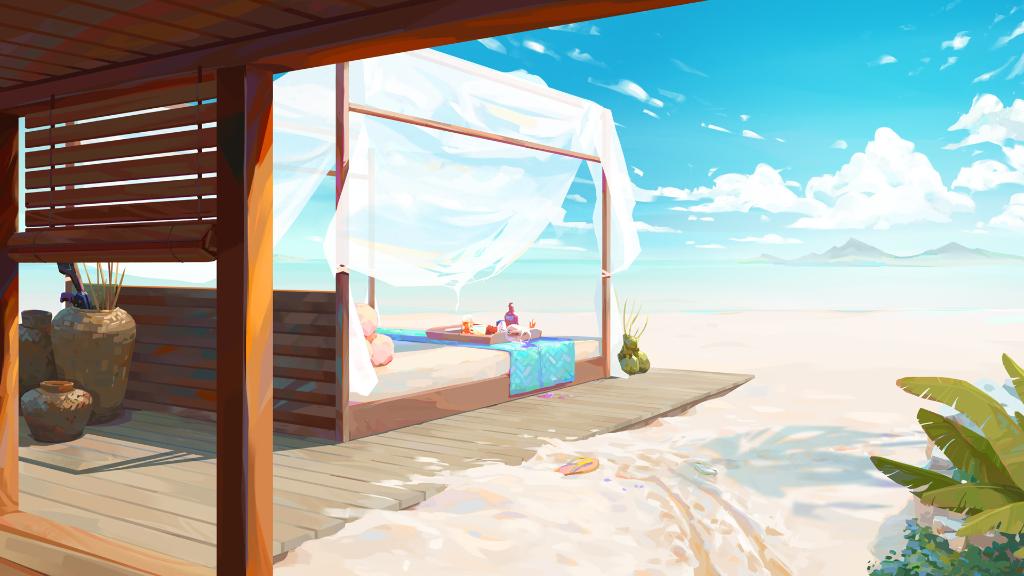 New images that were leaked earlier today might provide VALORANT fans with a first look at Breeze, the rumored next map coming to the game.

Three images were reportedly posted by a VALORANT Vietnam account this morning before being removed. English versions of the images were eventually posted by the official VALORANT Twitter account, though. These images show new angles of a peaceful beach and a never-before-seen stone archway.

The stone archway could be the first image of the actual map and players can see a large open area near a lighthouse toward the back of the image. The foreground shows a short flight of stairs and an opening to the right, which likely leads to another area of the map.

The images also feature text saying “discover,” “escape,” and “wander,” respectively. This aligns with the previous hints about the new map taking place in a tropical location.

Riot Games recently released a short video clip of a beach that slowly turned dark as gunfire and explosions can be heard in the background. Multiple beach advertisements have appeared across each map and data miners found tropical-themed loading music in the game files last month.

Items in the latest battle pass also hint at a new tropical-themed map. It’d be a locale not featured in VALORANT yet.

VALORANT fans can likely expect to learn more information about the rumored map soon. Act Two ends in five days and the new map might appear at the start of the next Act.

Update April 21 10:07am CT: Riot officially released the previously leaked images at 10am CT. This article was updated to reflect this.