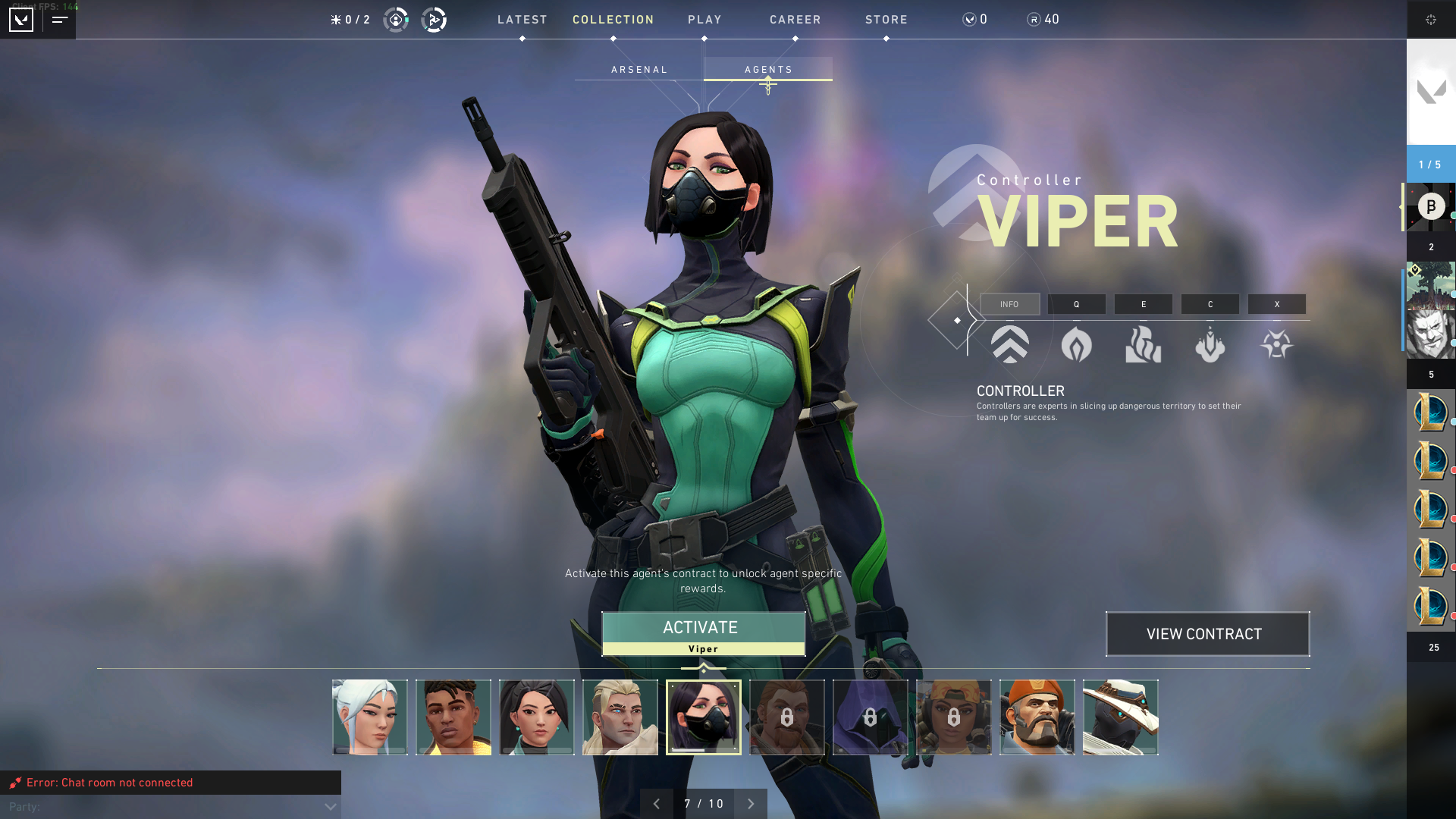 Viper is one of the many characters playable in VALORANT that comes with a unique ability pool that might not be for everyone.

Her abilities and playstyle revolve around zone control, reducing the vision and health of enemies to weaken them, and making them vulnerable to a barrage of bullets—not to mention, obstructing their vision and communicating in the process.

Viper likely won’t be for everyone. Your abilities can be scattered across the maps and need to be placed strategically to make the most of them. As soon as you place your Q or E ability, you won’t be able to pick them up again.

Viper isn’t a character for everyone and it really does come down to her moveset.

Her moveset damages all players—allies or enemies—with decay, which reduces health while in any toxic cloud. This includes her Poison Cloud, Toxic Screen, and Ultimate ability. The damage doesn’t affect you though.

Ideally, what Viper players want to be doing is setting up their abilities across vital choke points on the map. Watch your Toxic meter though, as soon as it drops to zero, you won’t be able to keep the abilities and will need to wait a while to access them again.

You also want to pick your angles and make the most of her abilities. Finding a good line of sight where you can create a massive wall to vision block and decay is far better than a small wall. Use the most of your abilities firing distance and you can become a cross-match fiend.

Keeping tabs on the amount of toxic and toxic management is key to making the most of the character, which is where a lot of people get stuck when playing Viper. Using both Q and E abilities reduces your toxic fast, so switching between both and knowing when to use the ability separates the Viper mains from the scrubs.