After a successful beta period, the full version of VALORANT went live earlier this week. Though the beta was crucial to fix countless bugs, glitches, and exploits, game launches have a reputation for introducing new ones to replace previous issues.

The error “VALORANT cannot be launched with your current compatibility mode” has become especially common after the game’s launch. It prevents players from getting into the game.

While it’s unknown what triggers this error to pop up, it has one of the easier fixes compared to the other errors.

How to fix VALORANT’s compatibility error?

Riot hasn’t come forward with a fix or a statement to acknowledge the issue, but VALORANT fans were quick enough to find their own means to bypass the error.

To fix the issue, try launching VALORANT via its executable file located in its folder. Running the game through a shortcut seems to be the main cause of this error.

The second fix includes removing the administrative rights you may have given to VALORANT. Though running a game in administrative mode is often advised to increase performance, it looks like it may be causing a shortage inside VALORANT that results in this error. 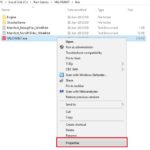 Right-click on your VALORANT executable file and click on properties. Navigate to the compatibility tab and remove the check on the box that says “Run this program as an administrator.”

Follow this procedure for your Riot client executable files as well and make sure to restart your PC.

If the error keeps popping up after making these adjustments, we recommend you go into the Compatibility options of your VALORANT executable file again and change the compatibility mode for it this time. 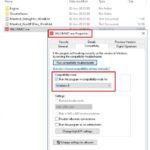 Check the box that reads “Run this program in compatibility mode for” and set it to Windows 8. We recommend a second restart after completing the process.

In case both of these options fail to fix your problem, contact VALORANT’s support team and explain the steps you’ve taken toward fixing the issue alongside providing a screengrab of the error.

The compatibility error is likely to be patched by Riot in future versions of VALORANT since running a game in administrative mode doesn’t have a history of causing problems in games. But until that happens, these are the most effective solutions you can try out to fix the issue.