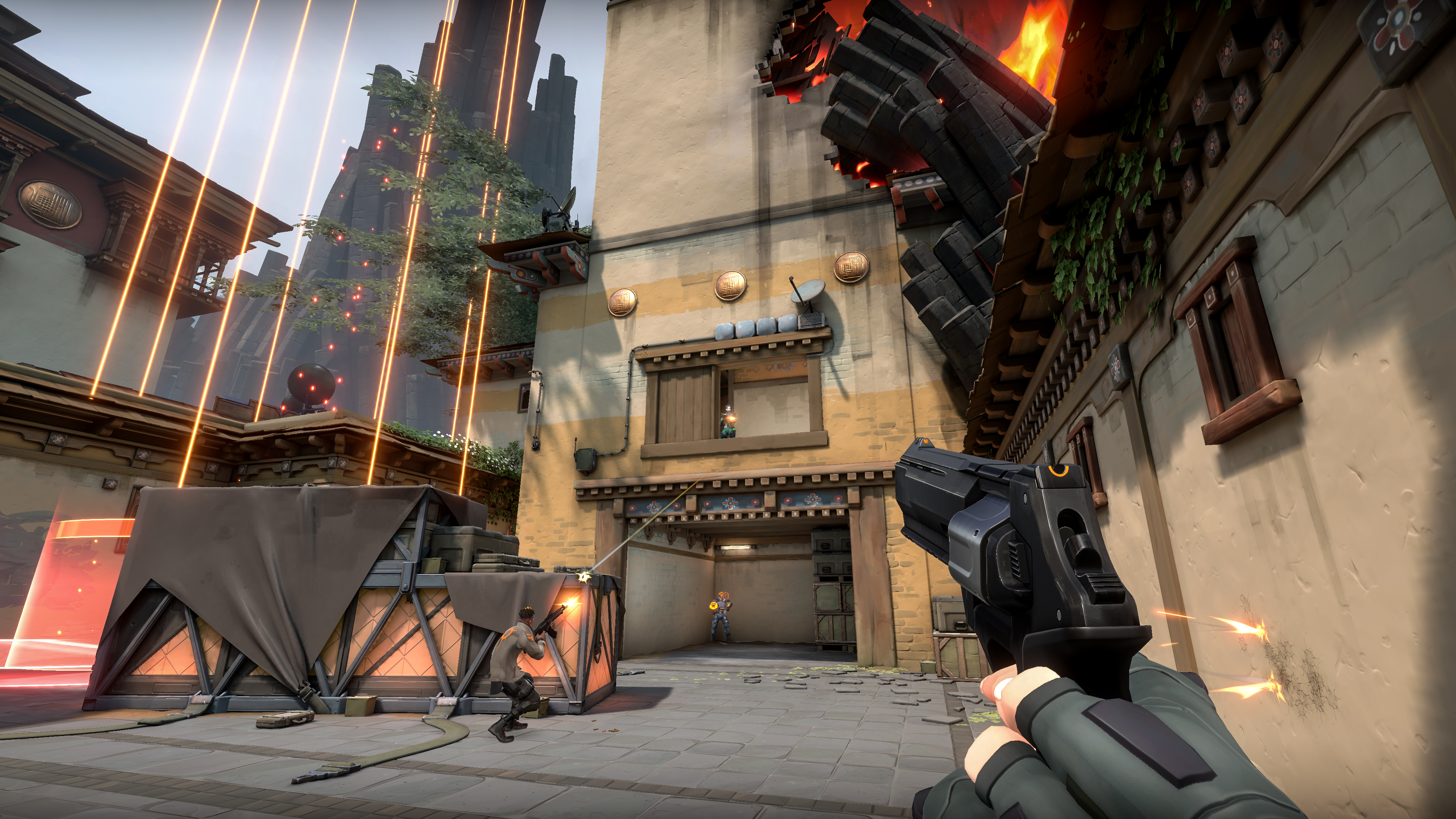 Riot Games’ newest tactical shooter, VALORANT, has taken over as one of the most popular games on the PC market today. The game has several unique agents that bring their own flash and flair to the fight, complete with different powerful abilities that can help turn the tide for your team.

From abilities that give you vision through walls to blocking away entire sections of a bomb site, VALORANT has a diverse cast of characters that can be useful in almost any situation.

Here are some of the best basic abilities in the VALORANT closed beta.

Sage’s Barrier is one of the more game-changing abilities available, since it’s one of the best ways to control a space in important situations. It costs 200 credits to buy it, but the practicality it brings to a team—whether they’re attacking or defending—is invaluable.

The wall that Sage brings rises from the ground when used and is made up of three segments that all have their own health bar that can be destroyed. It takes a good amount of damage to take these wall segments down, and unless you’re Omen or Jett, you can’t get around this barrier without destroying it.

As a result, Sage can be used to secure a bomb site as an attacker by completely blocking off a pathway for defenders, or she can lock down a bomb site as a defender, forcing the attackers to rotate around or waste time and ammo shooting the wall.

Players can also be boosted up onto the wall if Sage activates the ability under their feet, giving allies a great vantage point and angle to take down unsuspecting enemies.

Another ability from Sage’s stacked kit, her Healing Orb, also has crazy value. The ability is simple; the player either targets a teammate for a gradual heal back up to 100, or they can heal themselves up to 100 instead.

In a tactical shooter, damage is incredibly important to keep track of. With Sage, however, teammates can play a bit more aggressively since they can gain it all back with a well-timed heal.

This ability also recharges during the round for free, which makes it useful for attackers who are protecting their bomb from a retake, since any damage Sage’s teammates took during the bomb push can be healed away. Ultimately, Sage is the most important agent to have on a team, since her basic abilities can make the difference between a win and a loss.

Brimstone has quickly become one of the more essential characters of VALORANT, due to the sheer amount of utility he brings to a fight. His Sky Smoke ability, for example, can be the difference maker when it comes to taking or holding a site.

On offense, this is a key ability since it can allow your team to walk up and rush a bomb site in a relatively safe manner. Enemies can still shoot through the smoke, but usually they’re blindly firing in the hopes of landing a lucky shot or two.

On defense, this can force an enemy team to stall out their push—the rest of your teammates can set up angles and prepare to fire once the smoke dissipates, putting the enemy team in a rough spot.

Vision is key in any tactical shooter, and with Sky Smoke, players can block out an enemy’s sightline from almost anywhere on the map with precision and speed. Always have a Brimstone on your team if you want to succeed.

As one of the newer agents that VALORANT fans have gotten their eyes and hands on, Raze excels in zone control and clearing out enemies with the plethora of explosives she has in her arsenal. Her Paint Shells ability is a essentially a cluster grenade that deals a ton of damage in a pretty wide area-of-effect.

She can buy up to two of these grenades, which she can throw one after the other. These cluster bombs can create havoc among any enemy team, since they can reduce a player to minimal health if they are still close to the blast zone.

These grenades—and the mini-grenades that come forth after the initial explosion—force people to reposition themselves with haste, which could ultimately throw them right into the waiting crosshairs of you eager teammates. The damage is surprisingly high, and with a tactical shooter, you’ll want as much damage as you can get.

This ability is great for entry fraggers and site defenders alike, since it’s basically a incendiary grenade that damage enemies, while also healing Phoenix if he stands on it. Hot Hands can be thrown into choke points to help stall out an enemy rush, or it can flush out the opposition from a known angle hold.

On the other hand, Phoenix can throw Hot Hands down under himself for a quick heal. It’s very flexible with its uses, and is great in many situations. Although it doesn’t do a lot of damage, it recharges after a certain amount of time, which means players can use it often to keep their health topped up during a round.