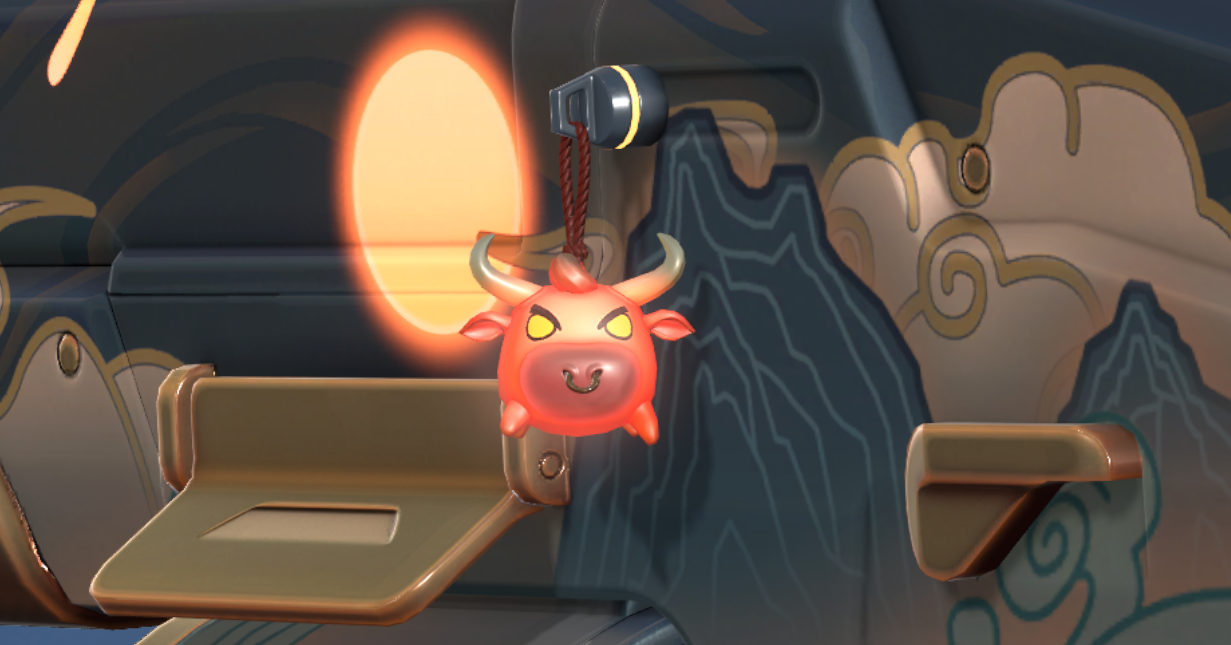 Gun buddies in VALORANT are merely accessories used to decorate your weapons. But they’re so damn cool.

While a gun buddy is strictly cosmetic—and can sometimes pose a distraction—they’re a great way for VALORANT players to express themselves and customize their experience. And with so many options, fans can easily find the perfect buddy to pair with their favorite skin.

Whether they’re free, purchasable cosmetics, a part of the battle pass, or a gift from a Rioter, here are the best gun buddies in VALORANT.

Who doesn’t love boba, especially when it’s poured into an adorable cat cup?

Introduced in the Episode Two, Act Three battle pass, the Boba buddy has a great colorway that matches a lot of VALORANT‘s louder skins. You can throw it on the Singularity’s purple-pink variant just as easily as Glitchpop and it will still make sense chromatically. And as one of the tac shooter’s cuter buddies, Boba offers a fun reprieve from some of the more serious cosmetics.

It’s time to get funky.

This buddy is literally a spinning, golden disco ball, bringing strong ’70s vibes to VALORANT. While its less flashy version was easier to snag in the Episode One, Act Three battle pass, players who grinded through the epilogue were rewarded with the golden Discotech buddy. And since it matches with showy skins just as easily as it does with plain ones, this buddy is a winner.

The Ancient Mysteries Revealed buddy is admittedly a niche cosmetic. But it’s perfect for Omen mains.

The typically-red octopus changes colors when equipped to Omen’s Soul Silencer contract skin, taking on purple and bright-blue hues instead. This Easter egg was a nod to a hilarious community theory that claims Omen is actually an octopus. And even though Riot has yet to confirm anything, this gun buddy says it all.

Players don’t want to get the ox angry.

Riot celebrated 2021’s Lunar New Year with the Celestial skin line, offering cosmetics for a number of VALORANT weapons. And this gun buddy pays homage to the Year of the Ox, designing an adorable buddy to hang on the side of your weapon. The cosmetic interestingly changes expressions while the gun is firing, with the animal glowing red with anger, making it an imposing figure on the battlefield.

The Elderflame Collection is one of the more controversial skins, with players either loving it or finding it too distracting for the price. But the gun buddy is unmatched. With a dragon talon literally holding an eye, this is the ideal cosmetic for fantasy enthusiasts. And since it features hues of dark purple, bright orange, and yellows, there’s a huge selection of skins that you can accompany it with.

Arguably the rarest gun charm of them all, the Fist Bump buddy is as exclusive as it gets.

The Fist Bump buddy sports Riot’s typical logo on a black and red hexagon. While its design isn’t exactly revolutionary, its exclusivity is what makes it a hot commodity. Rioters are given a number of Fist Bump buddies that they can give out for free. VALORANT devs will sometimes hold giveaways on Twitter to dish out any extra First Bump buddies they have. But it seems like many Rioters are out of buddies for the time being.