VALORANT Episode Three, Act Two is coming soon and will introduce tons of new content for players to unlock and enjoy.

For the first time, players can unlock skins for the Operator, Phantom, and Vandal in the same battle pass, alongside new skins for the Sheriff and Ghost. The new battle pass will also feature hilarious pop culture references with unique gun buddies and sprays, allowing players to further customize their experience.

The VALORANT art team noticed players enjoyed the jokes and memes in previous battle passes and leaned into this concept for the upcoming battle pass. This battle pass includes more “series” content for players to collect, like the Versus cards and Map Schema, according to VALORANT’s senior producer Preeti Khanolkar. 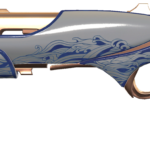 The Porcelain skin line is available for the Bucky, Ghost, Marshal, Phantom, and a new melee weapon. This unique skin collection gives each weapon an elegant and sophisticated look with smooth surfaces and decorative flowers. Each weapon has a blue, green, red, and white version. 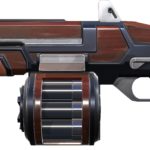 The Walnut skin line is available for the Bulldog, Judge, Sheriff,  and Stinger. Like the name suggests, the Walnut skin collection gives each weapon a dark brown color scheme with leather details. This skin line is perfect for players who don’t want a flashy skin but still crave a unique style. 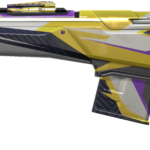 The Electroflux skins are available for the Guardian, Odin, Operator, and Vandal. This skin line features a yellow, black, purple, and white color scheme covering each weapon. 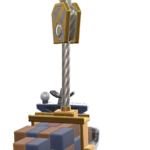