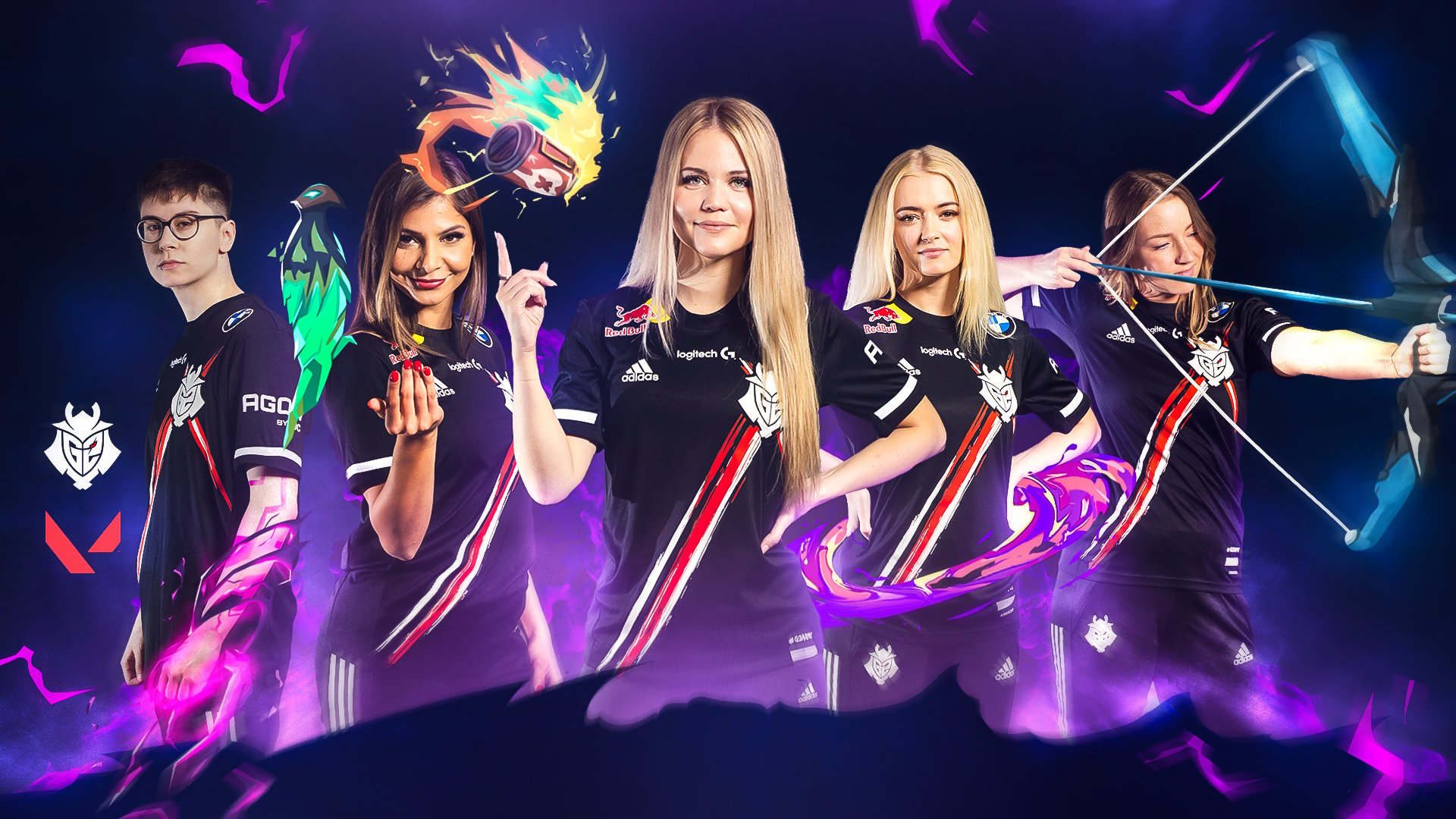 The new roster consists of Julia “juliano” Kiran, Michaela “mimi” Lintrup, Petra “Petra” Stoker, Zainab “zAAz” Turkie, and Anja “aNNja” Vasalic. With the exception of aNNja, all of the G2 players most recently switched over from CS:GO after competing under the XSET organization for most of 2021.

Between stints with Team Secret, Beşiktaş Esports, and eventually XSET, this four-woman core established itself as one of the best female teams in CS:GO with a plethora of trophies coming from numerous all-female events. The players left XSET last month, announcing their switch to VALORANT while seeking a new org to represent them.

They played in the first EMEA Game Changers event under the name The Originals and were joined by aNNja, who had been moved to the Rix.GG Lightning bench just two months ago. The Originals reached the semifinals, falling to eventual champions Tenstar Nova. Between qualifiers and the main event, aNNja finished with the highest ACS and KD of all players at 325.1 and 1.98, respectively, on Jett and Raze, according to VLR.gg.

The newly signed G2 women’s roster is expected to be competing in the qualifiers of the second EMEA Game Changers event, which is scheduled to begin on Oct. 25.