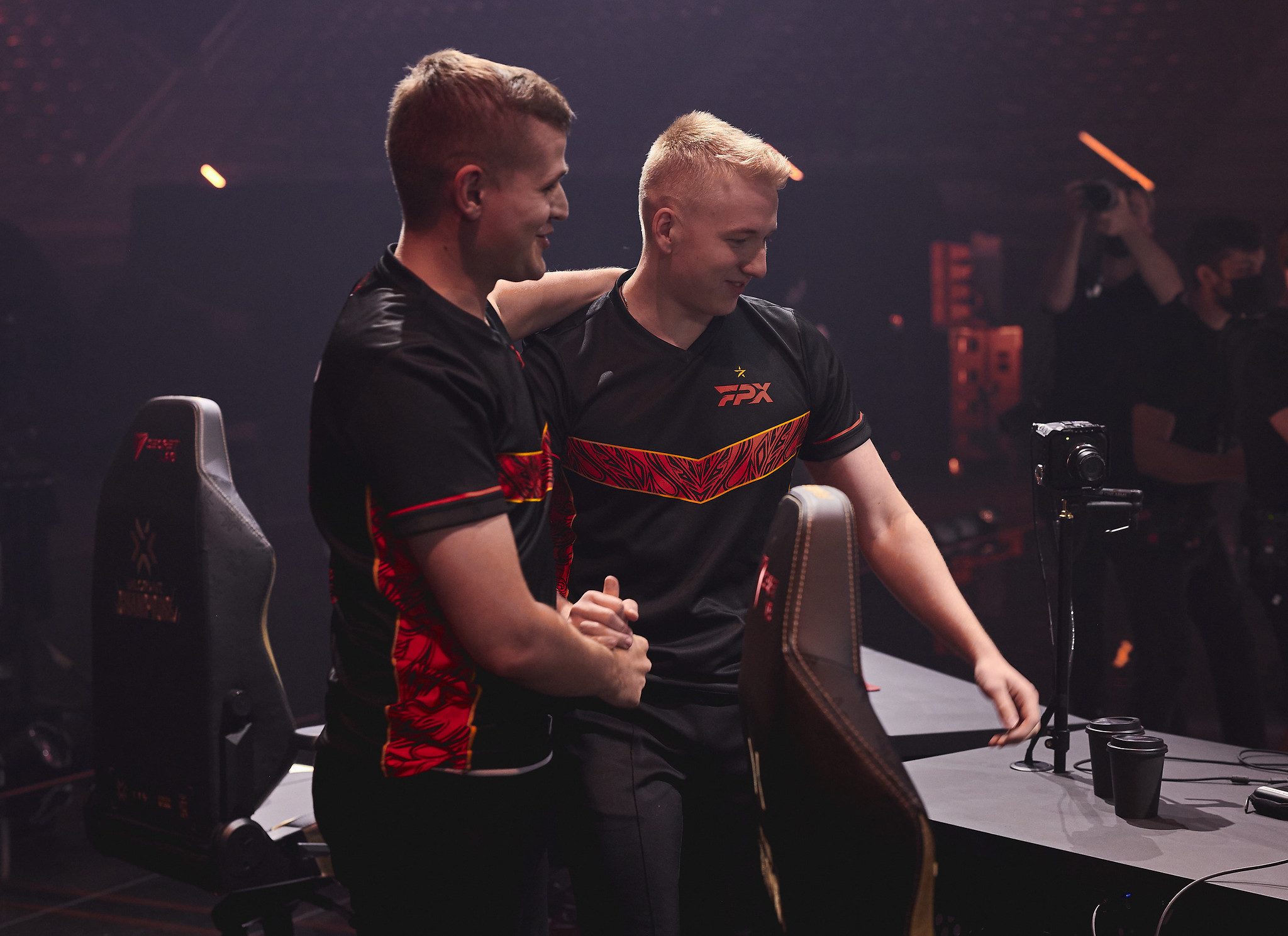 The Group C winner’s final match at VALORANT Champions 2022 between XSET and FunPlus Phoenix has been postponed to Monday, Sept. 5, due to multiple players on FPX feeling unwell.

The VALORANT Esports team at Riot announced early Sunday morning that FPX would not be able to field a full roster. The match between FPX and XSET will not take place on Monday alongside the other two scheduled group elimination matches: Fnatic vs. FURIA and XERXIA vs. KRÜ.

The issue with FPX players does not appear to be a COVID-related one but rather either a stomach bug or food poisoning. Andrey “Shao” Kiprsky played through sickness yesterday against KRÜ, but it seems that it has spread to some of his teammates. Dmitry “SUYGETSU” Ilyushin says he is spending the day sleeping, while Ardis “ardiis” Svarenieks has had to go to the hospital. It’s unclear currently what the status of the other players are.

While COVID does not appear to cause this sickness and delay, it has been prevalent throughout the tournament. Almost the entirety of 100 Thieves tested positive before the start of the tournament, forcing the team to play entirely off stage in their first match. In contrast, half the team played off stage in the second. However, according to GM Daniel “ddk” Kapadia, everyone on 100T except for coach Sean Gares has now tested negative. OpTic coach Chet Singh has also been quarantined from his team after a positive test.

For FPX, that’s all three international tournaments this year where they’ve dealt with some setback regarding roster availability. Despite winning EMEA Stage One, they could not attend Masters Reykjavík due to travel restrictions. They also had to begin Masters Copenhagen without SUYGETSU and substitute SEIDER filled in admirably. The team ended up winning the event once SUYGETSU returned.

The postponed FPX vs. XSET match is tentatively set for a 7am CT start on Monday, Sept. 5.