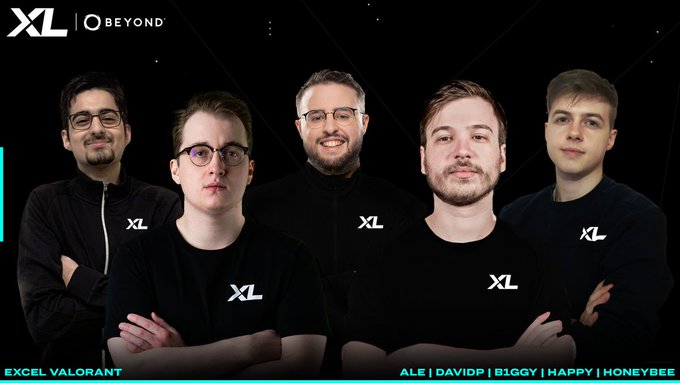 Excel Esports, a U.K.-based organization that competes in professional League of Legends in the LEC, has completed its VALORANT roster.

The organization made its first move at the beginning of March, signing David "davidp" Prins after his release from G2 Esports. Now, the team has added four players and two coaches to the project in one fell swoop.

The roster is filled with former CS:GO professional talent. Most notably, the team will play with Happy, a two-time Major winner and Counter-Strike legend, at the flex position. Happy was a part of an orgless VALORANT roster that played under the name Prodigy at First Strike and played for Giants Gaming during the first VCT phase.

Role-wise, Davidp will take on both the in-game leader and smoker role. Honeybee will play the sentinel role, B1GGY will play support, Happy will play flex, and the young Ale from Sweden will primarily play the duelist role.

Excel's roster will make its debut in the open qualifiers for the first Challengers event of VCT Phase Two starting on March 31.