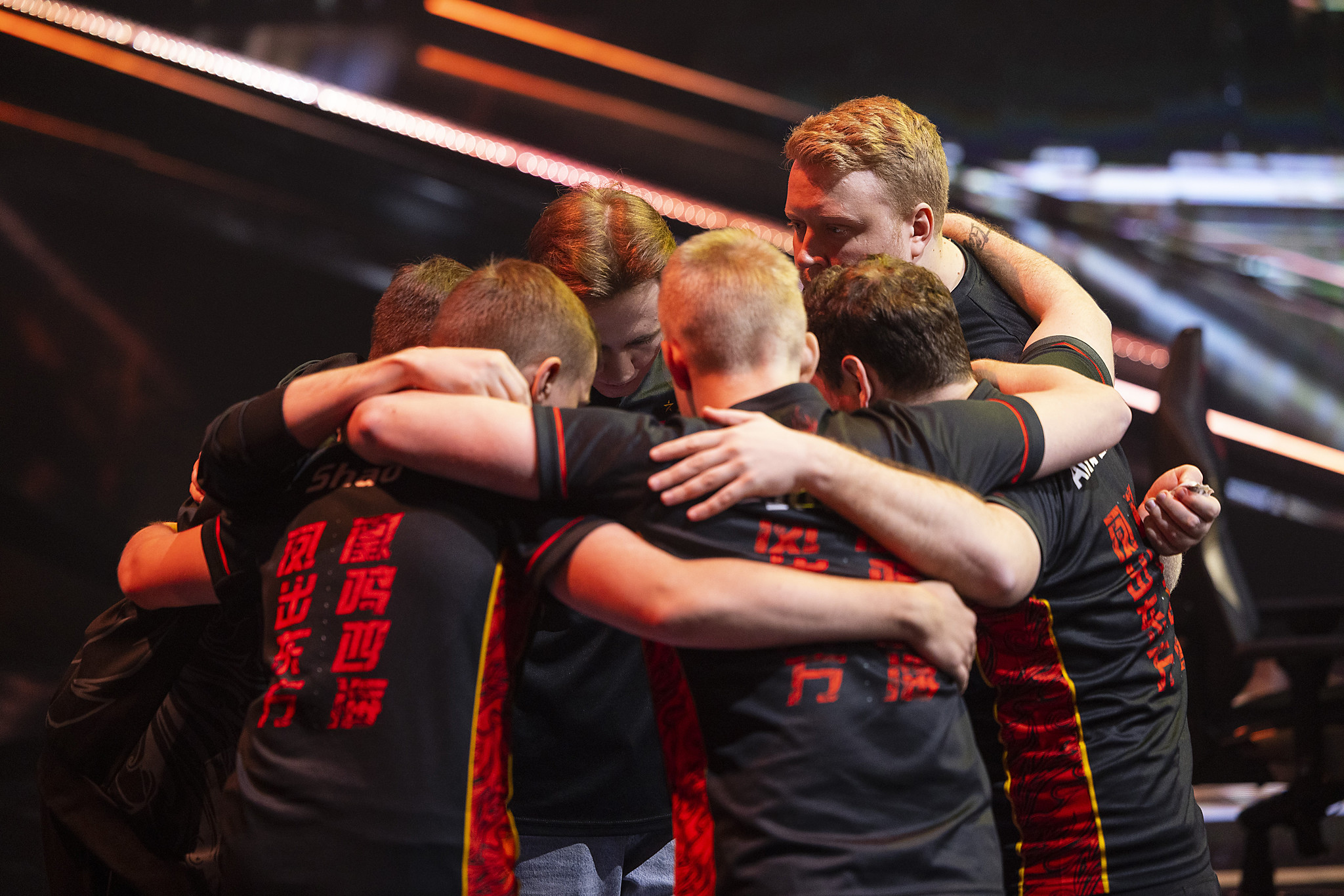 The playoffs at the 2022 VALORANT VCT Champions continued today with a highly anticipated rematch between North America’s XSET and EMEA’s FPX. These teams faced off earlier during the group stage, where XSET beat the reigning Masters Champions.

This match would end up becoming not only one of the most closely contested VALORANT matches so far in playoffs, but also the most controversial. Every map went the distance and every player on the stage was ready for the challenge ahead of them. Even when fans thought it was over and FPX had gotten the win, the shock of the day came via an announcement that the final round of the last map would be replayed due to a glitch. Despite the match being drawn out much longer than expected, FPX still won with the same original score of 2-1.

To start off this heavily-anticipated match, XSET took the defending Masters champions to the newest map in the game. Pearl is still unfamiliar territory as far as the meta is concerned. Ideal compositions are still being developed, and every team seems to have a new take on the map.

Both Chamber players were impressive on Pearl, though the map was an extremely back-and-forth matchup. Though ardiis outfragged everyone else in the server, Cryo actually proved to be the more pivotal Chamber for his team.

Despite ending their attack side half down 7-5, XSET came back on what most people consider to be a defensive-sided map. Pearl was close, but XSET prevailed and Cryo stepped up to secure the win 13-11.

Unfortunately for English-speaking fans, the main VCT stream suffered from lag and buffering issues throughout the entire first map of the series. Many fans opted to watch broadcasts from other countries, while others struggled with the English broadcast and missed almost all of Pearl. Thankfully, the issues were resolved by the time the teams shifted their focus towards Bind.

Bind was, as it often is for FPX, SUYGETSU’s playground, and the EMEA team started to run away with the map. Though XSET started the map up 4-0, their defense began to falter and FPX were up yet again 7-5 at the half. XSET got themselves organized for just a moment, but FPX were able to clutch the map up 13-10.

In this incredibly even game, the battle showed no signs of winding down moving into Ascent. SUYGETSU continued to cement his name as one of the best support players in the Champions tournament with an impressive showing on Sage. On the other side, BcJ wandered around the sites as Omen and took unexpected frags for himself over and over. For the third time in the match, FPX was up 7-5 at the half.

XSET began to make small attacks on their attack side, hesitating with their executes on to site and forfeiting momentum they gained from their pistol round win in the second half. The cautious approach to their attack left them struggling to even plant the spike in time on many rounds.

This approach to XSET’s attack, as well as FPX’s constant correct read of every situation, proved detrimental to XSET’s hopes of continuing in Champions. Despite fighting back to get 11 rounds, FPX made the final blow even while down players, and initially took Ascent 13-11.

Almost an hour after the match concluded, word came from tournament officials that a glitch with AYRIN’s Killjoy turret in the final round of the map would mean that the round must be replayed. The glitch, which caused the turret to not correctly lock on to its target, is a known glitch but has never affected an international match in this way.

By the time the match got going again, it was past 2am in Istanbul. XSET came out with an aggressive strategy, contrasting how they played initially in this round. They took the VALORANT replayed round for themselves and sent Ascent into overtime.

Though XSET were clearly fighting back, FPX prevailed for the second time, and the NA team had to endure the heartbreak of being sent home twice.

FPX make it into the top four teams at Champions and will face DRX next to continue their lower bracket run. This match will take place on Sept. 16 after a few days of rest.