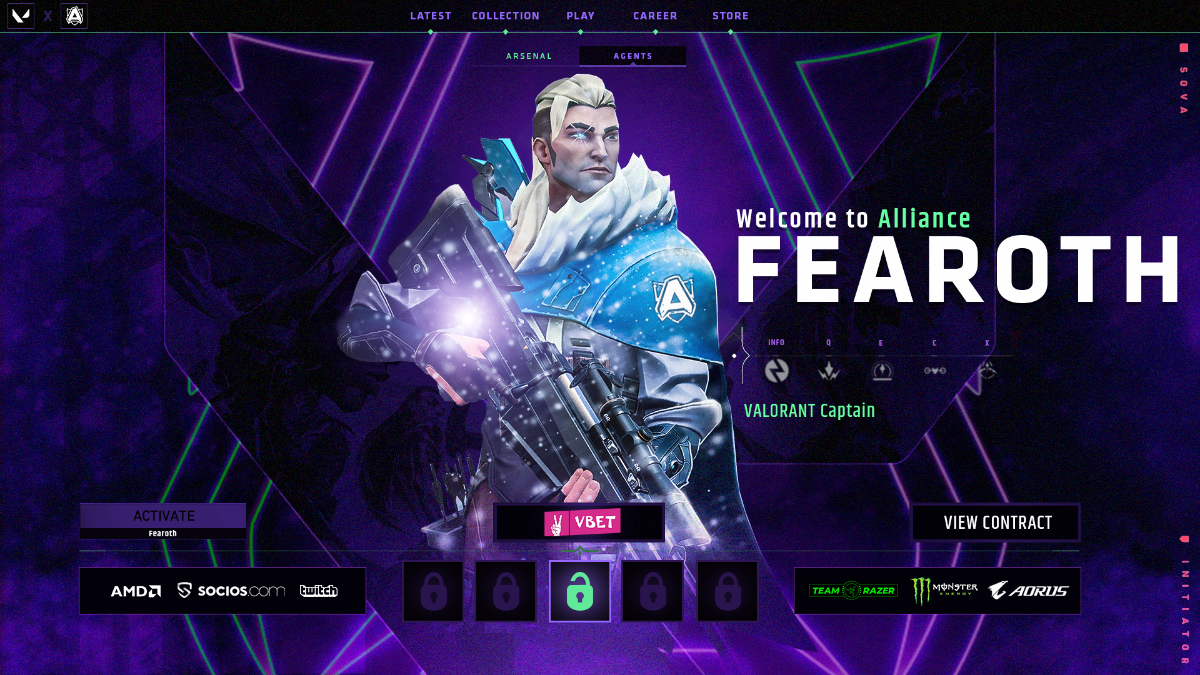 Fearoth spent a significant portion of 2020 with NiP. But now, he's coming to Alliance as the team's primary Sova player, in-game leader, and "captain." The move is the first official signing under the leadership of general manager James Banks, a veteran esports caster and analyst.

A native of France, Fearoth is an experienced FPS player with an extensive history in Counter-Strike. He averaged a career K/D ratio of 1.05 during his time playing CS:GO, according to HLTV. He transitioned to VALORANT as soon as the game was announced and finished first in a handful of smaller tournaments while competing with various squads.

In a quote given to Dexerto, Banks saw "real leadership qualities" in Fearoth and identified him as a player to "build the Alliance team around." Alliance said in a press release that more announcements are coming soon.

Alliance as an organization is well-known for its Starcraft, fighting game, and Dota 2 competitors. The prolific Smash brothers Adam "Armada" Lindgren and Andreas "Android" Lindgren play for Alliance and the org's Dota roster won The International 3 in 2013. This is Alliance's first venture into a tactical shooter.