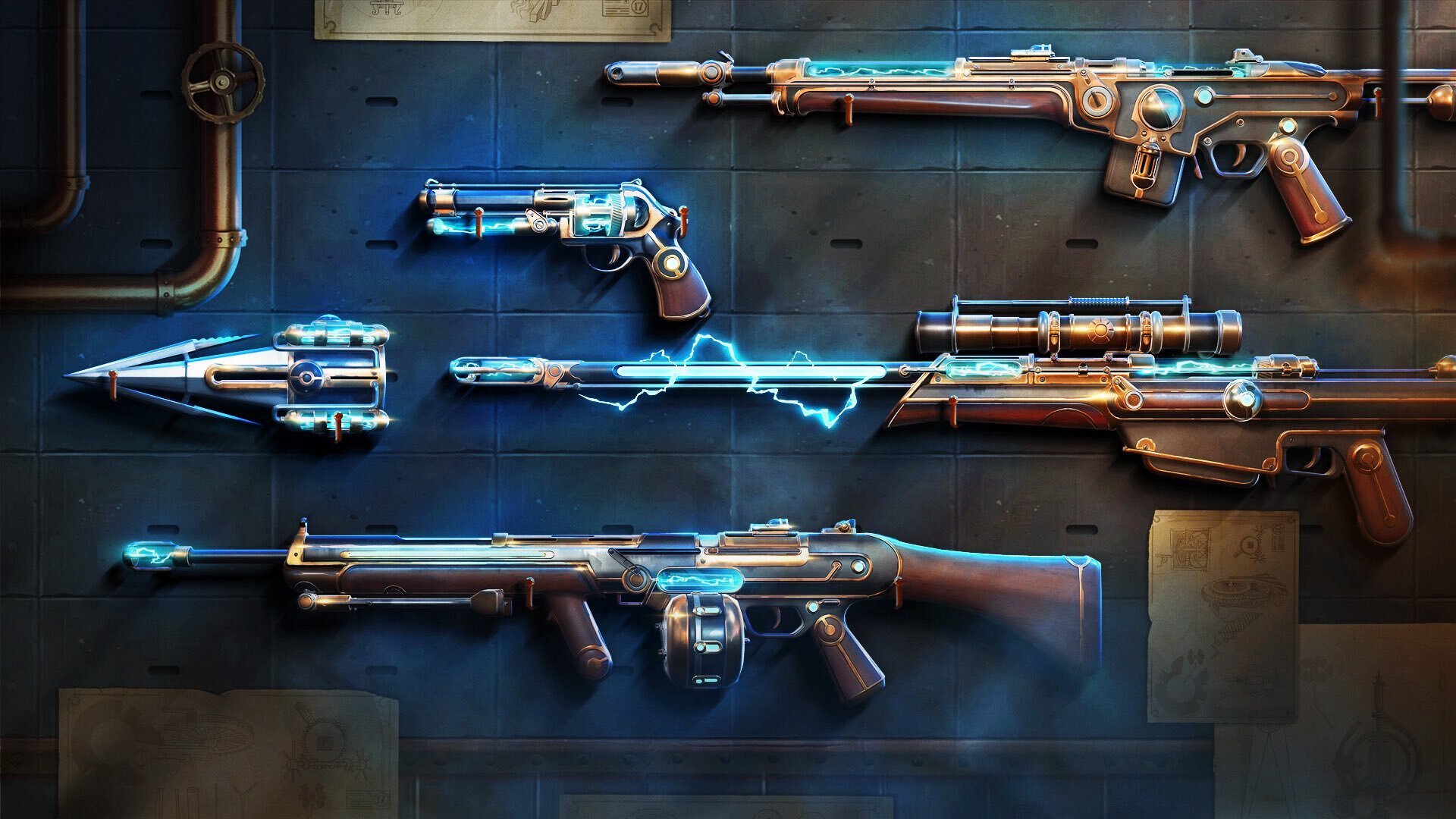 VALORANT players are getting a new batch of Magepunk skins, adding the unique aesthetic to four new guns and a melee weapon.

The Magepunk skins add one of the most unique and exciting aesthetics to VALORANT, combining magic and science into exciting weapon skins. Players can enjoy the unique visuals with a new group of weapons in the latest bundle, including an incredible Operator skin that will let you pick off enemies in style.

The new Magepunk bundle includes skins for the Guardian, Operator, Sheriff, Ares, and a new melee skin. Other color options have not been officially revealed, although previous leaks indicate green, pink, and gold variants will be available alongside the standard blue colorway.

The original Magepunk skins were introduced in March and added skins for the Bucky, Spectre, Ghost, Marshal, and a unique melee skin. These skins could be upgraded with Radiante Points to add animations and other visual effects, which will likely be included in the new bundle.

Riot Games has not revealed the official price of the bundle, but it will likely cost 7,100 like the original bundle. Players can purchase the skins individually, but this is typically more expensive than purchasing the bundle.

The Magepunk bundle will be in the VALORANT shop tomorrow. This likely means the Radiant Crisis 001 skin bundle is leaving the store, so make any last-minute purchases before it’s too late.