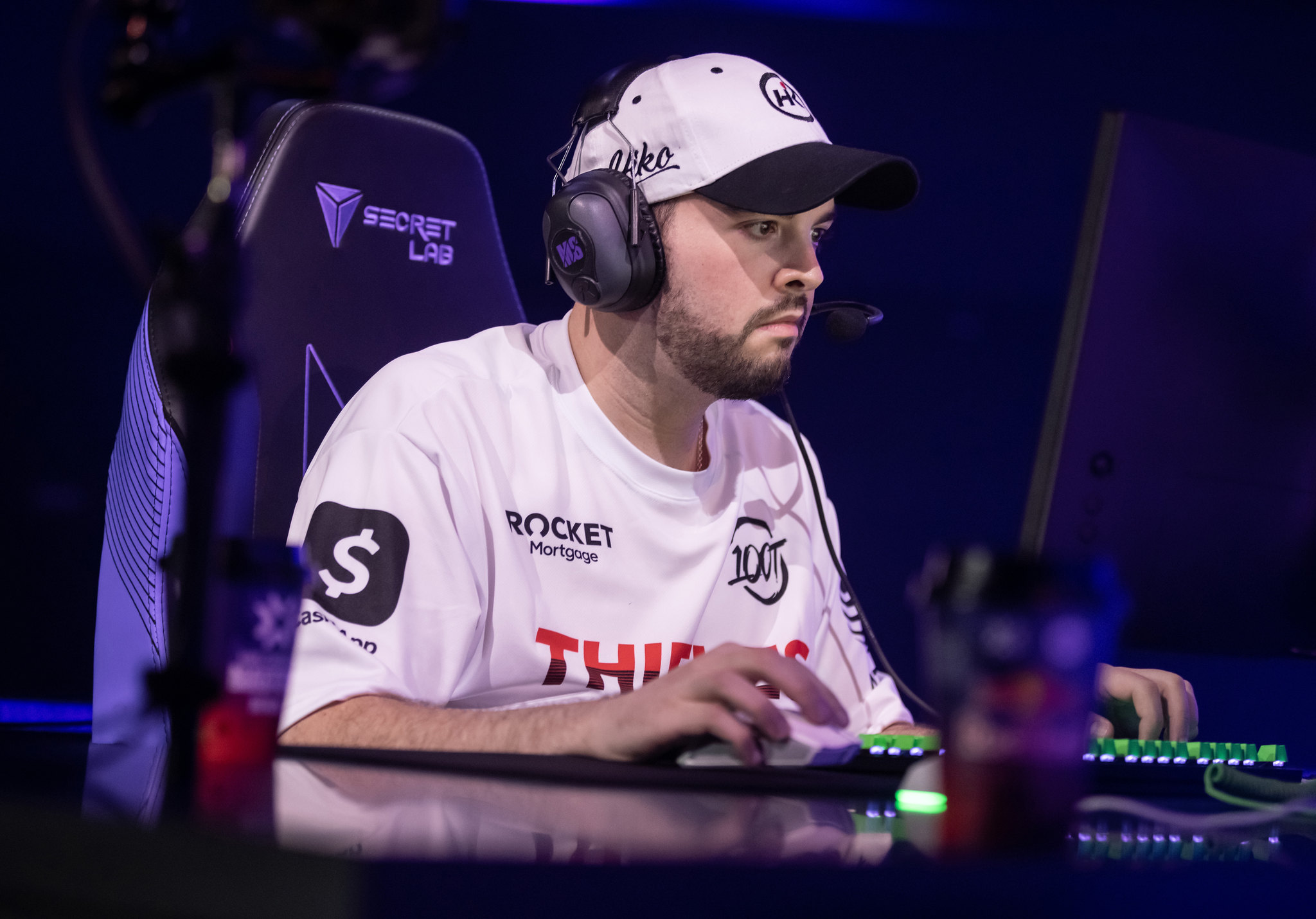 No team has been more of a thorn in the side of 100 Thieves’ VALORANT roster than Sentinels.

The decorated 100T roster built for LAN has consistently struggled against the Masters One and Two champions since the beginning of VCT. But rather than looking at Sentinels as their kryptonite, 100T’s star Sova player Hiko believes these extensive trials by fire have been the best source of preparation for their offline debut at Masters Three Berlin.

“I feel like the way Sentinels plays kind of prepares you for a lot of the different playstyles,” he told Dot Esports after 100T’s opening win against Havan Liberty. “It prepares you for the hyper-aggressive, gather-as-a-unit-and-just-execute-together playstyle.”

That hyper-aggressive style is one of several strengths in the Sentinels roster. Coupled with their synergy and high overall mechanics, it has propelled them to the top of the North American rankings, locking them into a spot at Champions. They lost only three series since acquiring TenZ prior to Masters One, and the team lost fewer matches in Stages Two and Three combined than they did in just the first two Challengers events of the first stage.

During the entire VCT campaign, Sentinels won all six of their matches against 100 Thieves. Since the beginning of Masters One, 100T only lost eight series total, but five of those series were against Sentinels, with three of them being 2-0s. In the later parts of Stage Three, 100T debuted a triple-initiator composition to use on maps like Haven and Ascent. Though it succeeded against teams like XSET, FaZe, and Envy to a degree, it still wasn’t enough to get past Sentinels. Hiko says comps aren’t the most important aspect to a team’s success, but rather just a small part of it.

“I think that comps do matter in the long run, but I think this game is more about the micro movements than it is the macro [ones],” he said to Dot Esports. “I think having super big, beautiful-looking executes will win you some rounds, but at the end of the day, you need to be able to hit the fundamentals: being able to trade, have good spacing, and gathering as a team and going together instead of running out alone.”

Hiko further said these fundamentals make up the successful style of play that he fittingly referred to as “the Sentinels meta.” To him, agent selection and compositions should reflect whatever lets a team succeed at these tasks, including winning post-plants. Against Havan Liberty, another team that ran triple-initiator on Ascent, 100T did just that, with steel creating openings by suppressing enemy abilities with KAY/O’s knife.

That decisive win against Havan Liberty set 100T up with a match against the winner of Crazy Raccoon vs. Gambit, and just a day later, Gambit secured their meeting with 100T in the most dominant win of the event so far. As dangerous as the Russian side looked against Crazy Raccoon, Hiko believes 100T are up to the challenge, even though he sees a lot of Sentinels’ style in Gambit’s playbook.

“I feel like when I watch Gambit, they do a lot of that [hyper-aggressive Sentinels style],” he told Dot Esports. “I definitely think that they’ll be one of the better teams we’ll have played against in a long time. They do have some tactical depths to them, but as a tactical team, I feel like we have a very good read tactically with teams. If we do end up playing Gambit, and they try to out-strategize us, I don’t think it’s gonna go very well for them.”

100T’s match against Gambit will take place tomorrow in the third slot of the day at 2pm CT.