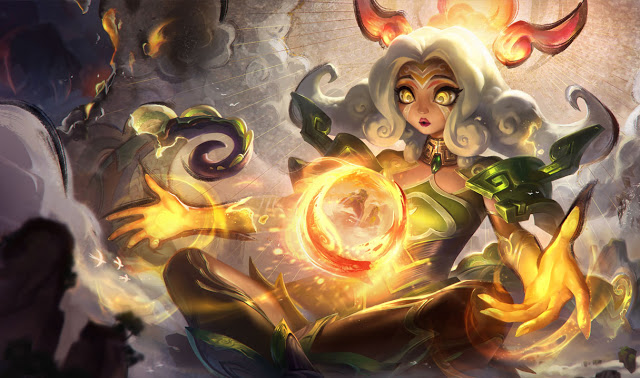 Patch 11.6 is the official meta patch for the Fates World Championship, principal TFT lead designer Stephen “Mortdog” Mortimer confirmed today via Twitter. Set 4.5 Worlds will run from April 7 to 9, showcasing 24 of the best players from around the globe.

A total of four minor tweaks were applied in a TFT 11.6 B-patch tonight, “targeting a few champions and traits performing a smidgen too well in preparation for Fates Worlds,” Riot said.

Neeko has struggled slightly within the 11.5 and 11.6 competitive meta. Following the B-patch tonight, competive players may consider playing Vanguard/Mystic more as a late-game transition. Neeko had her Blooming burst damage increased by 50 across the board, from 200/300/400 to 250/350/450.

Taking nerf hits were Kayle and the Mage trait. Kayle was tweaked slightly at two and three-star, from 100/150/400 to 100/140/350, while seven Mages were given a spell power reduction of five percent. A Kayle nerf may hurt the Executioner champion slightly, but it’s unlikely players will notice the Mage adjustment.

No nerfs were applied to Olaf or Tryndamere, and the Keeper trait was left untouched. Tristana did receive a buff at one-star and a nerf at three-star, providing early builds Sharpshooter/Dragonsoul power while toning her three-star comp down slightly.

The TFT 11.6 B-patch will go into effect immediately. Patch 11.7 is scheduled for March 31, providing “more win conditions” for Ranked and casual players, according to Mortdog. Patch 11.8 will release Set Five via the PBE servers while Mortdog has plans to “cut loose and do some silly things.” on the live servers.