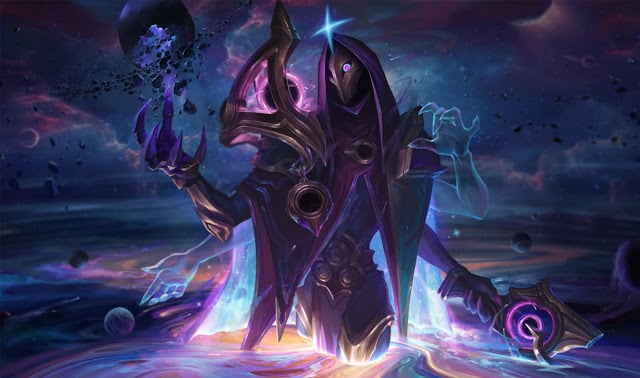 For Teamfight Tactics fans looking to put the odds in their favor, one fan has a suggestion.

With Teamfight Tactics Galaxies pumping a lot of power into three-star units, players benefit from putting their resources into leveling up their champions. TFT player Darkhood broke down a way of landing those coveted three-stars more consistently.

There are only a set number of champions in TFT’s unit pool. The higher the tier, the less of each champion available. And if players have to combat other players, it can become virtually impossible to snag nine four-cost units to turn it into a three-star.

To give yourself the best odds at landing a rare unit, Darkhood recommends picking up other champions that are the same cost. This way, you’ll make the pool smaller and have a better chance of picking up the unit you want when you reroll.

“For level seven and we want to find Jhin, there’s only going to be 12 Jhins in the pool,” Darkhood said. “So if we have extra gold, then we can buy Soraka, Fizz, or any other four-cost to make the pool smaller. So the next time I roll, I have a better chance to find Jhin than another tier four.”

But Darkhood wouldn’t go as far as spending all his gold that way. You want to make sure you only use excess gold for this to work. If you have 37 gold, for example, Darkhood would only use the seven gold to buy champions. This ensures you still get the 30-gold bonus for the next round.