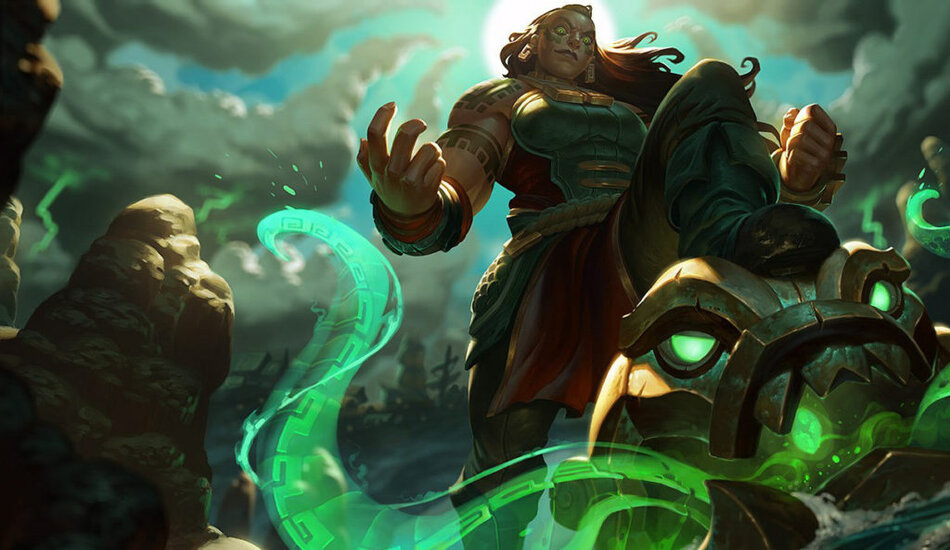 The first Teamfight Tactics balance patch for the Return to the Stars expansion in Set Three has arrived, containing several adjustments, a new Galaxy, and two major system changes.

A Set Three TFT mid-set update applied during Patch 10.12 brought about several new champions and traits that altered the overall meta in a positive way. Top S-tier comps aren’t dominating the meta and Riot feels like Patch 10.12 was mostly in a solid spot. But there are a few adjustments needed, specifically a boost to six Battlecast and a slight nerf to Master Yi three-star.

The TFT team also recognizes that players are frustrated with Urgot and plans on making adjustments, not just in Patch 10.13. Balance adjustments to the new champion, however, will take place during Patch 10.14 after testing those changes on the PBE over the course of the next two weeks.

Here’s the full list of notes and updates for TFT Patch 10.13.

Medium Legends is out and Binary Star will take its place within the TFT 10.13 update. The new Galaxy only allows for two items on a champion. Thieves Gloves will count as one item, but a Mech unit can only have two items on it. Using only two items per champions will change the way players place items on carry units and should create a few unique combinations that normally wouldn’t be played.

Players no longer need to fret about a minimum of only 11 items. They’ll always get a minimum of 12 from now on. And the change to solo queue ranked wasn’t one the TFT team wanted to make but had to out of necessity to maintain competitive integrity. A full breakdown of the system change can be found here.

Battlecast was the one trait underperforming, receiving buffs for healing and damage on proc at 2/4/6/8. Adjustments to Battlecast will improve its early and late game. Changes made to the other traits in the TFT 10.13 update are minor tweaks, like an increase to four Blaster.

A buff was also applied to six Dark Star and four Infiltrator, with Mort noting that Shaco is a champion “who’s in a good spot, often overlooked and underplayed.”

Adjustments were made to Illaoi in order to give her more of a Tank presence while also stealing more defenses. Xayah also got a slight buff in reducing her mana from 70 to 60.

Lacking a solid spot in the present meta, Darius was buffed up on armor, magic resist, and spell damage. He’ll improve Space Pirates and may end up being a solid addition to Blademaster/Cyber in conjunction with Irelia. Kog’Maw also received a slight buff, further strengthening the Battlecast trait.

Bard has received a reduced cast time, improving his overall gameplay. But Cassiopeia got a major nerf, extending her poison duration while keeping the damage applied the same. Master Yi three-star was also nerfed due to him overperforming, reducing his spell damage.

Several four-cost units were adjusted that include a minor nerf to Fizz in the early game and a buff to three-star Gnar, despite early-game nerfs. Minor changes were also applied to Jinx, Teemo, and Riven.

Ekko was tweaked, but only to his two-star spell damage. Thresh was also adjusted due to his end-game power level.

Minor changes were made to underperforming items like Bloodthirster, Jeweled Gauntlet, Statikk Shiv, and Hextech Gunblade. But the adjustments were minor and won’t likely have a major impact on the meta.