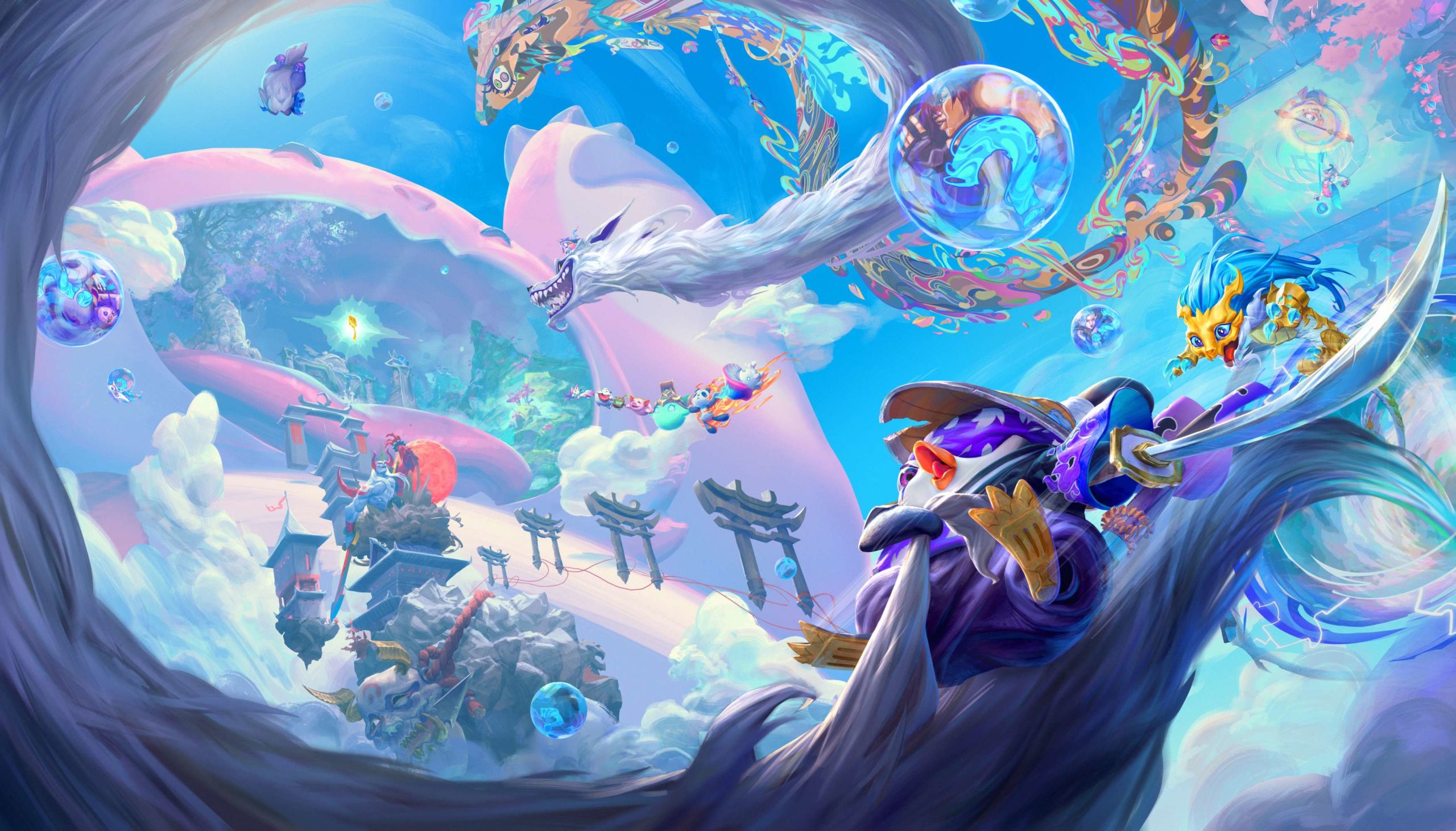 Set in front of the dreamlike, pastel aesthetics of the Spirit Blossom world, Teamfight Tactics Set Four: Fates dares players to play creatively and rewards them for doing so.

At all levels of play, creativity is the lifeblood of this game and it exists in two different ways. For beginners and casual players, it’s just about having fun and trying out wacky compositions. At more competitive levels of play, it’s about having the intuition to pivot and flex depending on what’s given to you.

But what this set should do for all TFT players is inspire them to create stories to share with one another, whether it be with the intention to meme or to reinvent the meta.

The lead set designer of Fates, Giovanni “Chaemirix” Scarpati, told Dot Esports that the introduction of the Chosen mechanic should bring about this creativity and storytelling in-game.

“Hopefully it means more adaptability,” Scarpati said about the Chosen mechanic. “Players need to decide if they can capitalize on [an early Chosen champion] or whether they should pivot.”

That’s where the game forces players to play creatively. The TFT development team thinks that the best players will be able to take advantage of this, making this set the most competitively viable iteration of the game we’ve seen yet.

The age-old game design question is how does one create a fun but balanced game? The devs have found a brilliant answer in creating fun with the Chosen mechanic. But balancing a game like TFT has proven to be challenging.

The dev team had a lot to learn from the successes and failures of the previous set, Galaxies, when it comes to the question of balance. They determined that small changes go a long way when it comes to keeping the game stable.

Every TFT player likely remembers the infamous “Jarvan IV patch” (Patch 10.14) that shifted the meta so drastically that almost no composition other than Dark Stars or Star Guardians was viable.

To further help prevent balancing nightmares, Fates has also introduced many more in-game levers for players to pull if they want to counter a particular meta comp. While previous sets relied on Vanguard and Mystic to counter physical or magic damage, Fates has introduced traits like Dazzler so that players should never feel that one comp is too strong to beat.

In Fates, it’s rewarding to build toward a standard meta composition in the early game and then adapt to what your opponents are running in the late game by adding in something like Mystics or Vanguards to counter the strengths of their teams. The devs say that in the early stages of this set, they’re seeing less vertically stacked traits and more and more of what they call “splashes” of minor traits—and they think this is healthy for the game.

“With Galaxies, we wanted it to be very new player friendly,” Scarpati said. “We had just come off of Rise of the Elements, which was a very advanced set. But with Galaxies, it was the mobile release so we wanted to let players feel onboard quickly and understand the game. It’s much easier for new players to play a vertical stacking composition like six Star Guardian because all they need to find is champions of one trait.”

But with most players now well equipped with the basics of the game, the developers wanted Fates to do something more advanced and complex.

So now, the splashing and intermingling of traits isn’t uncommon to see in Fates. Some legitimate team compositions can add things like a Spirit trait, chuck in a Mage synergy and some random Brawlers for a frontline, and your team comp might perform better than vertically stacked teams like nine Cultist, which wouldn’t be the case in prior sets.

It seems as though for now, Fates is a success story for Riot with the majority of fan feedback tending to be positive. The development team feels like this has been one of the smoothest rollouts of a set thus far and that the game is relatively well balanced at this time.

But the TFT team isn’t ready to take its foot off the pedal just yet. Midway through this set, there will be a massive expansion similar to the one that occurred during Set Three.

Set Four’s expansion is said to be even more magnificent and dramatic than the last mid-set shakeup, bringing new champions, arenas, and Little Legends, as well as the possibility of a Galaxy-like mechanic if Fates proves to feel a little too similar from game to game.

“If we feel like we need to do it, we will look to do something that is set agnostic in that we will want to carry the mechanic forward to all of TFT’s future sets,” set designer Giovanni Scarpati said. “We thought it worked well in Set Three and if we want to bring it back for Set Four then we will want it for five, six, and seven too.”

But the team will have to be cautious not to over-bloat the game with too many complicated mechanics.

“It’s important that whatever we do is pretty simple and we aren’t adding too many of these things into the game,” Scarpati said. “But yeah, we like the idea and are watching live [servers] and we have some interesting ideas of what we might want to do.”

The TFT devs approached Set Four with the confidence of learning from past mistakes and it paid off because Fates feels better balanced for it. And the Chosen mechanic allows for a creative and fun variance from game to game while giving highly skilled players another tool to outplay their competition. This could easily end up being the most successful iteration of the game yet.