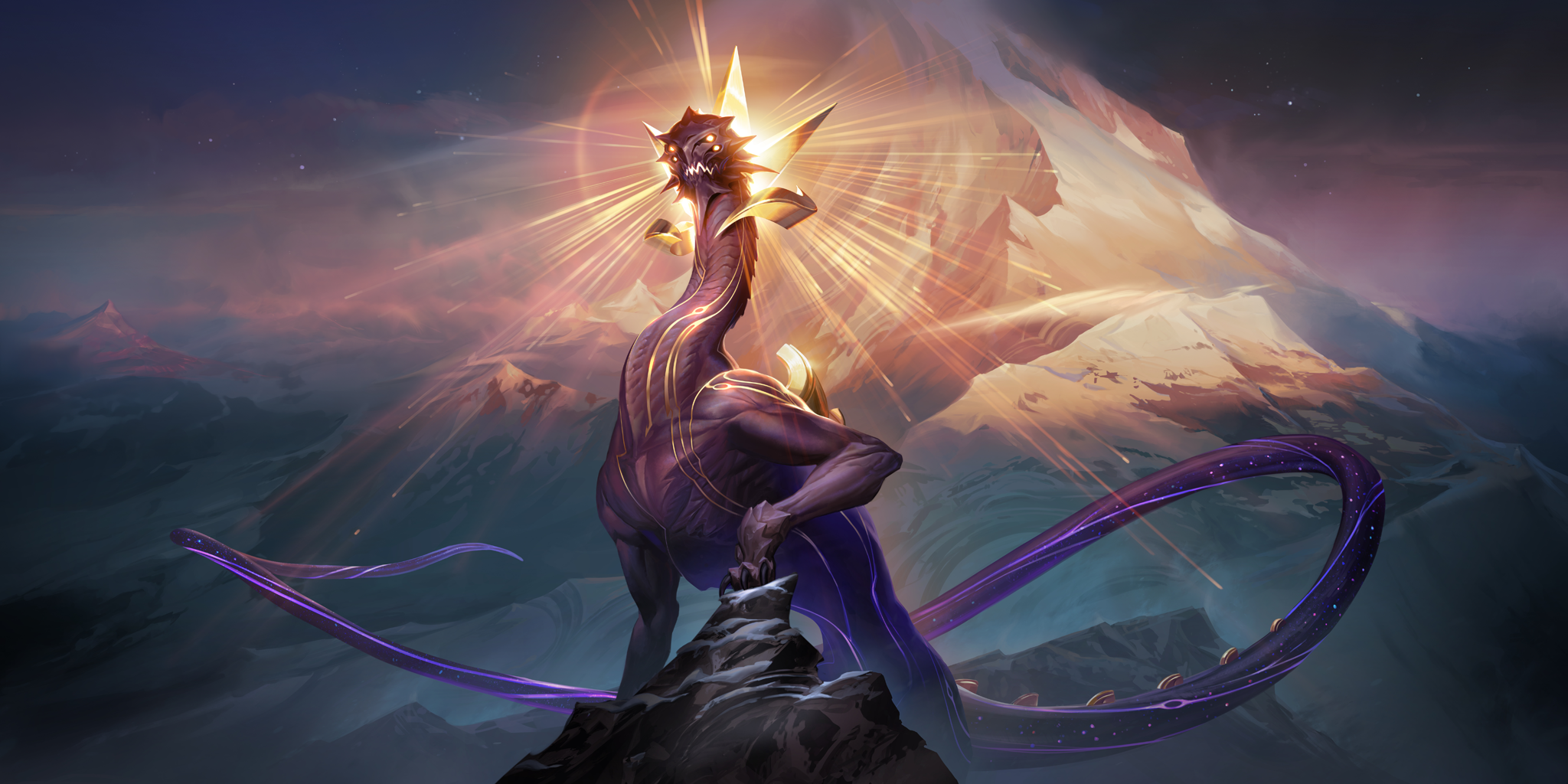 Riot Games dropped a Teamfight Tactics spoiler video today, introducing dragons and some of their mechanics within Set Seven Dragonlands.

The new TFT Set Seven set, Dragonlands, is scheduled to release on June 8 via Patch 12.11. Hextech Augments from Set Six will carry over, but instead of having a Hexcore on the battlefield to keep track of them, there will be dragon shrines. Dragons will also have their own trait, taking up two team spots, as revealed today by Riot during the Set Seven Dragonlands dev drop video.

There are a total of seven dragons within the new TFT Set Seven Dragonlands set. It’s unknown if all are legendary at the time of writing. Each dragon takes up two spots on the battlefield, similar to Colossus units from Set Six, and can have a price tag in the shop of up to 10 gold. The Dragon trait is only active with exactly one dragon, which will have triple its trait bonus from their Origin and a massive amount of health, according to game designer Matthew “Witty” Wittrock.

In addition to new dragons, the TFT team is replacing Raptors (found at the end of Stage four) with a Treasure Dragon event. This event will give players a chance to complete their comps via components, items, gold, and other rare objects. When the Treasure Dragon event appears, similar to an Armory, players will get offered a pile of treasure. Players can then either choose that treasure or refresh for one gold to see a whole new treasure pile getting offered.

This Treasure Armory will function separately from the return of Hextech Augments in TFT Set Seven. The Hextech Core is getting replaced with dragon shrines, but the Augments will feel the same—containing trait-specific ones to general Augments that can slot into just about any Dragonlands comp. When Hextech Augments appear throughout a game is getting changed up, though.

Players can test out all these new TFT changes coming to Set Seven Dragonlands when it drops via PBE servers late in the afternoon on May 23. The official release of Set Seven will take place on June 8 via Patch 12.11.