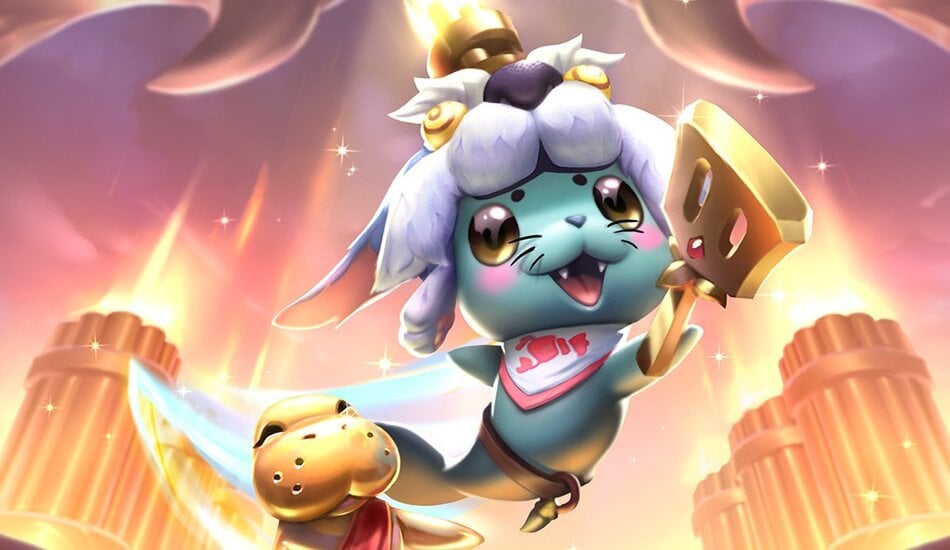 The battle between good and evil within Set Five Reckoning will continue in Teamfight Tactics. Riot will reward players with a new egg series via the Skyglass event that begins with TFT Patch 11.12.

Running from June 8 at 10am CT to July 8 at 10am CT, the Skyglass Origins event will contain the first TFT Mythic Little Legend, Urf Dowsie. Players will team up with Pengu and the forces of Order via the event in hopes of banishing Evil Pengu and the Black Mist that’s taken over the Convergence. Rewards will be earned through the completion of missions, containing a chance to collect Urf Dowsie and Little Legends from the start of TFT to Spirit Blossom.

Skyglass eggs will be available throughout the event. They can either be earned as rewards for completing missions or bought from the TFT shop. Costing 390 Riot Points ($3), players can buy a Skyglass egg with a chance of cracking open an Urf Dowsie.

Here are the drop rates per Skyglass egg:

Urf Dowsie is the first TFT Mythic-tier Little Legend of many to come. Unlike other Little Legends, it takes 300 Star Shards to upgrade a Mythic one. Urf Dowsie is only available for the duration of the Skyglass event. Players can increase the odds of opening one with a new 10+1 egg bundle that will also launch with TFT Patch 11.12 and end on July 7.