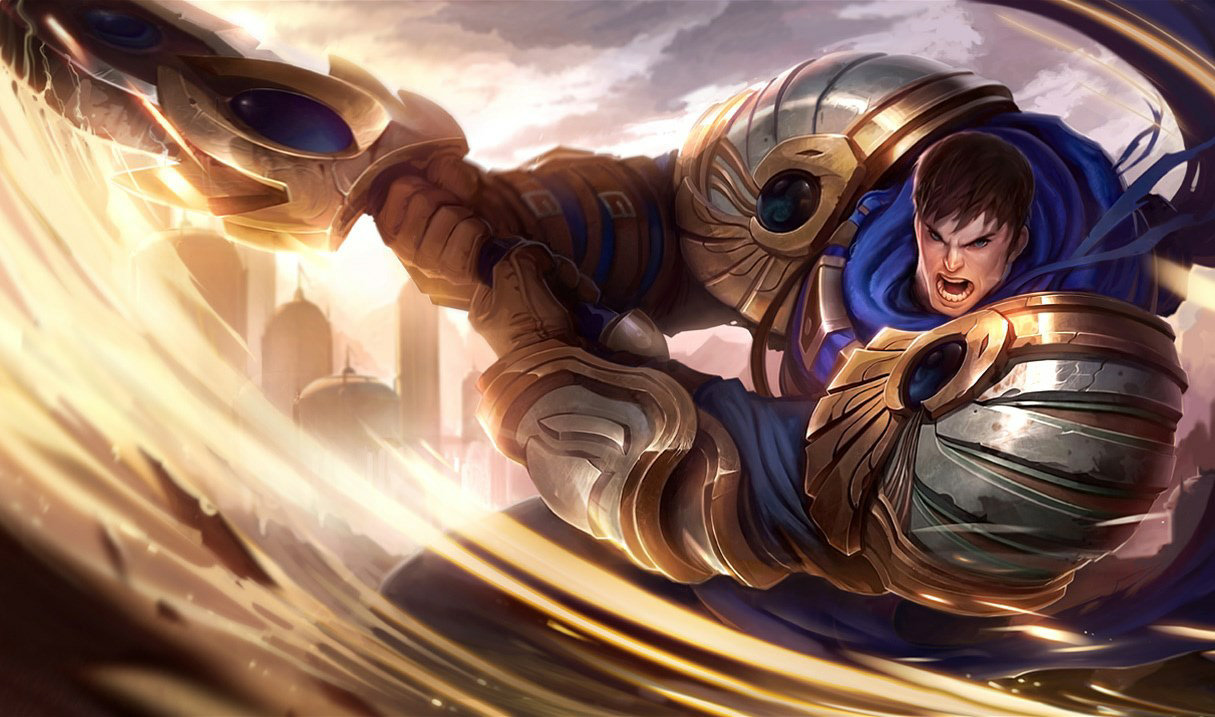 The battle between good and evil is coming to Teamfight Tactics in Set Five Reckoning, Riot Games revealed today. Garen and Darius will be pitted against one another as god-kings.

Scheduled to release on April 28, Set Five Reckoning will feature champions facing off against one another in an ultimate battle of “order and chaos,” according to TFT lead designer Stephen “Mortdog” Mortimer. The god-kings Darius and Garen will be leading their respective sides of good and evil. But they “don’t work well together,” Mortdog announced today in a video about the upcoming set.

Sets within TFT have been closely tied to mechanics in the past, such as Set Three’s Galaxies and Set Four’s Chosen mechanic. Since Darius and Garen won’t synergize with one another on the battlefield, it’s possible that each will command their own origin and champions within Set Five, along with trait support synergies.

Draven, who hasn’t appeared since Set One, and Teemo are returning in Set Five Reckoning. Mortdog didn’t reveal stat details for any of the champions, but he did drop a bomb regarding Teemo. The mushroom-loving champion will have a cost of “zero in the shop,” with powers equal to that of a five-cost Legendary. Rather than using gold to play Teemo, players will have to pay with their HP.

The upcoming Set Five Reckoning will also feature a new mechanic, eggs, via the trait Draconic. For each round played that the new trait Draconic is active, an egg is added to the player’s bench. Similar to Ornn and his Artifacts, the eggs take a few turns to hatch. Unlike Ornn, the eggs will hatch into another Draconic champion—or “something else,” according to Mortdog.

Patch 11.9 on April 28 will launch Set Five Reckoning. Similar to past set launches in TFT, players will likely get the opportunity to test out the new set on the PBE server on April 14 with the release of Patch 11.8.