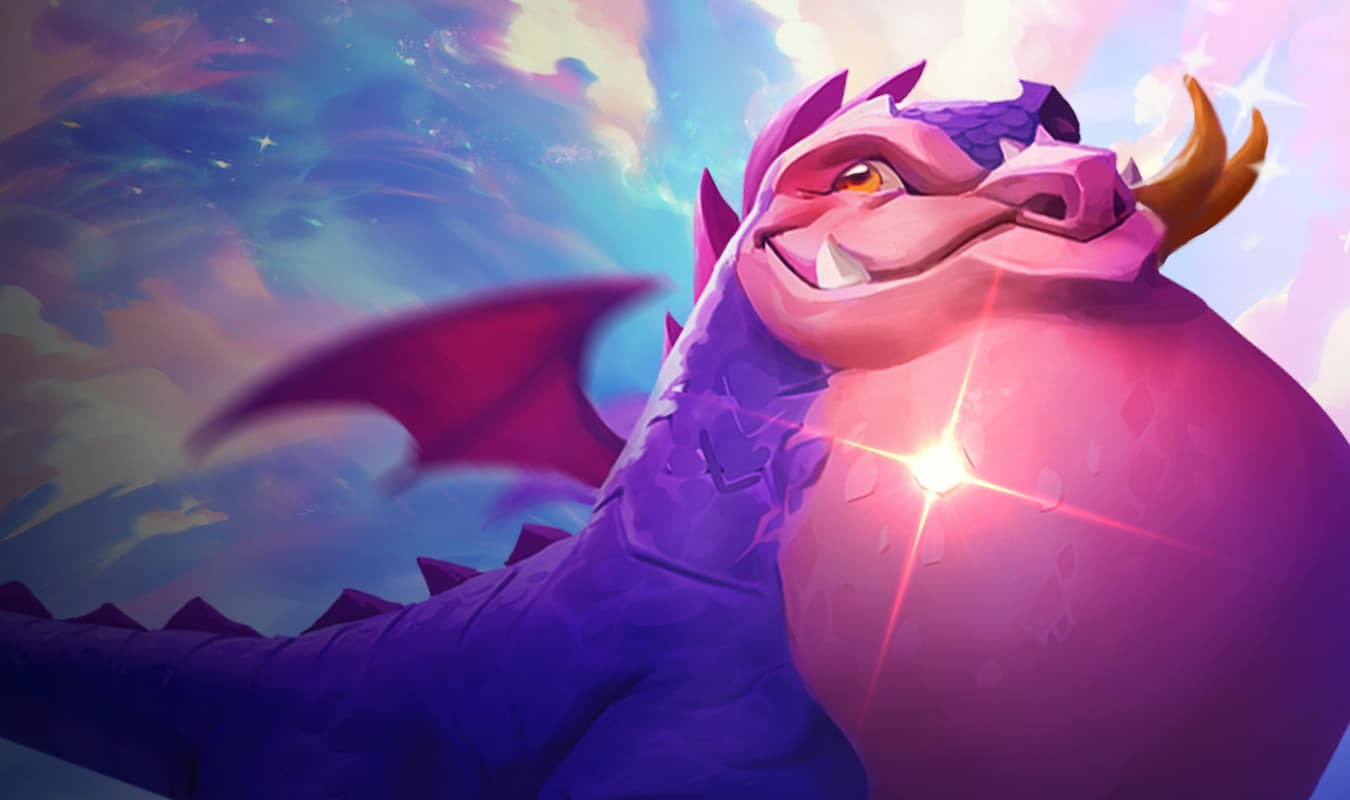 Riot Games has increased the number of dragons in Teamfight Tactics Set 7.5, upgrading Nomsy and Swain to Dragon trait status.

Scheduled to hit the live servers on Sept. 8, the Dragonlands Uncharted Realms will increase the number of dragons from seven to 12. Big changes are taking place in Set 7.5, from a Dragon trait rework to upgraded Treasure Dragon Armories. But the most significant change is possibly the upgrade of Nomsy and Swain to Dragon status.

Nomsy has an Origin of Prodigy, providing the fireball dragon with a random trait during each game. Class traits that Nomsy can randomly have are Evoker, Cannoneer, or Mage. Nomsy also summons to the battlefield a former Trainer unit (Heimerdinger, Tristana, or Lulu). If the random trait is Cannoneer, players will gain a Tristana. If it’s Mage, a Heimerdinger shows up, and players get a Lulu when the trait is Evoker.

A Trainer that Nomsy summons always has an ability power equal to the tier-three dragon. And when Nomsy dies, the Trainer gains 100 percent attack speed. Purchasing Nomsy from the shop will cost players six gold since costs were reduced for all dragons in TFT Set 7.5.

Nomsy still has the Fireballs! spell, sending a fireball toward her target that explodes upon impact. It deals magic damage to all enemies within one Hex and bounces additional fireballs outward that deal 50/60/69 percent damage of the initial fireball total damage.

Unlike Set Seven, Nomsy can get items in Uncharted Realms. The dragon is also less beefy, making it more of a backline unit.

Swain shifted in and out of the Set Seven meta as a primary carrier, never quite finding the right balance. Set 7.5 goes all-in on evil Swain, making him a tier-four dragon with a cost of seven gold that has the Origin trait, Darkflight.

The new Darkflight Origin is similar to what Legend was in that a unit in the Darkflight Hex gets sacrificed at the start of combat. But it goes a step further by granting a copy of a random item on the sacrificed unit to each Darkflight champion and additional health. All emblems and non-craftable items become corrupted when copied, turning into Darkflight Essence.

Darkflght Essence is similar to Dark Star in that the more units that perish, the stronger it becomes, according to game design director Stephen “Mortdog” Mortimer.

Unlike the Set Seven versions of Swain, he is a frontline tank in Uncharted Realms. Swain’s Dragon Master’s Decree is a drain and gain spell, sending eight dragonlings toward nearby enemies that damage their targets and then returning to Swain, healing him for nine percent of his missing health.

Players can test out both Nomsy and Swain with the release of PBE testing on Aug. 24 or through the official launch of Dragonlands Uncharted Realms on Sept. 8.