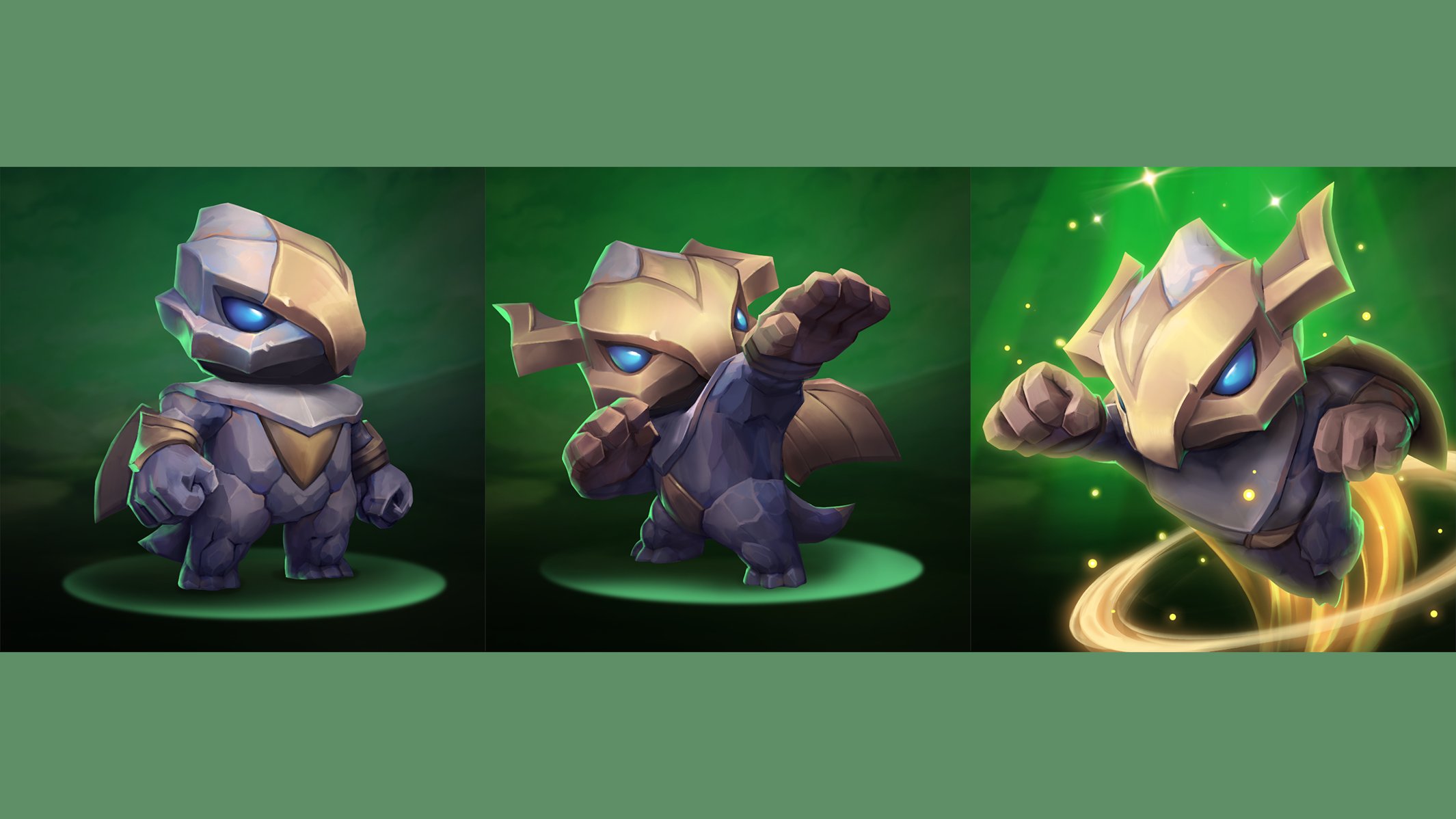 The TFT Twitter account gave fans a first look today at the new Little Legends hitting the Convergence with Patch 10.1. This new set marks the sixth Little Legends series since the autobattler launched six months ago.

An adorable robotic bird, called Tocker, is certainly the star of the show. It upgrades into a book-reading Tinker pulsing with electricity. Another Little Legend, named Craggle, looks eerily similar to Galio. The carved statue could potentially appeal to fans of the Colossus. And Flutterbug, a pink, insect-like critter rounds out the trio, reminding fans of the voidlings spawned by Malzahar.

The third, fourth, and fifth Little Legends series certainly ramped up the visuals and animations from the inaugural sets. But the sixth series may be taking a step back with an underwhelming trio that doesn’t compare to previous sets.

Since TFT, much like League, is a free-to-play game, Riot’s primary source of revenue comes from selling Little Legends. This likely explains the need to release roughly one new set per month.

But League devs ran into similar issues when creating new champions throughout the game’s ten-year tenure. In 2013, eight characters were introduced to Summoner’s Rift. This is a far cry from this year’s total, as Senna marked 2019’s fourth champion.

Players can get their hands on the new Little Legends with Patch 10.1, likely sometime in early 2020.