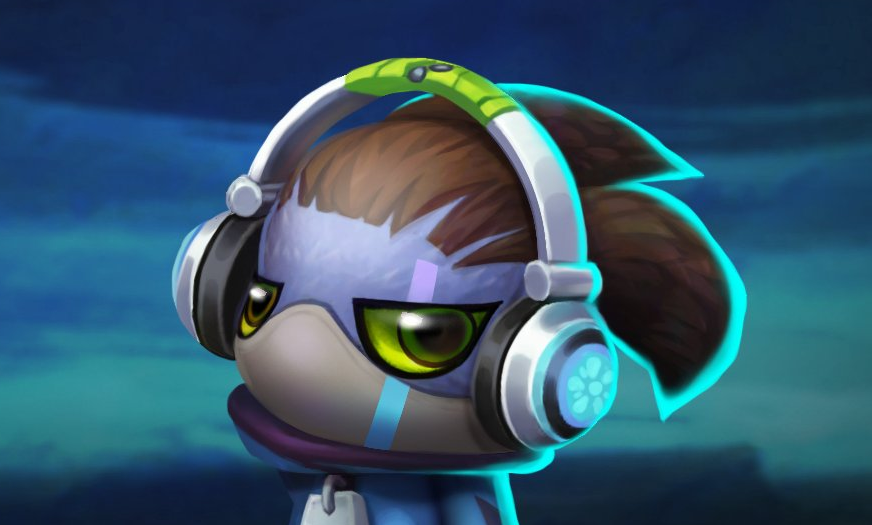 True Damage won’t be the only new stylish group set to hit the League of Legends live servers in the weeks to come.

Teamfight Tactics is also getting its own set of hip-hop themed characters—except they’re a little cuter than what you may expect from a group of musical geniuses. Three new True Damage-themed Little Legends, named Ossia, QiQi, and Melisma, have arrived on the game’s Public Beta Environment with the most recent update.

Each of the three new Little Legends resembles one of the members of True Damage, adopting a piece of clothing, hairstyle, or pose that the League champions are known for. All three creatures come with six variations each.

Ossia looks like a blue cow with stubs for horns. The Little Legend’s variations range in color with a slightly different hairstyle for each one. Tier two adds a hat and set of earrings to the Little Legend’s look. For the third and final tier, Ossia tips its hat forward and is surrounded by a swirl of sparkling energy—just like Akali in her original K/DA skin.

QiQi resembles a mouse-like creature with a curly tail and a scarf of fur. Some variations of the Little Legend include a small gem above the creature’s nose, while in others, QiQi has what seems to be an equalizer in its ears. At tiers two and three, QiQi dons a pair of sunglasses and sits in a hoop much like True Damage Qiyana does with her blade.

Wrapping up the set, Melisma wears an oversized track hoodie and a pair of headphones like True Damage Yasuo. The creature’s variations change the color of its clothing and one even features the Little Legend in a pink and blue hairstyle like True Damage Qiyana. For tiers two and three, Melisma puts up its hood and dashes forward.

The Little Legends will remain on the PBE for further testing before going live with a later patch. Once the creatures arrive in TFT, fans will be able to unlock one of the three Little Legends in a Series Five Little Legends egg, which can be purchased from the League store.