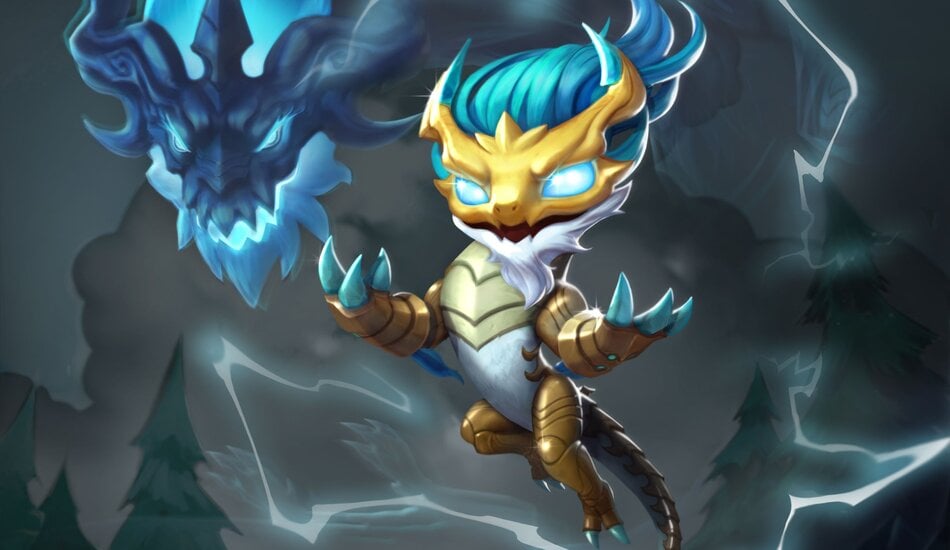 Scheduled to release via TFT Patch 10.19 on Sept. 16, the new Fates set will feature Little Legend dragons Ao Shin, Umbra, and Choncc. Each dragon has its own unique personality that’s on full display through animations and new interactions, ready to support your efforts and taunt opponents.

The menacing-looking Umbra is a shadow dragon that demands respect on and off the battlefield. Spitting fire and intimidating opponents is what Umbra likely takes joy in. But there’s a soft and friendly side that Umbra will share with those the shadow dragon has come to trust.

While Umbra appears dangerous at first glance, Choncc is the complete opposite. Fluffy, and likely cuddly, the Fates whelpling loves to sleep and chow down. Don’t withhold snacks or provoke Choncc, though, or the dragon will unleash its full power.

And then there’s Ao Shin, a descendant of the storm dragons who’s a guardian of the storms. Elegant and feared, the Fates dragon demands respect by wielding the power of lightning and thunder.

Players can purchase the new dragons and all their non-legendary variants within the store upon the release of TFT Set Four. Each Little Legend dragon will cost 750 RP for rares and 925 RP for epics. Eggs are also still available along with Star Shards, earned via the Fates Pass or bought with Riot Points.