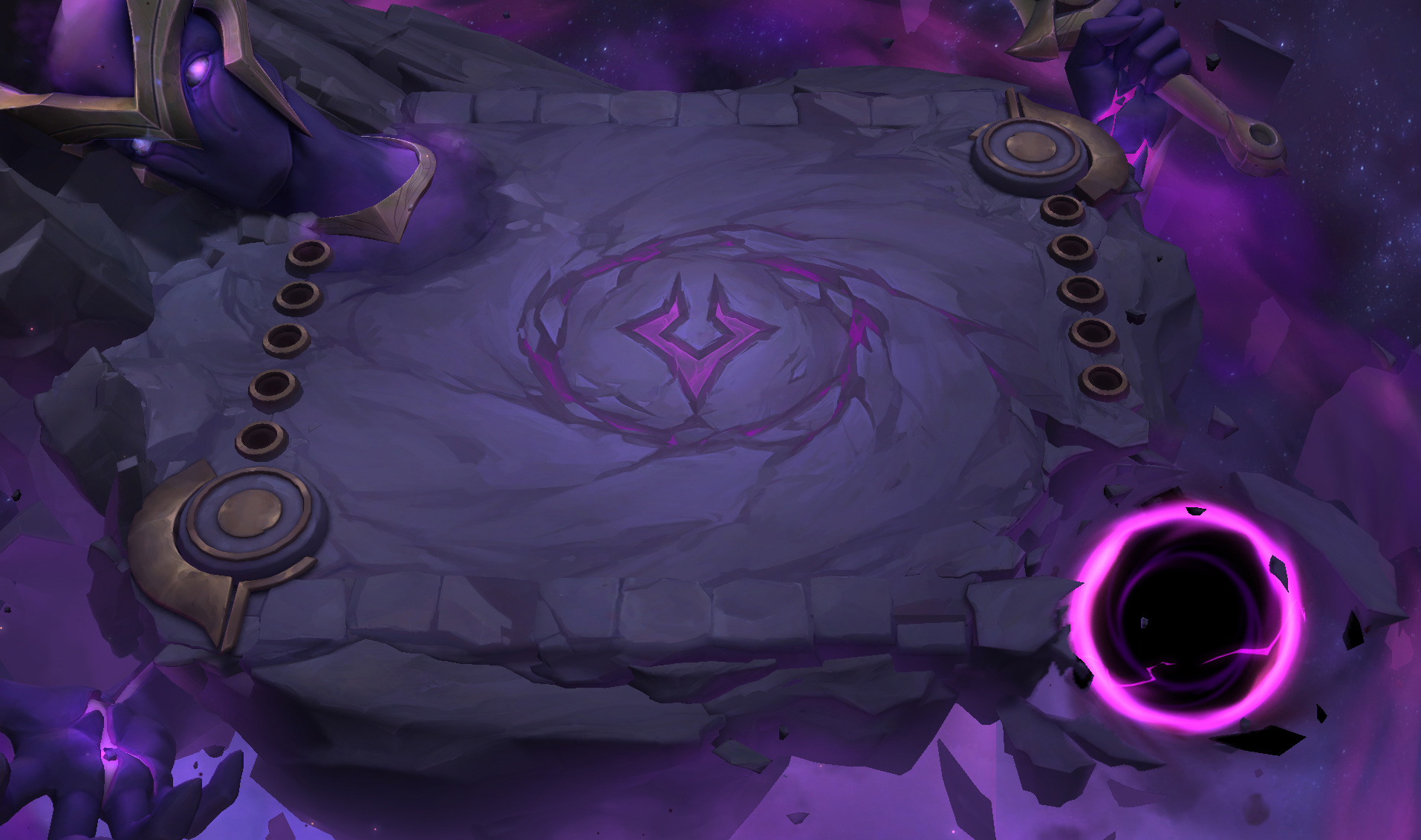 A new Teamfight Tactics set is on the horizon, meaning a host of new arena skins will be available for fans to unlock. Riot Games showed off three new looks for the TFT arena in a developer update today, giving fans a glimpse of what’s in store for the autobattler.

As its name may suggest, the new Galaxies set is centered around League of Legends intergalactic and Dark Star themes. Each of TFT’s upcoming arenas shares a similar color-scheme, taking on the dark purple, blue, and red hues of the deep space themes. Yet each of the three arena skins features a different League schematic: Dark Star, Freljord, and a fiery Dragonslayer-like look.

Once the set goes live, TFT fans will be able to purchase the new arena skins individually for 1380 RP each or in a bundle of three for 2900 RP.

Riot also hinted at new Odyssey-themed arena skins that will release in the “next couple of patches” and even shared a preview for the arena, which features Odyssey Jinx’s space ship crashed across the length of the map. The arena skin is still a work in progress, however, and may change in the weeks leading to its release.

For the upcoming Galaxies set, Riot is removing the beta tag from its battle pass. Unlike previous sets, the new set will feature two passes: a free pass and an upgraded pass named the Galaxies Pass+. The latter will grant fans exclusive rewards unavailable to fans with the free pass and will sell for 1350 RP.

Players will also be able to unlock upgraded arenas skins that will be “much more than recolors of the past” by leveling up the free Galaxies Pass.

Fans will be able to purchase and earn experience points for the Galaxies Pass+ until June 9 at 1pm CT.