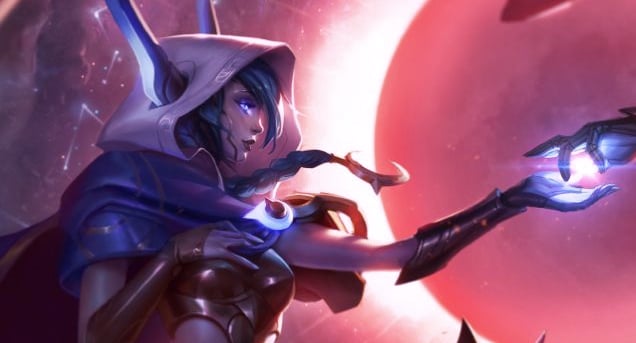 Stephen “Mortdog” Mortimer, the lead game designer of Teamfight Tactics, provided fans with a math lesson today to try to determine which item is better: Infinity Edge or Last Whisper.

Itemization plays a huge role in getting players to finish within the top four, especially when it comes to items like Infinity Edge and Last Whisper. It’s important to critically think about which champion an item is being placed on, as well as what comps the opponents are playing. Vanguards are back in the TFT meta, leading many players to wonder if Last Whisper or Infinity Edge is enough to beat them.

IE grants 15 percent attack damage and 100 percent crit chance. It also grants a 20 percent bonus for critical strike damage. On champions like Xayah and Jhin, IE is a powerful item that increases their damage output.

Last Whisper is an item that increases attack speed (not damage), crit chance by 20 percent, and its critical strike reduces a target’s armor by 75 percent for three seconds. LW is effective against comps that have an increase of armor, such as Vanguard.

But despite the effectiveness of LW against comps like Vanguard, it’s not enough to completely obliterate them. Six Vanguard has an increase of 1,000 armor, meaning that even when facing units with LW on them, the Vanguard champions still have 200 armor, which is hardly a number to easily dismiss.

Last Whisper does cause more damage than IE against Vanguards, according to Mortdog. But it’s not an auto-win. Knowing the math behind items and how they play a role against other comps can elevate a player’s gameplay, however, and help produce consistent results while grinding up the ladder.