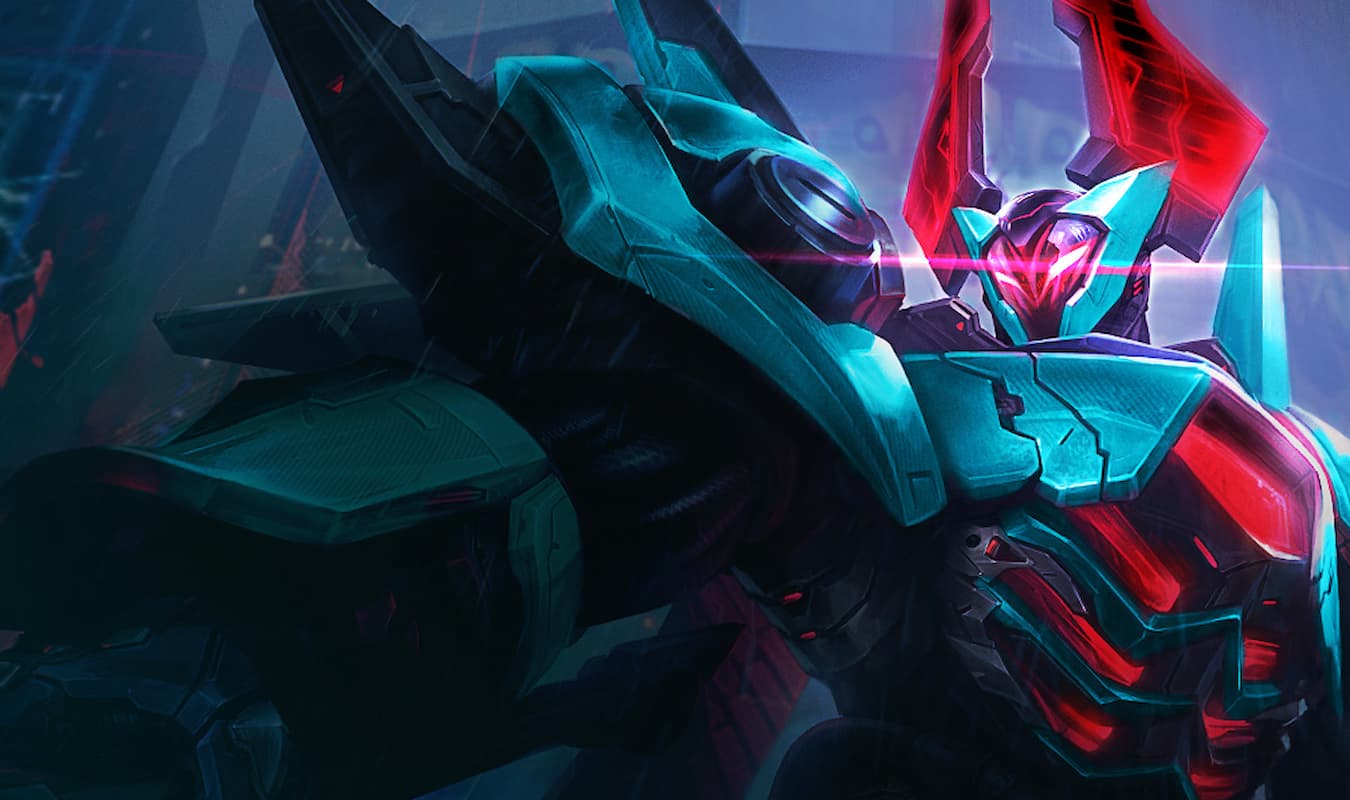 Among the set’s new traits is LaserCorps. LaserCorps is a nine-piece vertical trait with breakpoints at three, six, and nine.

With only seven units available, and no more units taking up two slots or counting as two or more of one of their traits, activating that chase trait will require players to craft at least two LaserCorps emblems and hit level nine (assuming no Tacticians Crown). The recipe is Sword + Spatula.

Every LaserCorp agent has a little drone that flies around next to it. Whenever an agent attacks an enemy or is hit by an enemy attack, its drone has a 50% chance to deal magic damage to the unit’s target. Each drone’s attack is on a 0.5-second cooldown.

Also, in a “Dark Star” kind of mechanic, whenever an agent dies, its drone will attach to the nearest friendly agent. Each breakpoint in the vertical buffs how much damage the drone does with each attack.

As of the initial PBE build, the numbers are as follows:

The seven LaserCorps units and their other traits are:

Mordekaiser is one of the new set’s five-cost units, and like any legendary, his ult, Skyline, is a game-changer. But he might also have one of the most visually awesome ults TFT has ever seen.

Skyline transports the entire arena into his realm for four seconds, and shreds all enemy magic resist by 50%. He then slams a building onto enemies that does a lot of damage. The duration of the realm, amount of MR shred, and building damage all increase with star level. Additionally, depending on how many Ace units you have in your final Mordekaiser composition, his damage will execute enemies at either 15 or 30 percent health.

Duelist and Brawler are the key overlapping traits for a LaserCorps composition, and with the former being a surefire way to proc laser shots (keeping in mind the 0.5-second cooldown), plus the fact that Zed has three traits, look for him and Yasuo to be the carry and item holders for the vertical, respectively.

Set Eight will land on TFT PBE on Tuesday, Nov. 15, and will be there for three weeks’ worth of balancing instead of the usual two due to the Thanksgiving holiday in the U.S. before launching in full with patch 12.23 on Wednesday, Dec. 7.