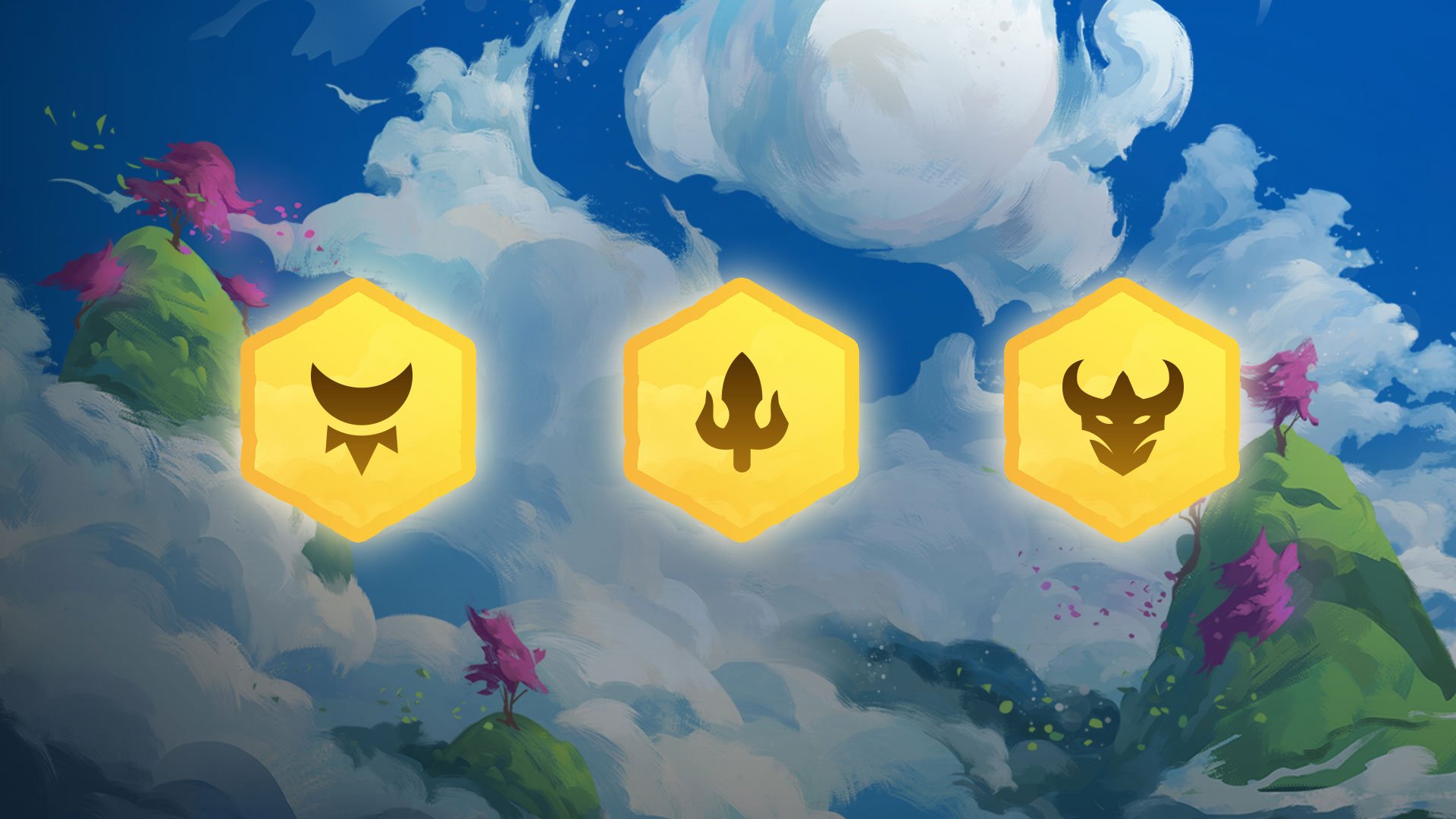 With the arrival of Teamfight Tactics: Fates, over a dozen new traits have been introduced.

For new and old players alike, it’s easy to be overwhelmed by the new features and champions that are available, especially with the introduction of the Chosen mechanic that allows some champions to count for a synergy twice.

To help with that, here’s a preliminary tier list gauging the power levels of these traits on release, with some suggestions for the strongest origins and classes to play on Patch 10.19.

Warlord – Warlord is a ‘win-more’ trait, with early combat victories almost guaranteeing a winstreak. Likewise, finding an early Chosen Warlord gives you the potential to snowball out of control, making it a no-brainer to pick up more Warlords with the extra income from winstreaks.

Duelist – Kalista is powerful with certain items like Guinsoo’s Rageblade, Runaan’s Hurricane, and Hextech Gunblade. Higher tiers of the Duelist synergy are also available quite early, due to Yasuo always being a Chosen Duelist because his origin, Exile, can’t be the trait that counts twice.

Adept – With many of the stronger synergies relying on on-hit effects or rapid mana generation, such as Sharpshooters or Moonlight, Adept can neutralize threats before the damage is done. Against any opponent, they significantly slow down the ability to generate mana and cast abilities, which can be damning for single-carry compositions.

Sharpshooter – The Sharpshooter units available use this trait incredibly well. Nidalee with Shojin applies the mana-refunding effect on each bounce. Jinx’s stun rocket ricochets, as does Teemo’s blind. Jhin remains a hard-hitter in terms of damage, even more so than in Set 3.5, and this composition has a great opener as the first tier of this synergy can be accessed relatively early.

Dusk – Riven has the potential to carry games on her own, and six dusk/ three-star Riven isn’t too hard to hit. But it loses to burst like Elderwood Veigar and results in more ties than normal against tanks like Hecarim or teams with Mystic.

Enlightened – The Enlightened units are strong across the board. Janna is a versatile unit that can keep carries alive while also providing a damage boost. Nami, too, is a powerful early game utility champion and lets you access three Mage easily. Four Enlightened is quite popular, but six doesn’t see very much play.

Moonlight – Aphelios carry, while a bit gimmicky, can be unstoppable if this comp is uncontested. If you find an early Chosen Moonlight, you only have to three-star two units instead of three, giving you flexibility for synergies. Aphelios is also a Hunter, so splashing that trait gives you secondary carry potential in case your four-star Aphelios should die.

Elderwood – Relatively simple to play, and most of these individual units are quite good, meaning you have a lot of flexibility when it comes to finding three-star champions. No clear single-carry and synergy between ultimates that keep units alive and Elderwood’s health-increasing effect can lead to unkillable Maokais, Hecarims, or Nunus with extremely high damage.

Cultist – Nine Cultist summons a Galio that knocks up essentially the entire board, which has few answers and brings a huge disruption to opponents’ boards. This is dependent on finding a Chosen Cultist unit, though, as there are only eight champions with the trait. On top of this, some of these champions are highly contested, such as Kalista (Duelist), Aatrox (Vanguard), Jhin (Sharpshooter), and Zilean (Mystic). Otherwise, there are a variety of compositions that only require three or six Cultists, still giving the opportunity to expose the weakness of opponents with clumped units.

Mage – Mage typically uses Ahri carry, which does damage comparable to Gangplank from Space Pirate compositions on Set 3.5, but Ahri is more susceptible to dying before casting her ult. Her cast time is also long, making it hard to guarantee her damage, especially the second cast that the Mage trait enables. Otherwise, the trait has some very solid options in terms of utility (Nami, Lulu, Lillia) and secondary carries (Veigar, Twisted Fate).

Shade – The Shade units are decent, but absence of a clear secondary synergy makes this trait lackluster. Four Shade’s damage buff is incredibly high, though, so this becomes a viable option if you happen to find a Chosen Shade.

Exile – Exclusive to Yasuo and Yone, Exile offers a shield at the beginning of combat if there are no units in adjacent tiles. With both Yasuo and Yone in play, the Exiles also gain a considerable amount of lifesteal. Exile cannot show up as a Chosen trait, encouraging players to buy XP to access Yone. Overall, the units are strong and Yone’s class, Adept, is a great synergy.

Hunter – Hunter seems to be good only as a secondary trait to Aphelios/Moonlight. Warwick is a decently powerful unit but doesn’t offer the same carry potential or consistency as Shojin/on-hit Aphelios. Kindred and Ashe have underwhelming abilities but can contribute a decent amount of damage with the Hunter trait.

Vanguard – Some of these units are individually strong, like Aatrox and Sejuani, but Set 4 offers magic damage in most viable team compositions. In this way, two Vanguard is common, but more than that isn’t conducive to winning unless your lobby is overwhelmingly physical damage carries.

Brawler – This trait’s additional health simply isn’t as influential as the power of other traits with distinctively combat-oriented effects.

Dazzler – Only good as a splash, Dazzler received continuous nerfs while being tested on the PBE, including the removal of this trait from Cassiopeia. At this point, it seems conditional and should only be considered in the later stages of the game when Ezreal is accessible.

Divine – There’s no clear carry among the units with this trait, and there are few opportunities for other synergies. Also, it’s more difficult to reach the highest tier of this trait than Dusk six or Cultist nine, given that you need one Chosen/one Sword of the Divine or two Sword of the Divine.

Ninja – Unlike Set One, where Ninja/Elementalist and Ninja/Assassin were viable, this set offers little in terms of playable secondary traits for Ninja comps. This makes Ninja weak and difficult to play given the trait is only active at one or four Ninjas, especially when Shen is a contested unit for anyone trying to find a Mystic or Adept.

Keeper – The numbers on the shield are not too bad, but the lack of secondary synergies available and the inaccessibility of Riven (due to contestation from Dusk players) and Azir (because of XP changes making five-cost units harder to acquire) make it difficult to play. The nail in the coffin comes from how you’d have to position these units, though: with even more area-of-effect spells in Set Four, taking full advantage of the Keeper trait puts you at risks such as your entire team being knocked up by a Cultist player’s Galio.

Fortune – There are lots of funny clips from players with Fortune synergies hitting 10+ round loss streaks, then highrolling or lowrolling their loot after a win at low health. The randomness makes Fortune just way too inconsistent.

Spirit – Spirit was bugged while on PBE, resulting in far greater power than intended. As such, it’s hard to accurately describe how strong it is.

Mystic – Mystic’s magic resistance is completely situational, and its value depends on the amount of magic damage in any given lobby.