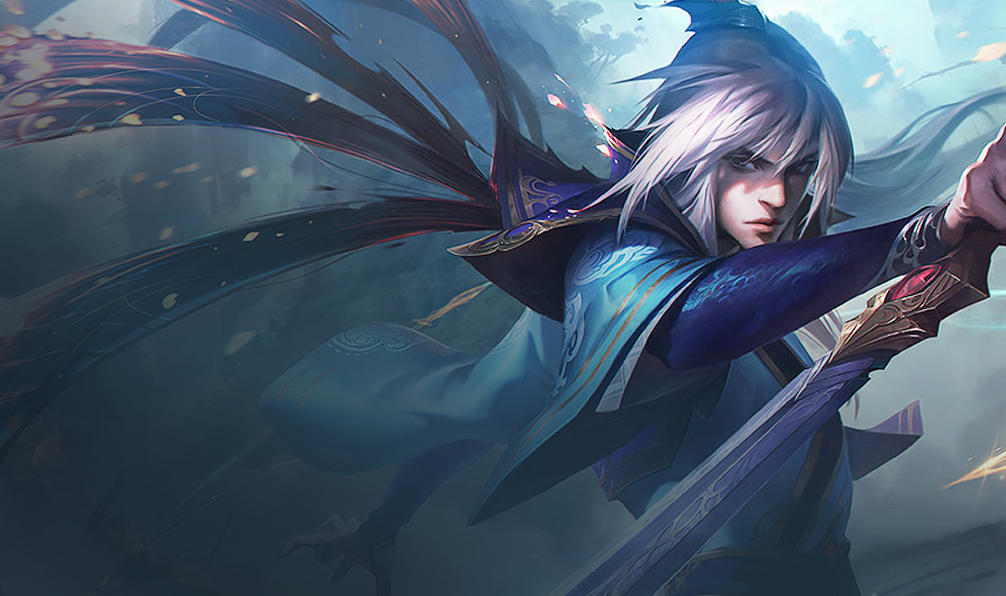 Teamfight Tactics players have just under two weeks left to take advantage of the 4-1 roll down meta in Patch 10.23.

A number of TFT system changes are being tested on the PBE leading up to the 10.24 update on Nov. 24. Adjustments to player damage and roll odds will shake up the Set Four Fates meta. But until then, Patch 10.23 will provide the last opportunity for players to rank up by using the infamous stage 4-1 roll down strategy.

The TFT 10.23 update didn’t bring about any drastic changes to the meta. Ashe is a little more squishy and Ahri may have seen the last of her big “BEWM” days. Expectations were high for the changes applied to Xin Zhao and the adjustments made to the Warlord/Duelist champion were positive. Zhao’s late game is still on the weak side, though, leaving Warlord and Duelist reroll comps at a disadvantage.

Rather than focusing on specific builds, most competitive players like GrandVice8 have been playing the 4-1 roll down comp. More of a strategy than an actual build, the 4-1 roll down involves playing the strongest board and slamming top-tier items up until stage 3-7 Wolves. Leveling up to seven at stage 4-1, players will roll down in hopes of finding a solid four-cost Chosen, or enough high-powered units to stabilize, until hitting level eight. Some of the champions you can build around during a 4-1 roll down include Morgana, Talon, Yone, Ashe, Kayn, Riven, Jhin, Lee Sin, Sett, and even Warwick, according to GrandVice8.

Talon and Morgana/Enlightened remains one of the best TFT comps to build in the Patch 10.23 meta, according to the recent comp sheet released by Wrainbash on Reddit. Talon was adjusted, having him target the lowest armor unit, but the change hasn’t depreciated the assassin’s power levels. Similar to Patch 10.22, Talon pops off when equipped with items like Infinity Edge and Guardian Angel. Quicksilver Slash isn’t as important, replaced with items like Hand of Justice and Giant Slayer. Morgana is still the secondary carry in the build, tearing down enemies with Morellonomicon, Chalice of Power, and Luden’s Echo.

Trait synergies like Adapt, Dazzler, Mystic, Assassin, and Divine are also key to placing first with Talon as the main carry in Enlightened. Pyke is by far the best assassin to pair with Talon, even if he falls off slightly during the late game, due to his stun. Shen remains one of the most sought after four-cost champions because of his traits and power levels, while Lux is likely one of the most underrated Set Four Fates champions.

The Cultist trait was also adjusted in Patch 10.23, but chasing nine is a bait. Three and six Cultists remain a strong option during early and mid-game strategies but fall short when playing for a top-four lobby spot. Elderwood and Ashe are still solid comps and can top-four when played correctly. Reroll comps are hot too, especially Diana Moonlight and Double Bubble. Dusk, however, is slightly stronger than these alternatives.

Dusk and Riven have slid back into A-tier status during the TFT 10.23 meta, although getting the comp to succeed in the late game relies on two-starring a number of four and five-cost champions. Riven is the main carry, equipped with items like Bramble Vest and Ionic Spark. Jhin is the secondary carry and essential toward the build’s success. Shen is a tank that can block assassins from getting to Jhin with Zz’Rot Portal, but Zilean is a better option when seeking to place first. Kayne and Yone are also solid five-cost units to flex in for an advantage at level eight or nine.

The next update scheduled in TFT will take place on Nov. 24. Patch 10.24 is set to contain a number of system changes that are sure to create flexibility in Set Four Fates.