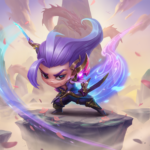 Tacticians and dragons reside together on the Dragonlands islands within Teamfight Tactics Set Seven, waiting for players to unlock them via the battle pass, battle pass-plus, and exclusive shop bundles.

Players can choose to purchase the Dragonlands-plus pass at anytime prior to the release of the Mid-Set, earning all rewards based on experience points earned throughout Set Seven. 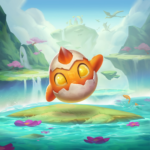 There are a total of 42 rewards within the TFT Set Seven Dragonlands battle pass, along with three additional emote rewards upon completing the pass.

Other Set Seven Tacticians and Arenas

Chibi Champions return to Set Seven, featuring Yasuo with a direct purchase price in the shop for 1,900 RP/TC. The new Chibi also comes with a special finisher, unseen before in TFT, providing a mini cinematic Boom. Players can also unlock a Yasuo Chibi Champion via Dragonlands eggs, priced at 490 RP/TC, with a guaranteed drop of Yasuo prior to cracking egg number 37. 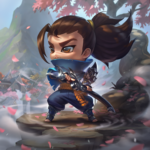 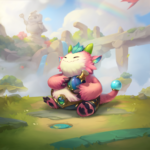 Priced at 390 RP, there is a five percent drop rate for Choncc. And if low-rolling plagues your cosmetic collection, players are guaranteed a Sanctuary of the Ancient Arena after opening 60 chests.

Joining Choncc as purchasable Little legends are Burno and Poggles. Both have a total of six variations. 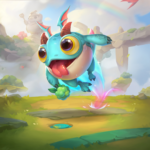 Burno and Poggles can get purchased directly for 925 RP/TC or can get dropped via Dragonland eggs. 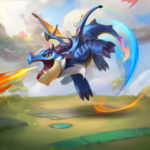 There are a total of three Dragonlands bundles players can purchase in the TFT store.

Sanctuary of the Ancient bundle

Players who prefer eggs over chests can get the TFT Dragonmancer bundle, priced at 10,425 RP/TC. Contained within the Set Seven bundle is a Dragonlands-plus pass, 16 Dragonlands eggs, one Chibi Yasuo, and three bonus Dragonlands eggs.