Snutz fought his way out of the losers bracket to win. 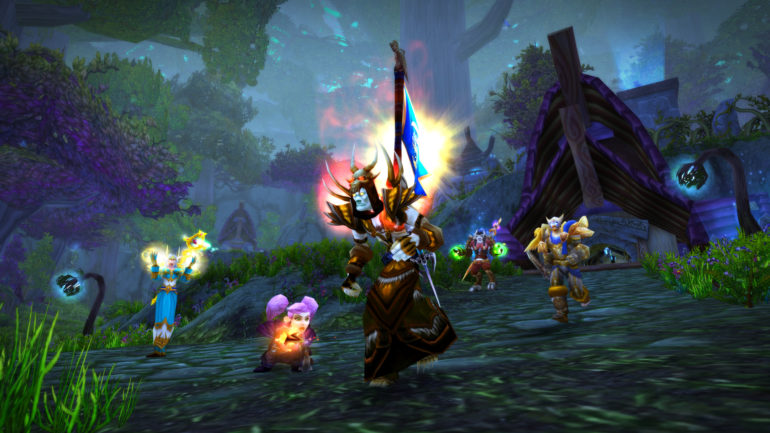 The end result for the CDL doesn’t convey the journey that the league has experienced since its inception in October, however.

Tips Out announced his plans for the CDL as a league for one-vs-one dueling in Classic just a couple months after the game’s release. But with no official support from Blizzard Entertainment, logistical complications hindered the league’s ability to thrive.

Following a qualification process that set up for official league play in November, the CDL was hit with a curveball by Blizzard. With many players effectively speedrunning Classic content, Blizzard opened up the honor system for PvP prematurely to keep fans engaged. But with no apparent communication from the developer, the CDL was forced to adjust.

The honor system was opened up for players on Nov. 14, just days before the CDL was set to begin official league play. With many players in the CDL looking to rank up in the honor system, something that’s extremely time-intensive, the CDL was met with complications.

Those issues were furthered when Blizzard also released its PvP battlegrounds earlier than originally announced on Dec. 10, just a few days before the CDL Championship was set to take place.

In an attempt to provide favorable conditions for players, Tips Out and his administrators announced that they were postponing the championship to this past weekend as a way to be considerate to players looking to rank through battlegrounds.

Despite the delays and issues, the league persisted and didn’t completely flounder. With a slew of Arena World Championship players and popular streamers like Sodapoppin, the CDL was able to find a victor and dole out a $50,000 prize pool that was supported by WoW esports organization Method, an organization that’s no stranger to running grassroots esports events.

Attempting to provide the most professional production possible, Tips Out cast his league’s championship wearing a suit in front of a green screen. And at the end of the day, a champion was crowned as viewership on Method’s official Twitch channel peaked at 15,272.

The season was by no means perfect. The complications the CDL experienced could be viewed as a combination of bad luck with scheduling and a lack of coordination with the game’s developer.

But the league’s perseverance and completion are a feat in and of themselves. With battlegrounds now playable and players nearing the end of their ranking grind within the next month or so, one could see an optimistic outlook for more small-scale Classic esports events to emerge.

Blizzard’s general lack of involvement or support may provide a reason for fans to be wary of how big these sort of events could become, but the way that the Classic community of content creators has rallied makes it apparent that more could be on the horizon for the game’s grassroots esports efforts.