“The game is garbage and Blizzard fucked it up.” 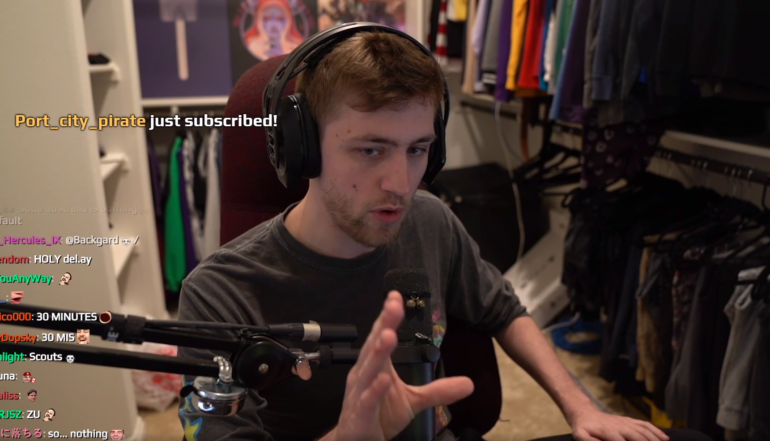 Sodapoppin was one of the most-watched personalities on Twitch last year when he was playing World of Warcraft Classic, both during its beta and after it went live. But in his first stream back from a one-month hiatus today, the streamer said he doesn’t plan on playing the game again on air.

“I’m not going to play WoW on stream again for a long time,” Soda said. “I still have to do my MC raid every week, where I manage 39 retards. I don’t think I’ll stream it on this channel, though.”

In 2019, WoW was Soda’s top game with 18 million hours watched and an average of 31,708 viewers, according to Stream Hatchet data. But due to the ease with which people could stream snipe Soda and disrupt the MMO’s immersive experience, the streamer became frustrated.

The stream sniping was so bad that by the time the PvP honor system in Classic was released, Soda decided to stop streaming altogether. Instead, he grinded out Classic PvP content to rank up and earn rewards.

While on his hiatus that began on Dec. 2, though, he actually spent some time streaming for friends who were interested in watching him play. Setting up a second Twitch account, Soda streamed with no mic, no webcam, and a 30-minute delay.

“I was streaming on an alt account, if you want to call that streaming,” Soda said. “It was one of those things where some of my viewers were like, ‘hey, can you at least stream your gameplay so some of us can see what you’re doing?’ And I was like sure.”

Despite most fans not even realizing that he was playing, enough people recognized him on the second Twitch account that people from the opposing faction were making raid groups to find and kill Soda when he was in a zone.

The only issue for them was that instead of being in the zone that they saw on the stream, he was halfway across Azeroth because of the 30-minute delay on his stream.

“I would have scouts go where I was 30 minutes ago,” Soda said. “They would send me messages like ‘hey man, people are forming raids to kill you where you were 30 minutes ago.’ I was fucking on the other side of the world at that point. It was actually hilarious.”

Ultimately, it appears as though even that wouldn’t have stopped him from playing WoW completely. He said that he’s still doing his weekly raids of Molten Core, but his PvP efforts have come to a close because he wasn’t satisfied with the version of WoW Classic that was released by Blizzard.

“I quit because the game is garbage and Blizzard fucked it up,” Soda said.