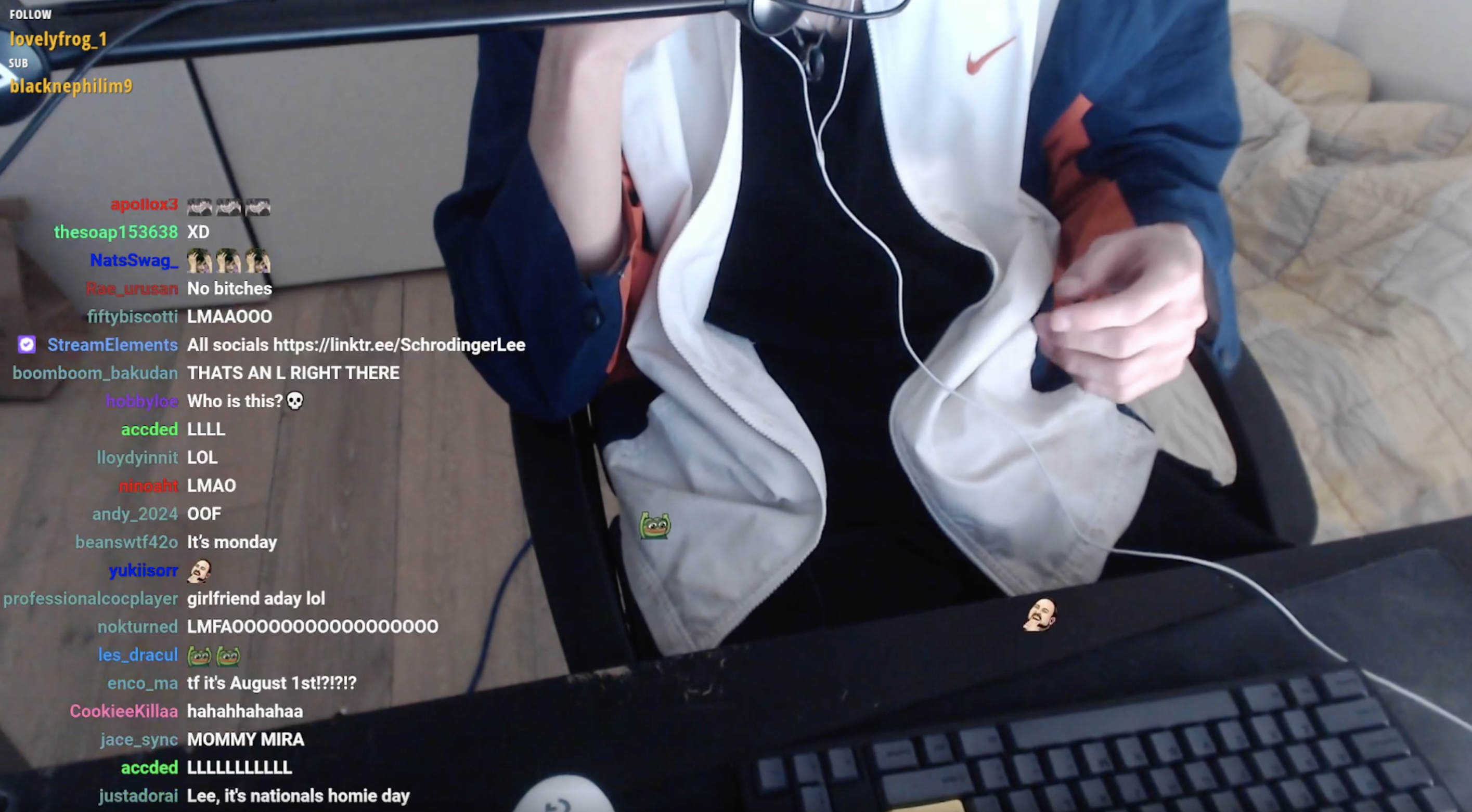 One of the most popular modes of fan interaction for popular Twitch streamers is through the use of a face cam to gauge their unspoken reactions to fun moments. For some, however, there is a mysterious allure to faceless streamers because of the lack of a face to pair with a streamer’s voice. Yet, one of the most satisfying and exciting moments is created when a faceless streamer finally does a face reveal for their communities. That is what viewers of Twitch streamer SchrodingerLee were granted during his most recent stream.

SchrodingerLee’sbegan his gargantuan 100-hour subathon stream on Aug. 5, to participate in Twitch’s SUBtember event, where the tease of a face reveal was promised all throughout the stream’s title. As per usual, SchrodingerLee was streaming without his face in the picture, but in the title, fans grew both excited and weary of the streamer’s title, “100 Hours, Here We Go, Face Reveal”.

Skepticism finally went away when the streamer dropped down into the face cam screen, visibly distraught and nervous at the reveal. In response to the nerves, he greeted viewers with a jovial wave and smile.

The reaction to his face reveal was a positive shock from his viewers as many of them spammed the Twitch chat, unable to contain their excitement over the streamer’s face reveal.

Aside from being a part of the Twitch streamer’s subathon, the face reveal was also done as a celebration of his Twitch partnership anniversary, as well as reaching one million subscribers on YouTube.

Shortly after the initial reveal SchrodingLee also revealed that this moment will not be the last time he does streams with a face cam, saying he will do them “every now and then.” He also tweeted out to his Twitter followers that the “rat has finally come out of hiding” for those unable to tune into the stream live during the night.

Regardless, viewers of SchrodingerLee will now rest a little bit easier knowing that they can at least match a face to his voice now.