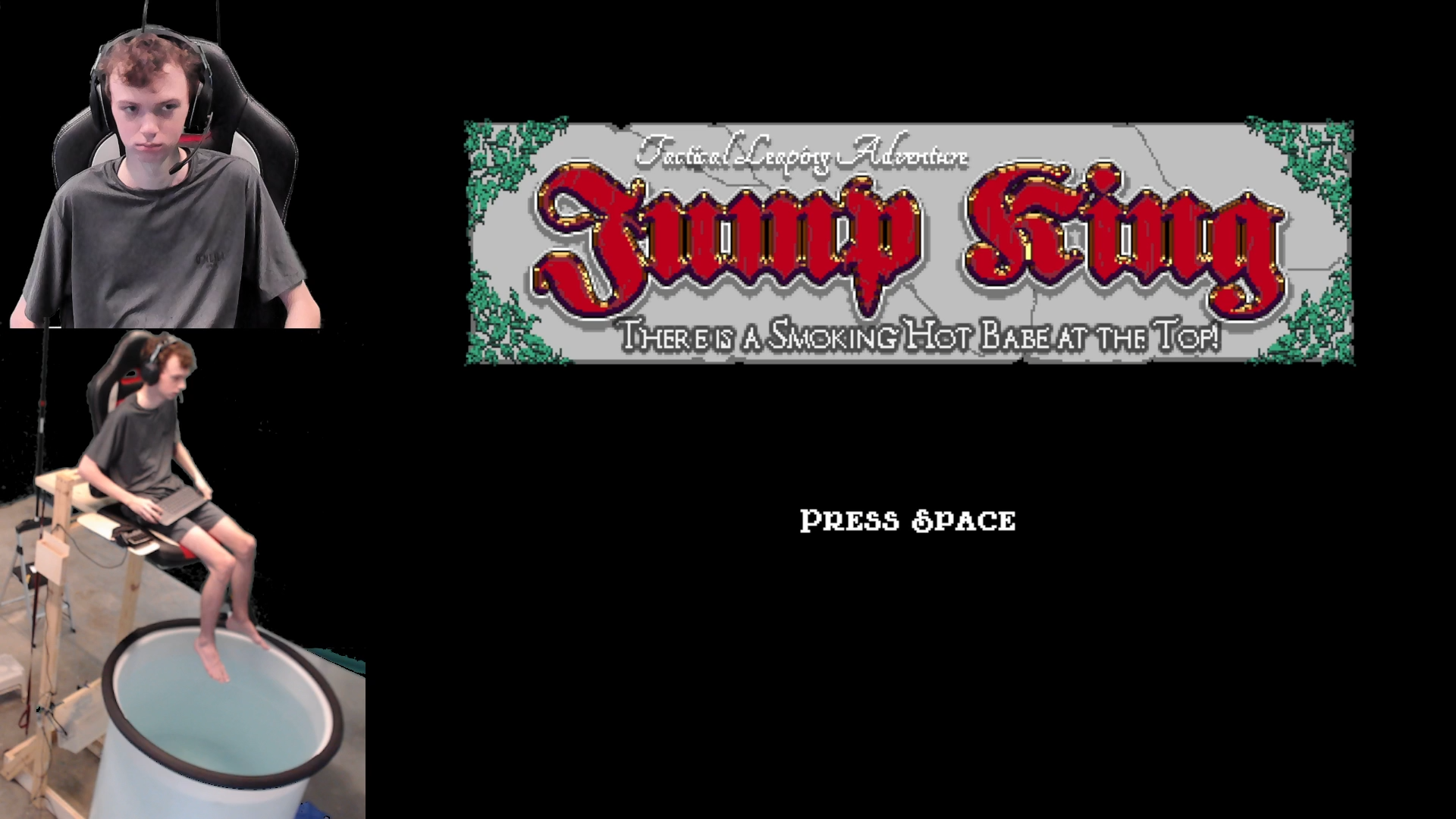 Streamer KeatDawg created one of the most unique and cruel streaming setups ever seen on Twitch, playing Jump King while suspended over a dunk tank that drops him into water every time he falls in the game.

Jump King is a notoriously difficult game, forcing the player up a seemingly never-ending ascent riddled with steep slopes, treacherous winds, and other obstacles that constantly send players crashing back to the bottom of the map. For streamers, Jump King has almost become a rite of passage; nearly all of the most popular creators–like xQc, Ludwig, Mizkif, and more–have all dedicated countless hours to the platformer.

Small streamer KeatDawg added another level of torture to the already arduous game, creating a very real consequence for every fall. The Twitch streamer set up a fully operational dunk tank which detects every time he has a significant fall in game. If KeatDawg takes a tumble down the map, seconds later he’s plunged into the pool in real life.

Thankfully, KeatDawg’s creation accounted for the potential hazards of such an endeavor. The streamer uses a one-handed controller and a mechanism to catch his headphones, preventing any potential hardware spilling into the pool. While the setup still requires KeatDawg to reset his chair after every dunk, the streamer still created a near-perfect rig for his masochistic endeavor.

KeatDawg was dunked more than eight times through the course of his 21-minute stream with a short moment of silent acceptance before every fall into the water. The stream was eventually ended due to a malfunction in the setup’s system and it is unclear if KeatDawg will broadcast with the rig again in the near future.