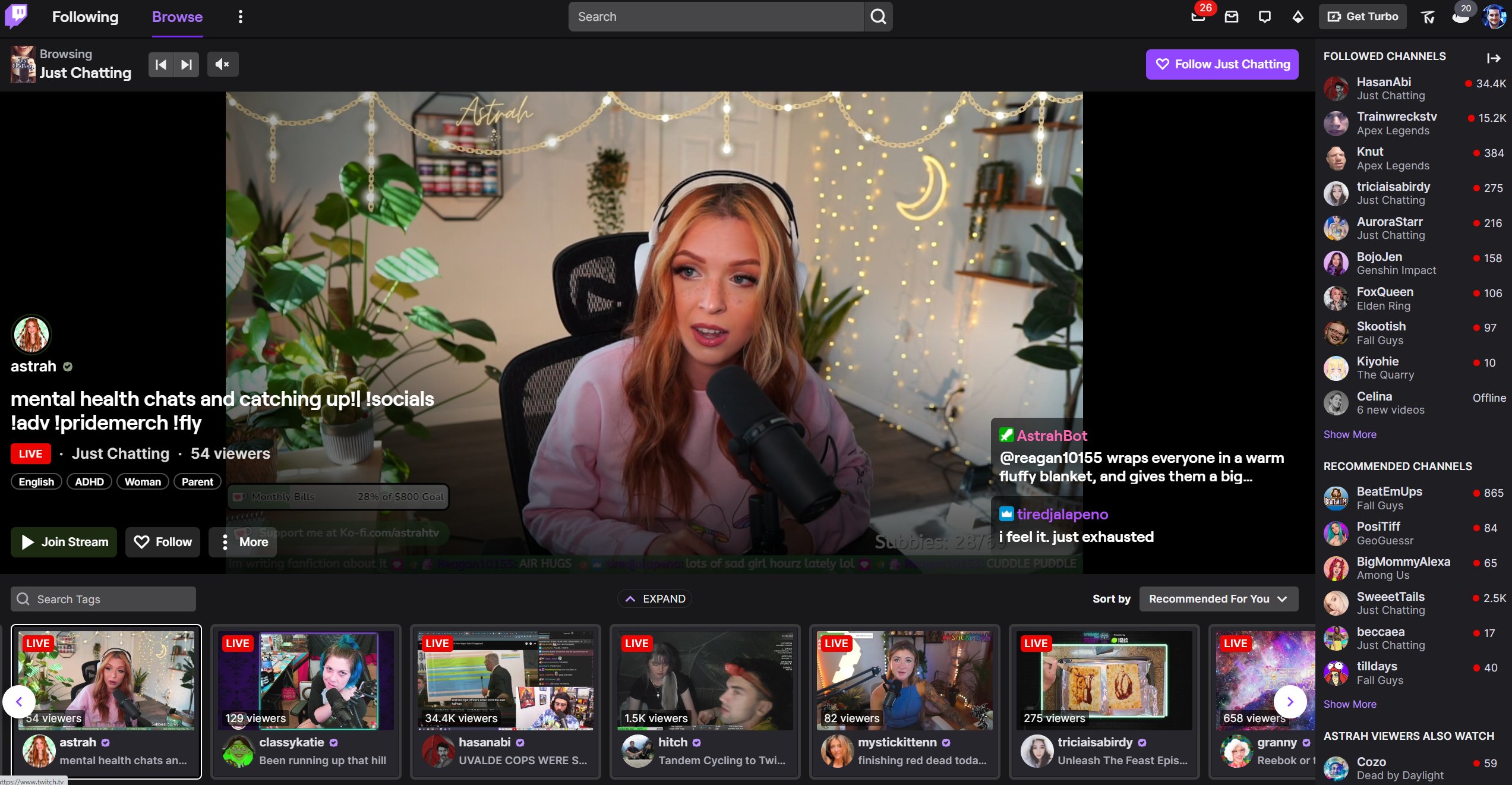 Twitch is testing out an experimental new version of the website’s browser tab, one that hopes to increase discoverability for content creators.

Though one of the most-viewed livestreaming platforms for well over 10 years, Twitch’s layout has seen little change. Recent months have seen significant changes to the platform, as Twitch has rolled back several features to tighten the platform’s services. An upcoming change to Twitch’s browse feature may be the most radical change made to the website’s layout since its inception.

Early images of the new browser layout were released by Zach Bussey and LowcoTV. When browsing through any game’s streamer directory, viewers will now see the most popular stream broadcasted at the top of the screen. The featured broadcast takes up a large portion of screen space, with live chat and the broadcaster’s follow button also prominently displayed.

While users are still able to browse channels in the traditional scrolling and sorting method, the prospective feature is not highly anticipated among all users. Twitter users, such as Knightset, have been critical of the obtrusive size of the notably immutable broadcast.

Others have been cautious that this may be yet another way for Twitch to serve ads to a wide audience, although Twitch’s principal product manager, Steve Mz, assured viewers that there would be no ads for the short streamer previews.

The new layout is still in development and could see further changes before its official implementation. For now, only selected viewers will be able to access or view the new feature.