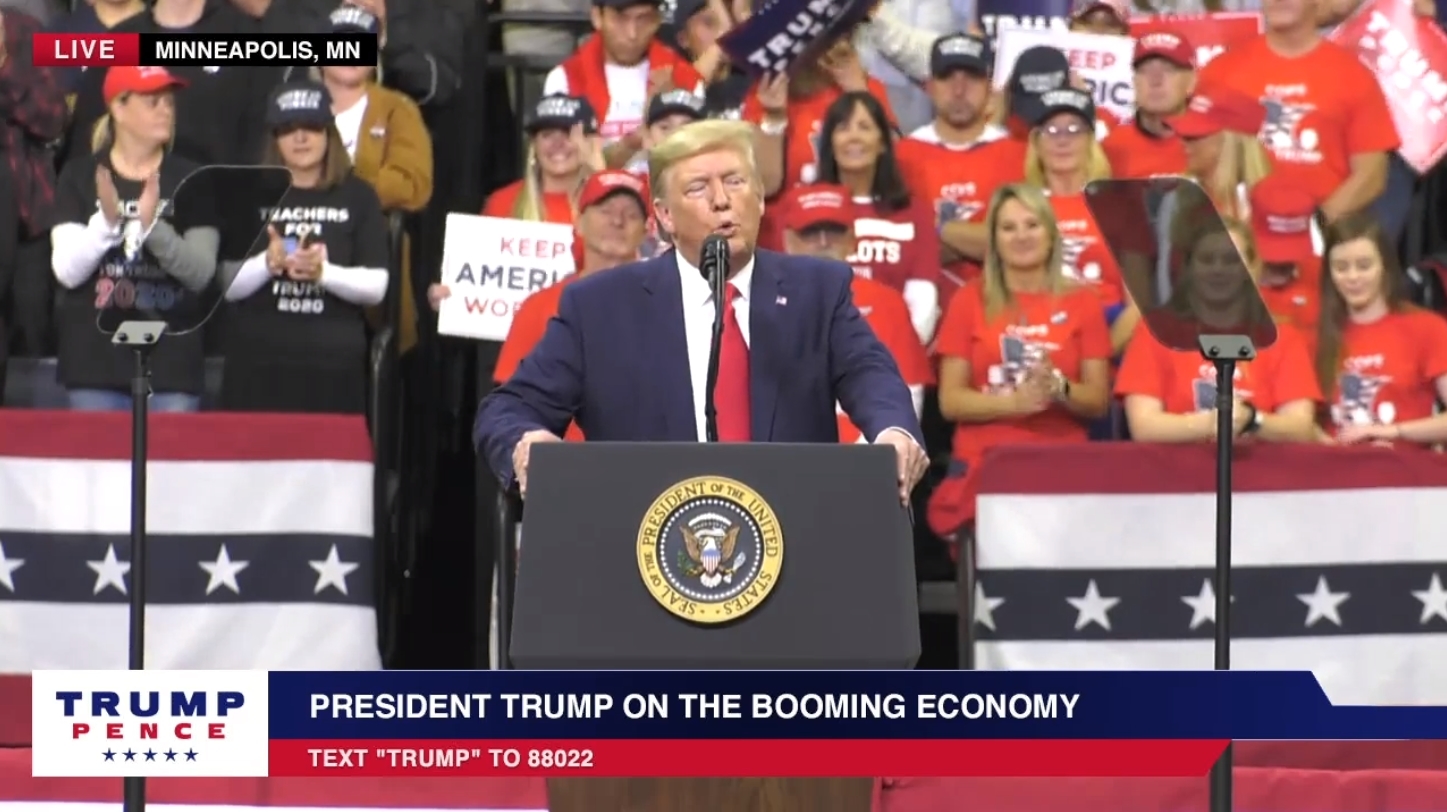 President Donald Trump launched his own Twitch stream earlier tonight, and after a few hours of waiting, Trump went live with his first broadcast.

The president streamed his campaign rally in Minneapolis, which was being watched by about 8,000 viewers near the beginning of Trump’s speech. But the viewer count rose to about 18,000 as he began to tear into his political opponents. While he was doing so, the followers-only chat spammed emotes and memes.

While Trump was speaking, a banner below him advertised his official campaign merchandise. Below the stream, the channel had panels promoting donations, merch, and his campaign site.

Numerous Twitch staff members sat in the chat, presumably to be a part of history and to make sure the chat didn’t get out of hand.