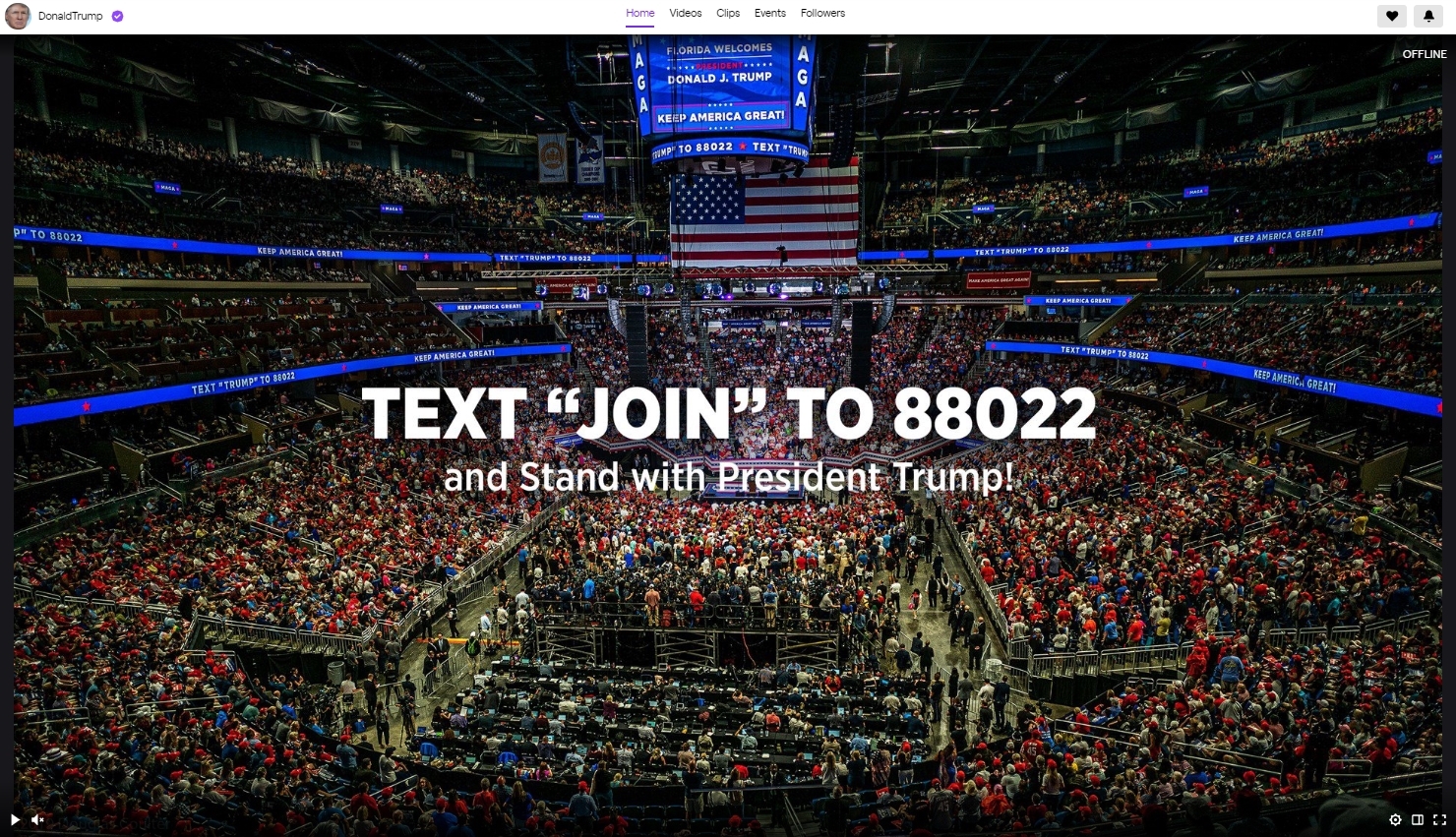 President Donald Trump has launched an official Twitch channel, which will stream his campaign rally in Minneapolis tonight.

The channel, which already has more than 4,000 followers, promotes Trump’s campaign website, merchandise, and donations, as well as various social media accounts underneath the video player. The chat has numerous Twitch staff members listed under the users tab, and it is still being flooded with numerous emotes and memes.

Democratic presidential candidate Bernie Sanders launched his Twitch channel in June, so Trump’s certainly not the first politician branch into the streaming platform, but he is certainly the largest.

Trump’s stream indicates viewers will be able to watch his campaign rally in Minneapolis, but the stream is not online as of writing.