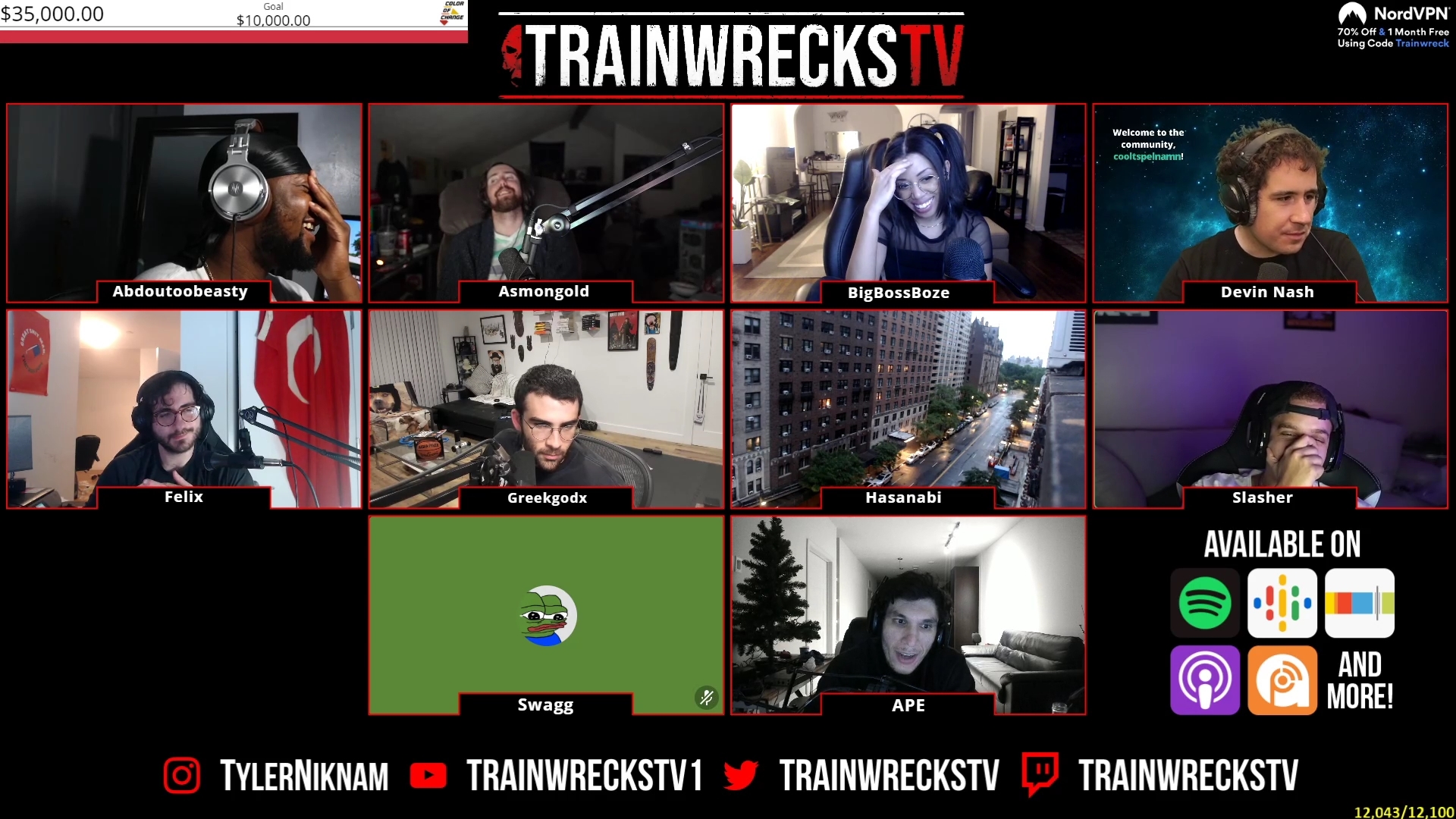 The gaming community is continuing to come together to support the Black Lives Matter movement. Last night, Trainwreckstv’s Scuffed podcast raised over $35,000 in five hours for Color of Change.

A litany of top broadcasters and community members on Twitch joined Trainwreck on the podcast, including Asmongold, Greekgodx, Pokimane, Hasanabi, Slasher, and NICKMERCS.

The podcast included a discussion of the matter at hand on a worldwide scale, the current protests against police brutality and systemic racism. As the group chatted, donations flowed in.

Trainwreck thanked his community and his special guests for chipping in to help the Color of Change charity, which is the world’s largest online racial justice organization.

The gaming industry has shown a ton of support for the Black Lives Matter movement, including delays of many industry events to better give a voice to those who need it most. Most notably, the PlayStation 5’s huge reveal event was indefinitely postponed in light of the current situation.

Even Call of Duty players were greeted with a Black Lives Matter screen upon booting up their games today.