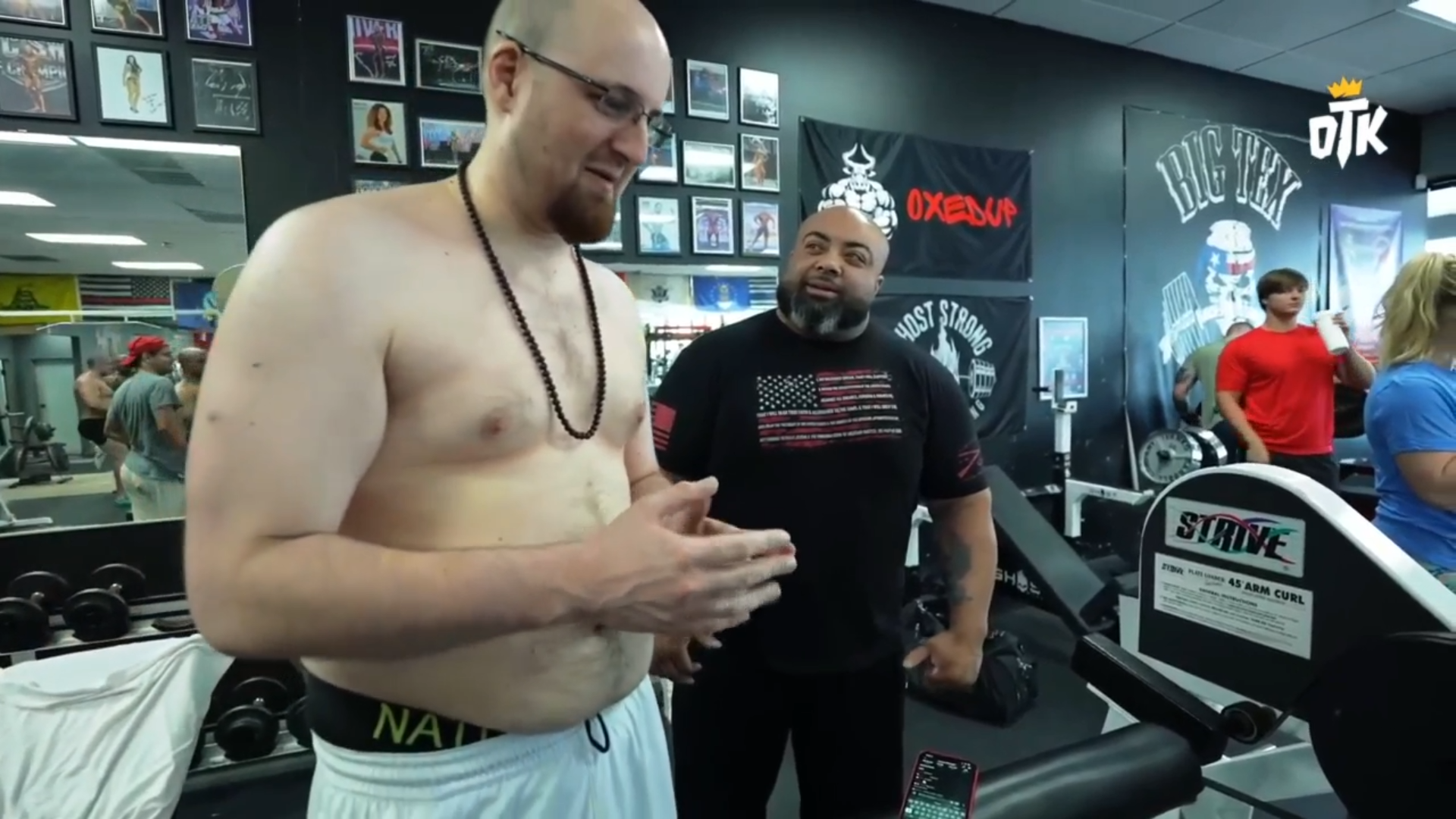 After the first three days of OTK’s fitness boot camp with Norwegian body builder and streamer Knut, Tectone reflected on his recent gym experiences and pushed back against stereotypical depictions of “gym bros.”

OTK’s most recent collaborative endeavor, Camp Knut, has seen one of Twitch’s most-viewed groups venture into the world of fitness. For many of the participating content creators, this is their first time they have committed to a consistent workout routine and diet. While it may seem like a daunting task for some, Knut said he hopes the event can encourage other gamers to feel comfortable at the gym.

Tectone, one of Camp Knut’s participants, spoke on his experiences thus far. The streamer attempted to debunk negative generalizations about gym culture and dispel the “gym bro” character, which may have prevented many from ever entering a gym.

“All these people think there’s this gym bro mentality, where everybody is going to shit on you—they’re not,” Tectone said, “They’re just not. If one does, the important thing to remember is that it’s just the one.”

The OTK partnered streamer named Andrew Tate and GreekGodx to affirm the dangers of generalizing, using personal anecdotes to create broad, negative generalizations against women. Likening such generalizations to the common depictions of “gym bros,” Tectone stated “generalizations are incredibly, incredibly toxic and you should never fucking do it.”

Though only three days into Camp Knut, the positive effects of the workout boot camp have clearly shown, with Mizkif even crediting it as “the best thing that’s ever happened to me.” Hopefully not only beneficial to the streamers, Tectone and others involved have sought to root out damaging rumors about fitness generally.