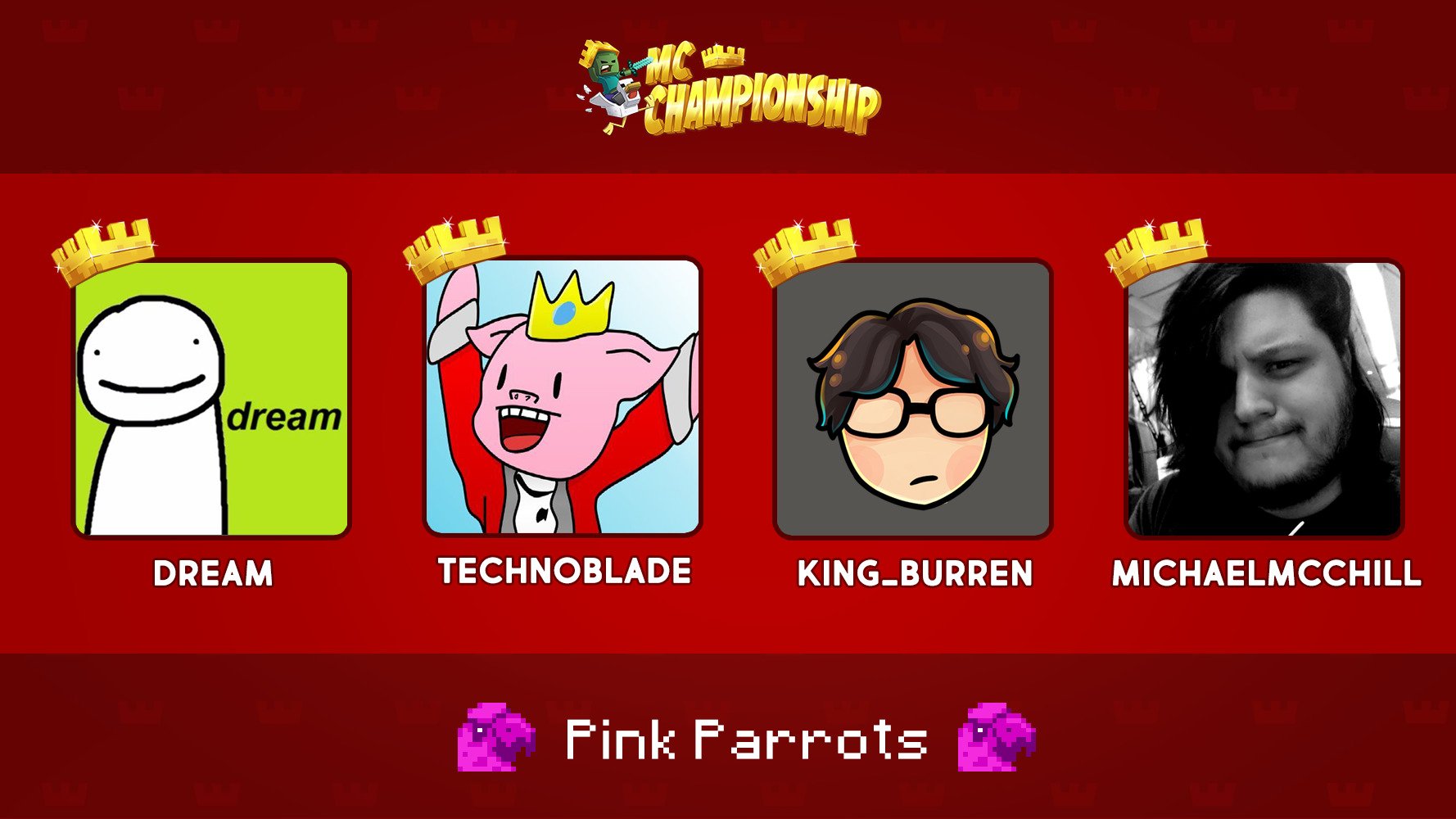 From early favorites to Minecraft Champions, the Pink Parrots came back from a late deficit to overcome the Aqua Axolotls and win MC Championship 8.

The dream team of Technoblade and Dream along with King_Burren and Michaelmcchill dominated the event early and clutched out a tight 3-2 win in the final round of Dodgebolt to take home the championship.

Pink Parrots only won two of the eight main events, though they finished within the top five of nearly all of them. In the end, it was Dream who made the final shot down HBomb94 in Dodgebolt, reclaiming the gold for his team.

Their main competition, the Aqua Axolotls, made up of Quig, fWhip, Smallishbeans, and HBomb94 actually had a fairly slow start. But starting in the fourth round, the team took off, placing in the top two throughout the rest of the event, even winning the final three games.

Other teams like CaptainSparklez’s Cyan Creepers and Sapnap’s Green Guardians made late pushes but fell short in the final rounds. Meanwhile, the Red Rabbits had an early advantage but slowly fell down the standings as the event went on.

Pink Parrots were labeled as the favorites early on as both King_Burrent and Michaelmcchill won the first MC Championship trophy and Technoblade was a part of the winning team of MC Championship 3. Both Techno and Dream are considered to be top-level Minecraft competitors and have battled for the title several times.

It is unlikely this team will return in a similar form for MC Championship 9, even though the end results showed that the Pink Parrots weren’t an overly dominant force like some early predictions showed.