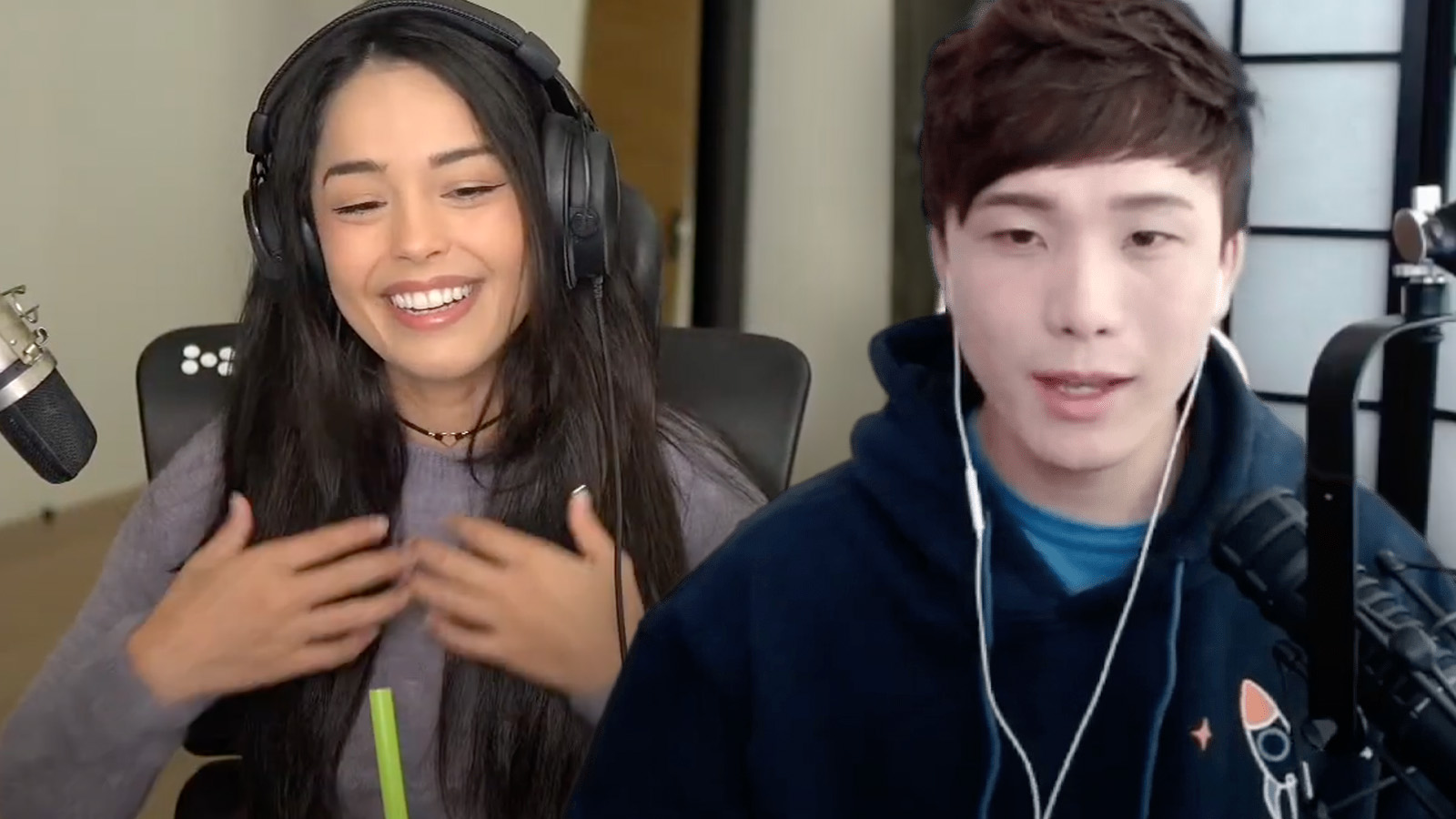 Sykkuno has been friends with Rachell “Valkyrae” Hofstetter for several years now. The YouTube stars formed a wholesome friendship at the peak of the Among Us craze in late 2020.

But, it still blows his mind how famous she is, especially when they travel together like they did last week to see Valkyrae’s Times Square billboard reveal in New York City, New York.

But while it means she draws a lot of attention when they’re hanging out in public, which can be daunting to Sykkuno due to his reserved nature, it comes with the hilarious perk of scoring free stuff.

Sykkuno said he and Miyoung went to a Starbucks Reserve Roastery every day while they were in New York City and nobody recognized them or offered to give them free stuff—not that he expected it either.

“I don’t know how to say this,” he said, “We went there every single day, no free stuff. Not complaining. I’m not asking for free stuff. It’s totally fine. We go there every day. Nothing happens.”

But hilariously, that changed the one time Valkyrae joined them. “The one day Rae shows up, they’re like, ‘Oh my god! Have some free cake and some free tiramisu. Here’s some lanyards. I didn’t even know they had those!

At first, he joked around saying it was a “crazy coincidence.” But then he explained it’s because of her larger-than-life fame, which the billboard has only added to. “It’s crazy, I tell you!” he laughed.

Valkyrae is one of the most popular streamers in the world. She has almost four million followers on YouTube and Instagram, and another three million on Twitter. All up, that’s more than Dr Disrespect.

So, it’s not surprising being friends with her and hanging out in public places can sometimes result in freebies. However, Sykkuno has millions of followers himself, so he’s not far behind.